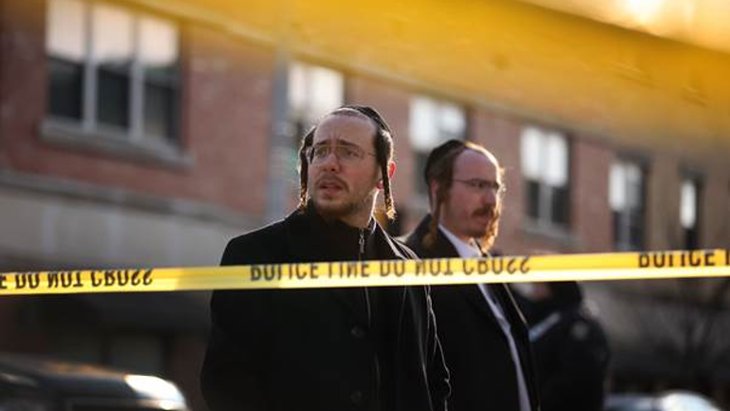 Dealing with crisis intervention and trauma in the wake of the murderous attack.

With the echoes of sirens and bullets still rebounding off the brick wall buildings of this small urban enclave, my team of volunteer first responders is on the ground. Part of Project Chai's Crisis Intervention, Trauma and Bereavement Department, they move in, superbly prepared to face the victims, the witnesses, the survivors and the spectators who have endured hours of fear and terror. These are Chassidic men and women, trained to provide intervention when crisis strikes and as trauma sears its way into the minds and bodies of those who have been impacted by tragedy.

We pre-briefed our team leaders, and this group, coming from their homes and their jobs, knows the nature of trauma. Some are teachers. Some are EMTs. Some are mental health professionals. Some are rabbis. They have all earned their RRR degree – they are Respectful, Respectable and Respected by others. They understand terror, they comprehend pain, they overlook blood and injury and, yes, carnage, as they triage, rapidly assessing which person will respond optimally to which team member. They converse in Yiddish, yet they also speak English and Spanish, and many other languages, because they attend to Jew and non-Jew, Chassid and atheist, persons of color and persons of prejudice, none of that matters. Trauma has no favorites, and spares nobody.

The team spends the long afternoon and late night in Jersey City. There are students who have been on lockdown in their school which is in the building housing the kosher store from where the shooting was done. There are parents who have waited in fear, and in tears, not knowing what they would discover. There are pedestrians ordered off the street by the courageous police officers struggling to get the catastrophe under control. There are teachers who sheltered their young charges, in this school, and in the next and in the one nearby. Some cannot speak. Some cannot stop speaking. Some cannot move and some cannot keep still. This is the face of trauma, and the body of the traumatized. The interventions begin.

We distribute materials for schools and for parents on understanding their reactions and how to respond as their young ones react with their own thoughts, feelings and behaviors. We present phone consults and phone conferences, in English and other languages, to provide guidance, support and encouragement. The team members huddle to process what they are seeing, hearing, and noting, about the range of distress signs. They call for supervision. They continue the next day and the next. There are, tragically, death notifications to be made. They handle that. There are school presentations to be undertaken. They do that across the adjacent states of New Jersey and New York. They attend funerals, to offer support and reassurance where needed, when the shuddering and tears and anguish overtake family and stranger alike.

A new wave of anxiety surfaces as word emerges from the authorities that this was no random act of violence. Words such as “targeted”, “hatred”, “terroristic”, “anti-Semitic” appear in the news, and now Jewish people across the continent and across the ocean experience further reactions. A new fear, a very, very old and atavistic feeling infiltrates the erstwhile sense of security and assumptive safety which so many older Jews yearned for as the moved to these shores. They fret and query: “Is it happening here too?”

Yet, as I tuned into the news today, I got a different perspective. I watched the cameras scan the site of the attack, outside the little kosher store. There was a small street rally. I listened as one after another individual explained that the whole calamity was the Jews’ own fault. I learned that these things never happened until the Jews moved in. I heard how the Jews were the cause of these shootings. And amidst the expletives describing obscenely what Jews actually are and what Jews should do, I was informed that much more of this Jew-killing needs to keep happening. And I watched as one of the Chassidic first responders spoke gently to one protestor, intuiting from the angry invective that they too might have had a child affected by the hostage siege, and he offered gentle words of consolation.

I am impressed with that man’s demeanor and humanity. And in contradistinction with their vulgar attempt to describe this religion and culture, I concluded that this is what Jews actually are, and this is what Jews should do.