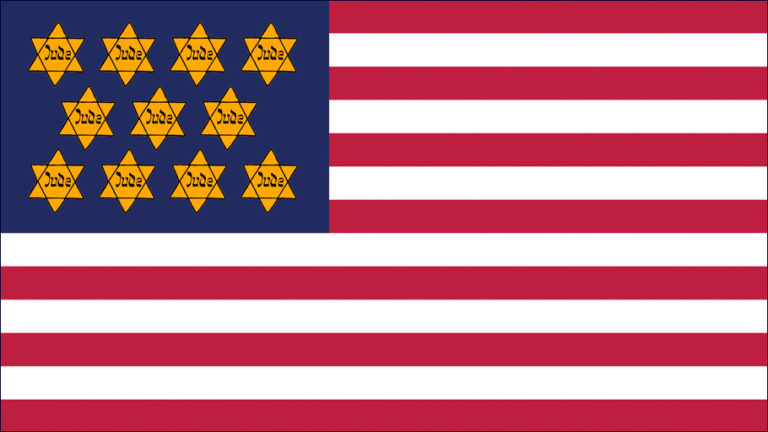 The rise of anti-Semitism in America can also been seen in the political sphere.

Patrick Little says he’s dedicating his life to exposing Jews who supposedly “control” the United States. He “woke up to the Jewish question” and has described himself as “counter-Semitic” who wants the United States to be “free from Jews.” Little is running for California’s U.S. Senate seat and defeat four-term Senator Diane Feinstein, whom Little describes as a “Zionist (expletive)”. 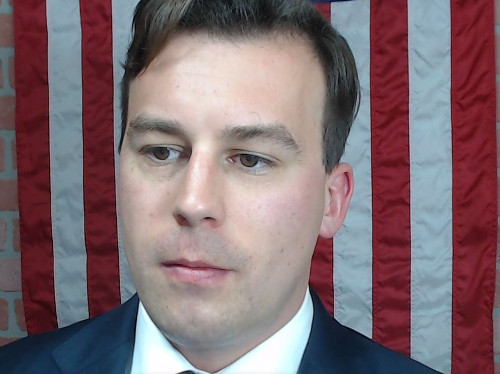 In the past, such extreme anti-Semitic views might have rendered Little politically toxic, but today Little is a viable candidate. He’s leading the pack of ten Republican challengers who hope to unseat Sen. Feinstein. The California Republican party has disowned Little, and forcibly removed him from its state convention this past Saturday. Delegates describe how Little spat on the Israeli flag. Despite this type of offensive behavior, Little continues to enjoy public support and remains Sen. Feinstein's leading challenger in the polls. If he wins the June 5 primary, he could face Sen. Feinstein in the general election in November.

While it’s highly unlikely Little would win the general election, the fact that’s running at all - and that he’s being taken seriously as a candidate by millions of California voters - has many American Jews on edge. In recent months, several politicians and candidates across the political spectrum have voice overtly anti-Semitic views that would have been unthinkable just a few years ago.

One might think that having led the American Nazi Party would disqualify a candidate for serious consideration in Chicago today, but the Republican primary election of March 20, 2018, proved otherwise. Arthur Jones, a former leader of the American Nazi Party who currently heads an anti-Semitic white-supremacist movement, has long been a nuisance candidate in Illinois’ 3rd Congressional District, representing portions of Chicago and its southwestern suburbs. On March 2018, Jones ran unopposed as the only Republican candidate on the primary ballot, and won. He’ll now head off against incumbent Rep. Dan Lipinski on November 6. 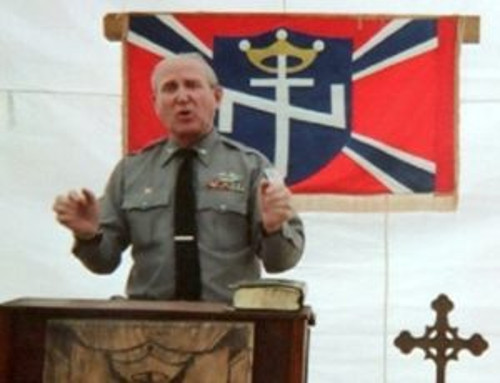 The Illinois Republican Party has decisively opposed Jones, saying, “We strongly oppose his racist views and his candidacy for any public office, including the 3rd Congressional District”. Tragically, however, Jones’ candidacy and new-found prominence has helped him to disseminate his hateful views, including denying the Holocaust, and accusing “world Jewry” and Zionists of terrorizing non-Jews.

On May 5, 2018, Leslie Cockburn, a documentary maker and writer, received the Democratic nomination for the 5th Congressional District in Virginia, the state’s largest. On November 6, she’ll face off against Rep. Thomas Garrett in what is widely expected to be one of the country’s toughest fought races. Cockburn’s selection has shocked some voters who recall a book she wrote in 1991 that put forward patently false, ant-Jewish conspiracy theories. 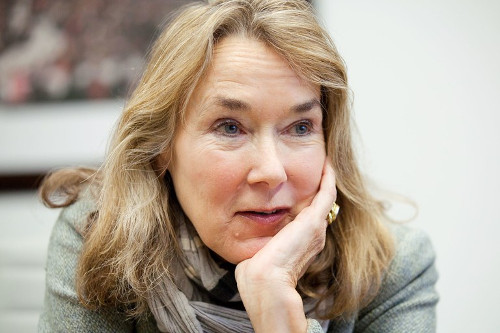 “Dangerous Liaison: The Inside Story of the US-Israel Covert Relationship”, which Cockburn wrote with her husband, accused Israel of secretly controlling American policies. A New York Times review of her screed noted “their book, supposedly a history of the secret ties between Israel and the United States, is largely dedicated to Israel-bashing for its own sake. Its first message is that, win or lose, smart or dumb, right or wrong, suave or boorish, Israelis are a menace. The second is that the Israeli-American connection is somewhere behind just about everything that ails us.”

The review also quoted a co-founder of the Virginia Holocaust Museum in Richmond, Virginia, noting that Cockburn’s claims were incorrect: “I don’t know to which hate group she was trying to cater...but her claims are wildly inaccurate.”

Blaming Jews for the Weather

First-term Democratic Washington DC City Council Member Trayon White was considered an up and coming local politician - until a Facebook post he uploaded on March 16, 2018 went viral worldwide. In it, Martin is seen driving through the streets of Washington DC as it begins to snow. Martin began a bizarre rant, blaming the Jewish banking family “the Rothschilds” for “controlling the climate to create natural disasters.” 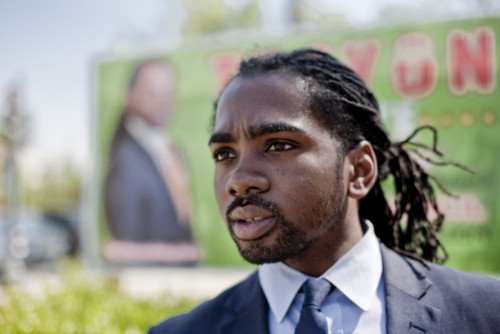 It’s long been a staple of anti-Semitic conspiracy theories that Jews somehow manipulate global events. It was chilling to hear this anti-Jewish trope being parroted by an elected city official, and it was especially worrying to hear this old conspiracy theory in a bizarre new form: to blame Jews for a snowfall implies a hatred that’s visceral and extreme. It soon emerged that this was no momentary lapse, when reporters uncovered evidence that White had donated constituent funds to a Nation of Islam event at which anti-Jewish statements were made.

Standing by while Jews are Slandered

In the wake of the furor over Trayvon’s preposterous Facebook post, a Washington D.C. Housing Authority Commissioner, Joshua Lopez, decided to organize a “Unity Rally” to support his embattled colleague. On April 26, 2018, about two dozen people assembled on the steps of the District’s Government building. A representative of the Nation of Islam was among them, and he verbally attacked D.C. Council Member Elissa Silverman, one of two Jews on the District’s council, calling her a “fake Jew” and referring to Jews as “termites”.

Lopez stood by without challenging these odious remarks. Following an outcry, Lopez resigned his post on May 1.

One of the leading contenders to replace U.S. House Speaker Paul Ryan is an avowed anti-Semite. Paul Nehlen has seemingly endorsed a book that blames Jews for tainting Nordic peoples, and tweeted a list of media figures he said were either Jews or married to Jews. (Twitter banned him following that and other offensive posts.) He has also embraced the slogan “It’s okay to be white” and white supremacy ideology.

Although the Wisconsin Republican Party has formally repudiated Nehlen, returning his membership dues, Nehlen is continuing to campaign for Wisconsin’s Republican primary on August 14, 2018. Shockingly, this odious figure might have a chance of winning. Although Nehlen lost to Mr. Ryan by 68 points in the 2016 Republican primary, Mr. Ryan has announced he will not seek re-election, and Nehlen seems to be out-spending the only other Republican in the race, Nick Polce, an army Special Forces veteran. As of mid-April 2018, Nehlen had raised $160,000 for his election campaign, against Polce’s $18,000.

Although it’s doubtful that Nehlen could win office in the general election on November 6, he’s been using his new-found prominence to spread his odious views about Jews and other minorities.

When an April 16, 2018 Brooklyn community board meeting discussed gentrification in the borough, one resident noted that people were constantly ringing her doorbell to ask if she’d consider selling her house. “It must be Jewish people,” exploded Brooklyn Assemblywoman Diana Richardson, immediately echoing classic anti-Jewish stereotypes that Jews somehow seek to harm others. 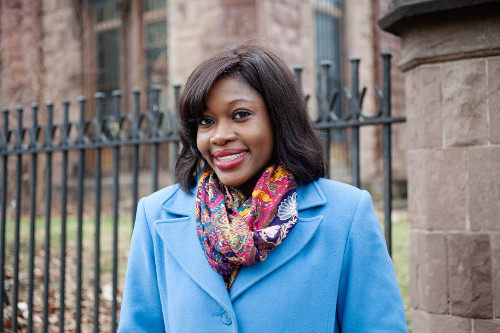 Another Brooklyn Assembly member, Carl Heastie rebutted Richardson’s outlandish claims, and later dressed her down in front of the entire Democratic caucus. Since then, revelations have emerged of Richardson’s unhinged behavior in other political meetings, as well, and calls are mounting for her to resign. Even if she heeds demands to quit politics, her obvious contempt for Jews signals a larger problem: that anti-Jewish attitudes are found even among respected leaders in local politics.

With so much hatred directed against Jews and other minorities in America today, it’s crucial to speak out against anti-Semitic speech, wherever it comes from. With elections looming across the country, and the Midterm Elections coming up soon, it can be tempting to put politics ahead of human decency and look for ways to dismiss candidates’ hateful rhetoric. Doing so would be a significant mistake.

As Vice President Mike Pence eloquently said, “We cannot do democracy without a heavy dose of civility.” It’s a lesson we as a body politic need more than ever today.

What’s the Wealthiest Place in the World?