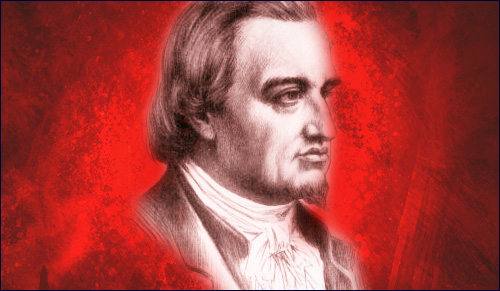 How the founding father of international finance remained humble and steadfastly committed to Torah values.

My maternal grandparents are Rothschilds. Inevitably, when I share this information with anyone, their immediate response is, "You mean the rich ones?" I always respond with the answer that my grandfather gave me when, as a young child, I asked him the same question.

He recounted, with a twinkle in his eye, that when the patriarch of the Rothschild family, Baron Mayer Amschel Rothschild (1744-1812), was on his deathbed he turned to his two sons and said to one of them, "To you I bequeath all of my wealth," and to the other he said, "And to you I bequeath the brains and smarts." My grandfather concluded by saying, "We didn't get the wealth!"

Mayer Amschel Rothschild was an incredible man, commonly referred to as "the founding father of international finance" and ranked seventh on the Forbes magazine list of "The 20 Most Influential Businessmen of All Time." Yet, while he regularly circulated in royal circles as financier to Europe's kings and queens, he remained steadfastly committed to Torah values and Torah observance. He was also known to be exceedingly humble.

This blend of extreme fame, massive wealth and humility is a rare anomaly. What exactly was the secret to his pious and grounded life?

There is a well-known story that has been passed down through the generations that may be the key to unlocking this mystery. Mayer A. Rothschild once hosted a well-known Eastern European Torah scholar at his mansion in Frankfurt-Am-Main. At the end of a busy work day the Baron invited his illustrious guest to accompany him on a stroll through the mansion's expansive gardens. As they walked, deep in conversation, they passed a small quaint cottage within the confines of the mansion.

The Torah scholar asked the Baron about the nature of the cottage. The Baron replied that it was his private office. The perplexed guest pressed further, ”But don't you have a private office in your home? Why the need for two offices?"

The Baron tried to change the subject, hoping that his guest wouldn't belabor the issue. But the Torah scholar persisted and the Baron finally capitulated and led him towards the cottage. He reached into his pocket and removed a key to open the door. He turned to his guest and related that even his own family members had never seen the inside of the cottage. When the guest saw the interior, he was shocked!

The bare windowless room was completely empty except for a coffin in the center of the floor. Inside of the coffin were burial shrouds, and the book Ma'avar Yabok (a handbook of Jewish Law on death and mourning).

Seeing the shock on the Torah scholar's face, the Baron explained, "My professional life affords me the opportunity to interact with Europe's kings, princes, the rich and famous. I know that I can easily slip into the pitfall of arrogance and start believing that it is thanks entirely to the power and might of my own hand that I have prestige and wealth. So, at least once a day I try to slip out into the garden, enter this cottage, don the shrouds, lie in the coffin and recite the final prayers and confession. This keeps me grounded and humble.”

In the Torah, Moses warns the fledgling Jewish nation on the precipice of the Land of Israel, "Take care lest you forget Hashem your God... lest you eat and be satisfied and build good houses and settle... and increase silver and gold for yourselves and everything that you have will increase and your heart will become haughty and you will forget Hashem your God who took you out of the Land of Egypt... And you may say in your heart ‘My strength and the might of my hand made me all this wealth.’ Remember that Hashem your G-d is the one that gave you strength to make wealth" (Deut. 8:11-18).

Baron Rothschild internalized this lesson and took extreme measures to ensure he never forgot that his wealth and fame were a gift from God.

America is one of the most affluent societies in the history of mankind, and the challenge of maintaining one’s values in the face of a culture that prizes wealth and affluence is a constant one. Perhaps we can borrow a page from the good Baron's playbook and ensure our continued prosperity by attributing our financial successes to the real source of our good fortune.

This story has also been attributed to other great historical personalities such as Sir Moses Montefiore or a later heir to the Rothschild dynasty. Regardless, it's timely message is legendary.

Facebook is Radicalizing Us
It Takes A Lot Of Faith To Be An Atheist
How Instagram Brought Back This Nostalgic Soup
What Makes Eli Run?
Comments
MOST POPULAR IN Current Issues
Our privacy policy