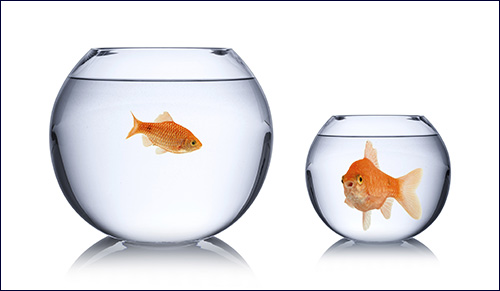 The connection between envy and the holiest day of the year.

Do you want to know the secret for having a happy life?

Strangely enough, we can derive the answer from Yom Kippur, the day that seems to be dedicated to depriving ourselves of pleasure. But to really understand it we have to grasp the deeper purpose of this last of the 10 days of repentance.

It's no coincidence that the number of days set aside by Jewish tradition for introspection and self improvement correspond exactly to the number of commandments God carved on the tablets of law He gave us on Mount Sinai, the greatest summary of our prescription for righteous living.

The 10 days from Rosh Hashanah through Yom Kippur present us with an opportunity to set aside one day for each one of the categories alluded to in the Decalogue.

We begin our spiritual journey on the first two days of Rosh Hashanah by stressing our commitment to the first two commandments. We emphasize our dedication to the existence of God as well as to his oneness – “I am the Lord your God” and “you shall have no other gods before me” - as we blow the shofar and acknowledge his Divine rulership and judgment.

With every passing day we follow the progression of the 10 Commandments to ever greater levels of difficulty. The sequence of the Decalogue, the rabbinic sages explain, is rooted in the divine assumption that every step we take in a spiritual program of self perfection allows us then to move forward to even greater heights. Just as physical training proceeds by way of learning to master ever more strenuous and difficult tasks, so too does our moral code move forward with greater and more demanding challenges.

The 10th and last commandment – “Thou shalt not covet” – the one that requires of us to control not only our actions and words but even our thoughts, is clearly the most daunting and the most difficult one of all. Yet, in its concern for the elimination of envy and its attempt to convince us of the folly of spending our lives seeking to accumulate more and more of the things others possess, it is almost certainly the most relevant of the Commandments for contemporary times.

“Thou shalt not covet” corresponds with Yom Kippur, the 10th and last day of repentance. it deserves to be the focus of our attention on Yom Kippur because only by mastering its message can we hope to achieve self-fulfillment and happiness.

What is it, after all, that makes so many people feel like failures? On a superficial level the simple assumption is that we are depressed because we are deprived. The truth is that it is not so. Our obsession for acquiring wealth has far less to do with our personal wants than with our refusal to have less than others. We have to face up to the fact that, as Frank Ross put it, “It is not so much what we haven’t, but what others have that makes for unhappiness.”

A fascinating psychological study proves the point. The following question was posed to a representative sampling of people: Would you rather earn 100,000 dollars when everyone around you is making $50,000 or would you rather make $200,000 when everyone around you makes $400,000? The study made clear that the question assumed that the cost of living and goods stays the same. A rational person would choose the second option, where he makes more money but less than people around him. That way he will have twice as much to spend. In reality most people picked the first option. The most important consideration was simply being richer than other people!

That’s why there is a multibillion-dollar industry in the world today whose purpose is the systematic propagation of envy, the acceptance of the new tenth commandment, which now reads, “You shall covet.” The name of the industry is advertising. Its goal, as frankly admitted by advertising guru B. Earl Puckett, is this: “It is our job to make men and women unhappy with what they have.”

Every few months, fashions change. What is “in” one month is “out” the next. One week you’re an outcast if you’re not wearing a certain kind of sneakers. The next week, you’re out of date and a geek if you haven’t switched to another brand. Why must you constantly have something else? Because big business needs consumers. So consumers have to be taught what they need rather than to have their real needs met.

There’s no big secret which emotion Madison Avenue wants to appeal to most. Gucci was brave enough to admit it when it called a new perfume it was trying to popularize, “Envy.” Remarkable, isn’t it, that what the Torah has identified as the basic cause of human suffering – the sin of envy – has become the very feeling the age of advertising wants us to strongly embrace.

How many times a day are we told not to be happy with what we have because others have more? Thomas Clapp Patton, in his book Envy Politics, gives us the staggering figure that Americans are exposed to about 3,000 ads a day. Big-city newspapers consist of 70 to 90 percent ads rather than news. The subliminal message is always the same: Whether you really need it or not, don’t be without what other people have.

If the desire for something is based on need, then fulfillment brings contentment. If the goal, however, is to overcome the need to covet the acquisitions of others, then we are doomed to disappointment and to ever-greater dissatisfaction. There’s always somebody who has a little bit more – enough at least to stir up within us sufficient envy to prevent us from being content with what is ours.

A study published this past June in Psychological Science confirmed what we should have intuitively recognized. “The things we are trained to think make us happy, like having a new car every couple of years and buying the latest fashions, don't make us happy. Buying luxury goods, conversely, tends to be an endless cycle of one-upsmanship, in which the neighbors have a fancy new car and – bingo!– now you want one, too.”

So what really gives us true happiness? Faith in a higher power is high up on the list. Optimism based on belief in God is worth more than $1 million in the bank. A feeling of self-worth rooted in a commitment to a life lived with values provides far more satisfaction than unlimited amounts of stuff and more stuff to fill our closets.

The bottom line? The spiritual rewards reaped from a religious perspective far outweigh the benefits seductively paraded before us in the advertisements that daily bombard us with their false and alluring promises.

That is why we so desperately need Yom Kippur to help us rearrange our priorities. It is a day when we demonstrate that we can master our physical needs. We choose prayer over food. We choose communion with God over making more money. We do not wear our jewelry and our adornments so that no one need envy the possessions of others. We concentrate not on the things we covet that don't belong to us but on the blessings God has already granted to us that could give us so much joy if we only fully appreciated them.

And that's why, ironically enough, the day of Yom Kippur, with all of its deprivations, helps to teach us the real meaning of happiness and contentment.