PewDiePie and the Anti-Semitic Internet 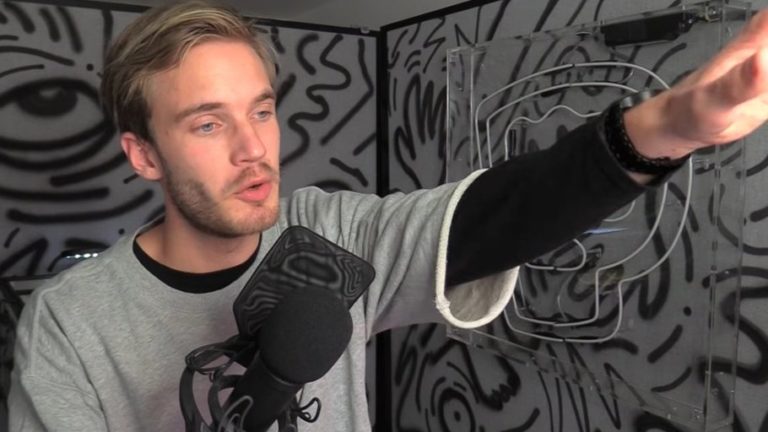 We must stand against ethical abuse – or risk the consequences.

Because PewDiePie’s audience is primarily teens and pre-teens, we might be forgiven for unfamiliarity with this 29-year-old Swedish commentator named Felix Arvid Ulf Kjellberg who is the world’s #1 Internet celebrity with 76 million YouTube subscribers and 20 billion views.

Yet ignorance is no longer an excuse. Today, PewDiePie – counted among Time magazine's "100 Most Influential People in the World" – is increasingly aligned with fascist ideology, influencing millions of adoring youngsters with racist, degrading stereotypes about Jews.

A few of PewDiePie’s online antics: giving the heil Hitler one-armed salute; creating a videotape of people dancing with signs saying “Death to All Jews”; and this month endorsing the YouTube channel E;R that broadcasts “great videos” like lengthy Hitler speeches inter-spliced with anti-Semitic images. 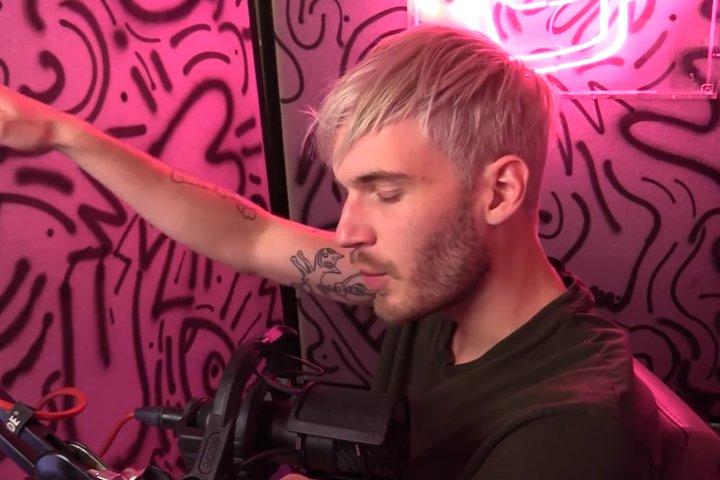 Based on PewDiePie’s recommendation, millions of new viewers have logged onto the E;R channel, indoctrinating a generation of young citizens with anti-Semitic code language like the “Jewish Question,” a reference to Nazi Germany’s “Final Solution to the Jewish Question.”

The Internet is humanity's great democratizer, where everyone has equal opportunity to be an influential voice. But popularity is not always the best criteria for determining society's direction. Hitler himself became German Chancellor through a democratic process, and in today’s world we must be vigilant against popular movements like Hamas and BDS that target Jews.

Even if PewDiePie is not an anti-Semite at heart, his flirting with anti-Semitic dog whistles and memes is unacceptably dangerous for a public figure influencing tens of millions of youth worldwide.

So how do we, as lovers of humanity in general and defenders of the Jewish people in particular, respond to this disturbing “mainstreaming” of anti-Semitism on popular Internet platforms?

The key question is: Why isn't YouTube stopping this, particularly in light of YouTube's community standards which prohibit hate speech?

YouTube permits offensive content when it is "satirical." PewDiePie harnesses this plausible deniability, repeatedly invoking the "satirical defense" for his anti-Semitic tropes.

Yet this is no laughing matter. When asked for the best method to brainwash people on the “Jewish Question,” the owner of the E;R channel responded, “Pretend to joke about it until the punchline /really/ lands.” Read: Until the toxic ideology becomes accepted and implemented.

There is, of course, the economic factor as well. Money makes the world go around and in this case, YouTube is loathe to alienate PewDiePie’s audience that generates hundreds of millions of dollars in advertising revenue.

This form of extortion is especially relevant given the cult of personality that PewDiePie's has cultivated. His fans demonstrate rabid support and react forcefully to any criticism of their hero. When PewDiePie was unceremoniously omitted from YouTube's 2018 year-in-review video, his young legions burst into action and within days had voted it the highest number of "dislikes" of any video in Internet history.

Criticism of their hero – no matter the solid facts to back it up – is labeled as "fake news." Just this week, PewDiePie's fans hacked into the Wall Street Journal, posting a fake "apology" to  PewDiePie, and another fan spent $1 million to promote PewDiePie on billboards in Times Square. 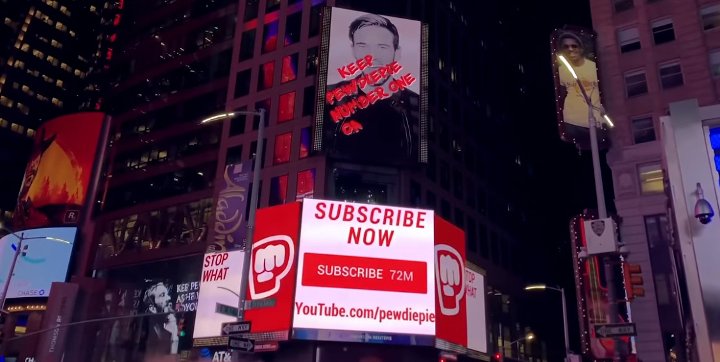 Judaism believes that ethics trump popularity. That is why, ever since Abraham began promoting the values of Ethical Monotheism, there have been haters. Abraham endured all types of mockery and persecution for his often-unpopular beliefs. Nimrod, the most powerful world leader at the time (and the one most threatened by these ethical ideas) tried to murder Abraham by throwing him into a fiery furnace.

For the one who rejects morality and conscience, the only way to get of rid of the message is to destroy the messenger.

The Talmud (Avot 5:22) contrasts Abraham to the biblical Bilaam, a mercenary willing to attack the Jewish people for money. The very name Bilaam is a contraction of the Hebrew words "Bi-lo Am," which means “without a nation.” His loyalty was dictated by whoever offered the most money.

So what are we to do in the face of such brazen lack of ethics?

The Torah refers to Avraham Ha-Ivri – Abraham the Hebrew. Ha-Ivri literally translates as "the one who stands on the other side." The entire world stood on one side, with Abraham standing firm on the other.

So whether it’s in the face of corporate food giants marketing sugary cereals to rural South America, or PewDiePie raking in the millions with his vile slurs, we need to stand forcefully against the ethical lapse on Wall Street, Hollywood, Silicon Valley, Washington DC, or anywhere else where profit controls policy. Do not turn a blind eye to PewDiePie. Speak up, voice your concerns and write YouTube.

The Power of Ideas

The Jewish people were given the responsibility to represent morality and be a light unto the nations. So despite being never more than a tiny fraction of the world’s population, the Jewish people have benefited the world immeasurably, far more than their small numbers would dictate.

The world desperately needs the Jewish message. By strengthening our own commitment to those values, we can fight darkness with light, banishing the barbarians – and their bullying creed of "might makes right" – into the shadow of the Jewish power of ideas.

Why I'm Raising My Children With God