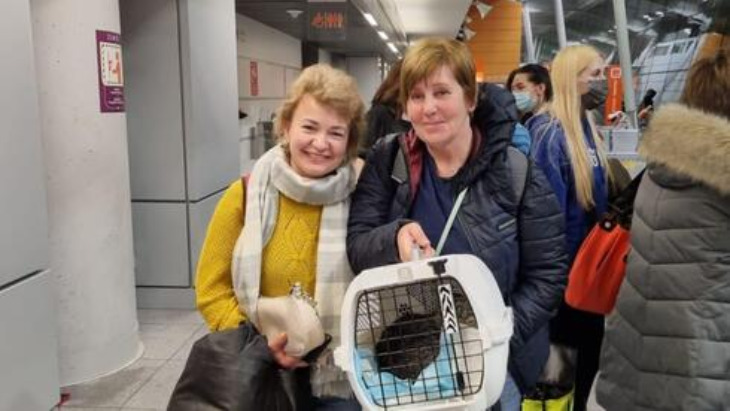 Valentina and Mariana Varshavky discover they have the same father on their way to Israel.

Since Russia launched its brutal invasion of Ukraine last month, over three million desperate Ukrainians have fled their country; more than 12,000 Ukrainians have found refuge in Israel. Last week, two women who joined this exodus made a startling discovery on the way.

Valentina Varshavky and Mariana Varshavky have many things in common: they were both born in Kyiv; both are Jewish, and they share the same last name. Valentina and Marina each have a child who felt a strong pull to live in Israel and who moved to the Jewish state. As rockets rained down on Kyiv, both Valentina and Mariana fled their besieged city on the very same day, finding refuge in Poland, where they each made plans to go to Israel to join their children and rebuild their shattered lives.

Mariana Varshavky is a 53-year-old psychologist. Her parents divorced when she was young. After her father remarried, he lost touch with Mariana and her mother. Mariana’s son Pavel, now 26, always dreamed of living in Israel and moved there in 2018. He lives in Ramat Gan.

Valentina Varshavky, 46, worked as a banker in Kyiv until last month. She and her husband have two children: 13-year-old Masha, and an older son, Nikita, 23, who moved to Israel when he was 17 years old and lives in Haifa.

With a 40-mile long convoy of Russian troops racing towards Kyiv in the early stages of the war, Mariana and Valentina knew they had to flee. (In recent days, Kyiv has come under heavy bombardment.) The two women made it over the border into Poland, where they each contacted the Jewish Agency, asking for help in moving to Israel. Mariana and Valentina, and Valentina’s daughter Masha, waited day after tense day in a Warsaw hotel, hoping for the moment when they could board a flight to the Jewish state.

A week and a half ago, they were finally cleared to go. They listened as a Jewish Agency employee read off their names and the names of 150 other Ukrainian refugees who were on their same flight to Israel. Mariana and Valentina heard their last name Varshavky being called and struck up a conversation, marveling at the coincidence of having the same surname. They soon realized with a shock that they had the same father. 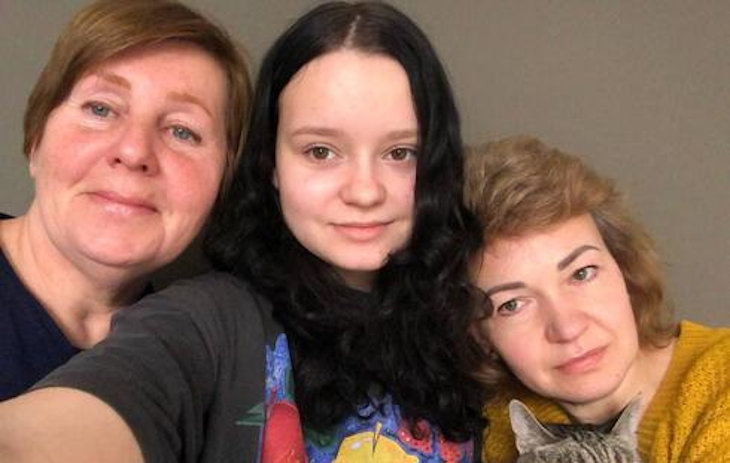 “I didn’t even know that I had another sister,” Valentina told reporters after making her startling discovery. “The most amazing thing is that amid all this chaos we found one another,” explained Mariana. “We thank the Jewish Agency, and we thank Israel and love Israel even more after our reunion in Warsaw. We got on the plane together, like one big family, and we’ll arrive in Israel. There we’ll introduce our sons to each other. What joy, what a miracle.”

On the day that Mariana and Valentina landed, March 9, 2022, they joined hundreds of other new immigrants to the Jewish state, hailing not only from Ukraine but also from Russia. “I never imagined I would end up doing what I am doing today. I’ve seen things I never thought I would see in my life, it’s like World War II, people sitting in lines for two days,” explained Shmuel Shpack, the Ukraine director for the Jewish Agency of Israel. In the face of overwhelming need, the Jewish Agency for Israel is doing all it can to help the tens of thousands of refugees who are clamoring to reach the Jewish state.

These refugees face daunting obstacles as they rebuild their lives. They need to learn a new language, find new jobs, and make new friends.

For Mariana and Valentina Varshavky and their families, creating new lives in Israel will be made much sweeter by knowing that they are doing it together with their newly discovered family.

In Egypt, Walking in the Footsteps of the Exodus
For Every Individual, A Torah Scroll
Allegiance To The Monarch
Meet the Real You: Yom Kippur
Comments
MOST POPULAR IN Israel
Our privacy policy
Aish.com Is Looking for Great Writers