Four Strangers, Three Faiths and One Extraordinary Escape to Freedom 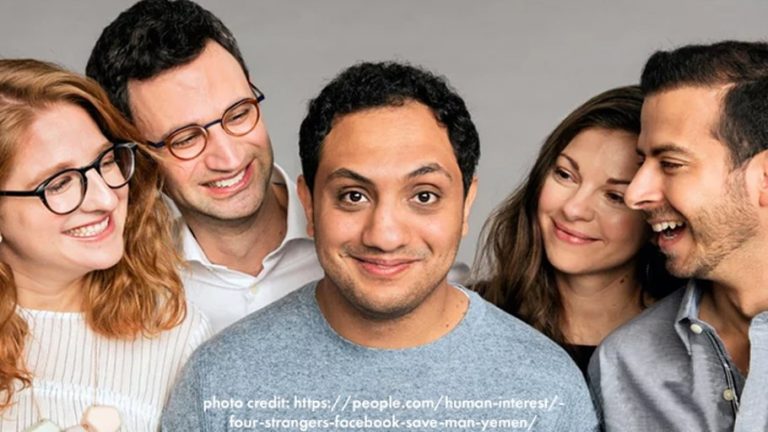 How three Jews and one Christian band together to save Mohammed Al Samawi.

Mohammed Al Samawi’s story of a hair-raising escape from Yemen reads like a pulp-fiction thriller. It has mystery, intrigue, hard-boiled characters, death threats, violence, getaway scenes and surprises at every turn – including Al Qaeda operatives who wait at his door to escort him to near-certain torture and four young Jews and Christians who save him.

We know the story ends well; Al Samawi lived to tell it in a book called “Fox Hunt: A Refugee’s Memoir of Coming to America” (William Morrow 2018). A movie also is in the works. 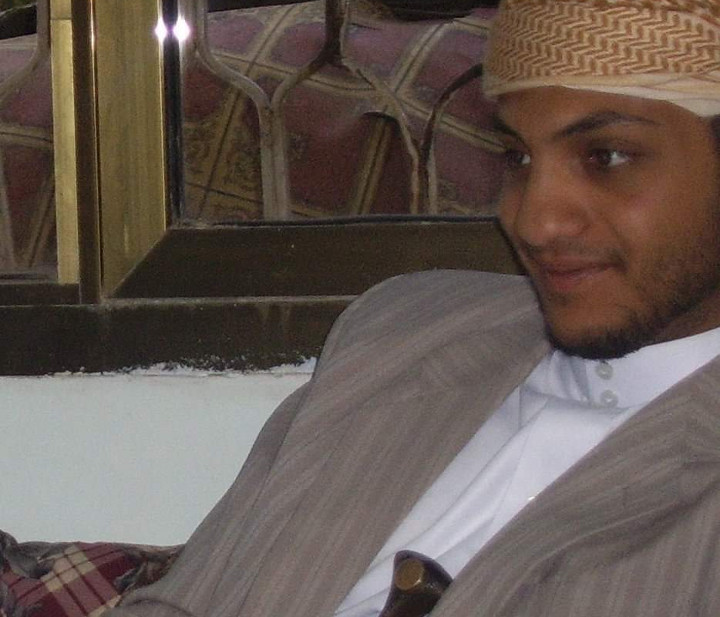 It all began in November 30, 1986, when Al Samawi was born in the Old City of Sana’a in northern Yemen, to a pair of middle-class doctors and a prominent family. He grew up in a five-story home hearing that he was blessed by God – and also that he was cursed by evil.

“I was special; I was odd. I was loved; I was resented. I was pitied; I was despised,” he writes. A small stroke as a baby left his right arm, hand, leg and foot withered.

“Mohammed, you are fortunate to be as you are,” his mother would insist. “It makes you unique.”

But for Al Samawi, the middle of five children, being different was awkward and painful. He was jealous of other boys and ached to play ball with them. He was bullied and teased instead. Little could he imagine that his disability would be the impetus for strength, leading him from the maw of danger to the embrace of a world eager to know and help him.

Instead of focusing on the schoolyard tyranny, his parents encouraged him to develop a talent to make him feel special and proud. Under his father’s tutelage, Al Samawi began to train his brain and study languages. He started learning English and had the chance to study at the Canadian Institute in Sana’a.

When Al Samawi gave his British teacher a copy of the Koran to read, trying to convert him to Islam, the teacher gave him a copy of the Bible, an act that was going to change his life.

Reading Torah was a Turning Point

The Bible captured Al Samawi’s imagination. Only, he didn’t realize the first part of the book he was reading was the Torah, not the Christian Bible. Taught to hate Jews and Israel, likened to foxes preying on the sick and the weak, he was intrigued and hungered to know more.

“I’d spent my entire life hearing about the Jewish agenda,” he writes in “Fox Hunt.” 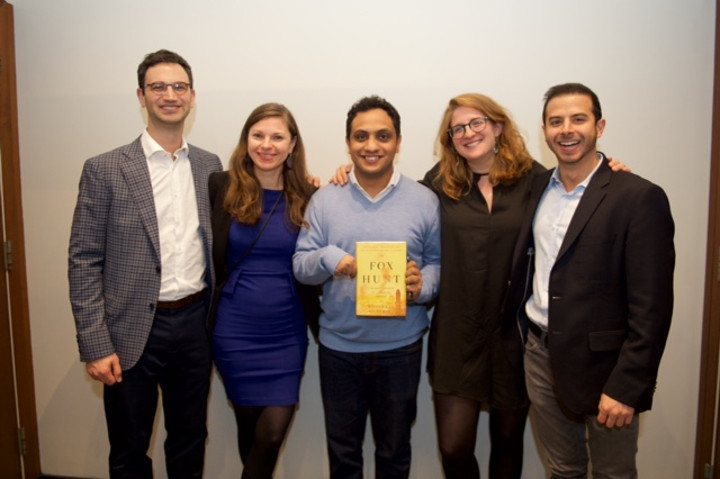 Mohammed with his 4 rescuers

“As a child, I’d heard the name Hitler in school. I asked about him in class, but the teacher said that he was part of World War II, Western history. All we needed to know was that Hitler was a hero for killing many Jews and burning their literature. We’d been taught their books were dirty, amoral, sinful, impure, demonic. And yet I’d liked this book. There was nothing impure about it. Everything I thought I knew, my entire basis of good and evil, was being thrown into question.”

Al Samawi wanted to dig deeper and speak with an actual Jew. The problem was, he couldn’t find one in Yemen.

Al Samawi wanted to dig deeper and speak with an actual Jew. The problem was, he couldn’t find one in Yemen, so he went online to meet others from different religions to promote peace. He even traveled to conferences in other countries focused on peace and religious tolerance, where he met participants with last names like Pincus, Rosen, Steinmetz and Frankel.

Before he knew it, he’d visited a synagogue and put on a yarmulke and witnessed Jews at prayer. He started to make new friendships.

The fallout from obedient, devout Muslim boy to open-minded, adult citizen of the world working for peace and religious tolerance came quickly.

Targeted with death threats for his association with Jews, Al Samawi knew he had to get out because he was putting his family at risk. He fled to Aden in southern Yemen.

But Aden was no Garden of Eden. Al Samawi ended up in what quickly became a civil war zone. Explosions rocked the city. The seaport and the airport were under siege. Al Qaeda was issuing ultimatums to northerners to leave Aden within 24 hours “or we will deal with them.”

Living in an apartment by himself, Al Samawi used the bathroom as his safe zone. “I counted my steps. Three to get from the door to the wall; two between the toilet and the mirror. My new apartment in Aden was big for one person, but I hadn’t planned on taking refuge in the bathroom.”

He turned to social media for help.

A handful of virtual strangers he knew from conferences responded to his desperate plea on Facebook. Three young Jews and one young Christian worked across six technology platforms and 10 time zones to free 28-year-old Al Samawi and bring him to safety in America in 2015.

As Al Qaeda closed in on him, they stayed by his side electronically through thick and thin.

Over 13 days, Megan Hallahan in Tel Aviv, Justin Hefter in San Francisco, Natasha Westheimer in Oxford and Daniel Pincus in New York – none of whom had experience in diplomacy or military tactics – worked to find contacts who could save Al Samawi from near-certain death. They stayed by his side electronically through thick and thin, as Al Qaeda closed in on him. At one point, a pair of fighters were literally at Al Samawi’s door, waiting for him to produce an ID that would show he wasn’t from the north.

Inside by himself, he tapped out what he thought would be his last message ever: “Daniel, I got caught by Al Qaeda, what do I do?” 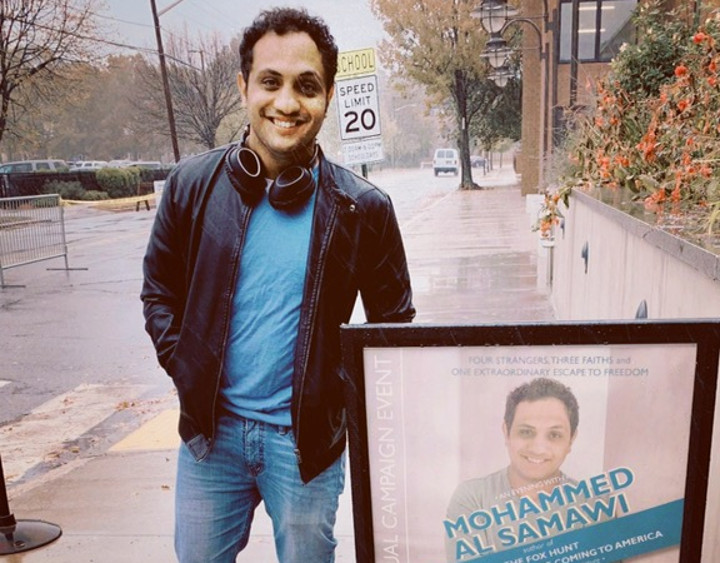 On a speaking tour

From his apartment window, Al Samawi could see other fighters dragging a man who looked like a northerner into the street and kicking and hitting him with their rifles. The fighters outside his door must have joined in, because looking out the peephole, Al Samawi saw the hall was empty.

Pincus, a 39-year-old Jewish businessman and philanthropist, says the team came together on an ad-hoc basis to help save Al Samawi’s life. They went down a lot of rabbit holes before putting him on a fishing boat in the port of Aden to take him out to a ship evacuating Indian citizens from Yemen.

“There are so many people who deserve credit,” Pincus told Aish.com during a book speaking engagement with Al Samawi in Atlanta. He added modestly, “It feels uncomfortable for people to think we did something heroic; I never put my life at risk. We were fortunate to be able to make connections with people in government and use tools in social media.”

Said Pincus: “It felt inspiring there were people in the world who could and did do something great.”

For his part, Al Samawi has been amazed by how the Jewish community has always been ready to help him. His story resonates with many. He often hears, “Your story reminds me of my mother’s story when she escaped the Holocaust.” 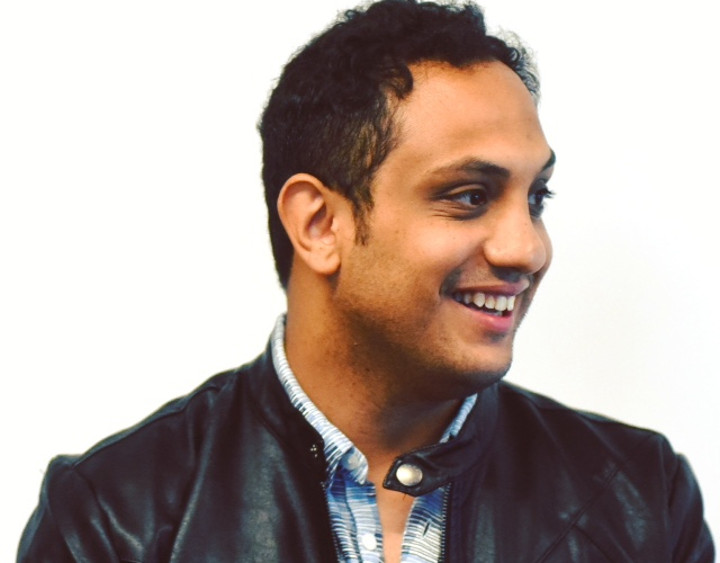 Pincus’ father left Chile in 1970 during a period of social unrest and political tension to study in the United States. The Chilean coup d’état against the government of President Salvador Allende happened three years later. “There is a tradition in my family of understanding that people of almost every generation find themselves in a bad situation and need to get out.”

Hefter grew up in an observant Jewish family in Highland Park, Ill., and heard stories about his parents’ activism. In the 1980s, they helped a Jewish family escape religious persecution in the Soviet Union.

Small acts of service make a difference. That’s one of the messages Al Samawi hopes that his book conveys. “If you believe in something and you work on it, it will happen,” he says. His team of three Jews and one Christian never lost faith in him and always wanted to do whatever they could to help. They enlisted the support of countless others to produce the miracle of saving a life.

Al Samawi says there is still a long way to go. “Now, I have a book, a movie, speaking engagements, a life where I go to different cities every day. I can’t enjoy it. My family, my friends, my people are suffering because it’s such a horrible war.”