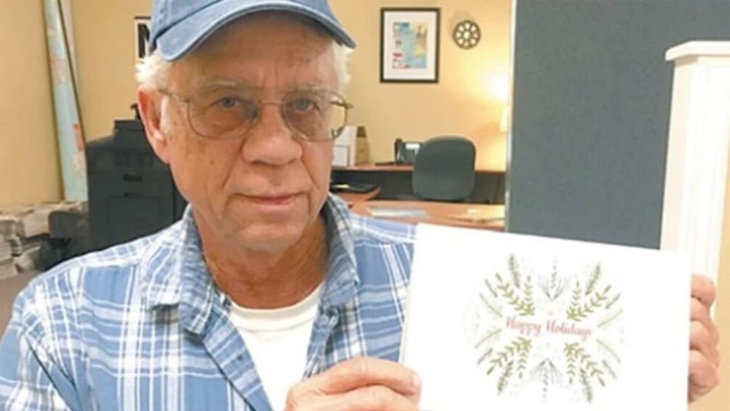 What drove Mike Esmond to generously pay overdue utility bills for strangers at risk of their gas and water being turned off?

Mike Esmond, owner of a construction company in Gulf Breeze, Florida, wrote a check this month for $7,600 to pay off overdue utility balances for 114 residents of his city. All of them were at risk of their gas and water being turned off before his magnanimous gesture. His community in the Panhandle has been hit hard, not only by the pandemic but because they haven’t yet recovered from Hurricane Sally in September.

This isn’t the first time he showed such generosity to total strangers for seemingly no reason at all. In November of 2019 Mike walked into City Hall in Gulf Breeze and cut a check for $4,300 to pay for 36 local residents whose utilities bills were overdue and about to be disconnected. Joanne Oliver, the utility billing supervisor for Gulf Breeze, told the NY Times, “I’ve been in customer service more than 20 years, and this had never happened.”

What would motivate someone to give money that they worked so hard for to people they have never met?

Last year at this time, Mr. Esmond opened his own utility bill and his memory flashed back to the winter of 1983, when he was broke and his own gas and water service was shut off over his holidays. He described, “I had three young girls at home at the time, and the temperature got down to 6 degrees, with ice and frost on the inside of the house. I’ve lived that where I didn’t have a dollar in my pocket to care for my family, so I know what it’s like to really be broke and in need. I wanted to see if I could help people that might be experiencing the same thing — where they couldn’t pay their bills and their utilities were going to be shut off around [holiday] time.”

I know what it’s like to really be broke and in need. I wanted to see if I could help people that might be experiencing the same thing.

When asked if he plans to continue this practice next year, Esmond said, “I’m 74 years old and I don’t even know if I’m even going to be here next year, but I can guarantee you one thing: If I am, I’ll do something to help people out.” After the story of Esmond’s generosity went public, others began to give in the same way. As of this week, his city has received additional anonymous donations to cover utility bills totaling several thousand dollars.

Mike’s generosity launched a wave of generosity from others and it all began with his transforming his own personal experience and pain into a way to prevent others from going through it.

He appreciated what it means to be cold and scared without water or power and he used it to be motivated to pay off the utility bills of those who were about to have them shut off.

We've all gone through challenges and struggles, be they financial, physical, emotional or spiritual. We can look back at them with resentment and bitterness or try to forget them altogether. Or, we can invoke those memories to be moved to make a difference in someone’s life to help them avoid the pain we know well and to be their blessing.

Think about people going through something you might be able to relate to. Did you receive scholarship as a child? If you have the capacity now, help makes sure others can get the help they need. Have you overcome an illness? Perhaps those going through it now could benefit from your experience and your support. Did you struggle with infertility, loneliness, or painful loss? You are in a position to guide and help those going through that now.

Let’s try to be like Mike. What have you gone through in your life and how will you use it to help others?

Germany’s Other Genocide: Dress Rehearsal for the Holocaust

Katie Couric and The Other Racism
Blocked Goals and Anger
Why the Mezuzah is Placed on a Slant
Faith: the Axis Upon Which the Wheel of Science Turns
Comments
MOST POPULAR IN Current Issues
Our privacy policy