Alexander and the Jews 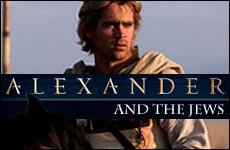 The pivotal scene that you won't see in any movie sets the stage for the story of Chanukah.

With a star-studded motion picture featuring Colin Farrel, Alexander the Great seems to be suddenly all the rage. In keeping with the spirit of Hollywood, the movies will probably focus on Alexander's impressive military career, his colossal battles with the Persian Empire and his sordid personal life. What will be overlooked are the fascinating interactions Alexander had with the Jewish people and the complex relationship that developed between the Greeks and the Jews that set the stage for the story of Chanukah.

Alexander, born in 356 BCE, was the son of Phillip II (382-336 BCE), the King of Macedonia in northern Greece (and considered a barbarian by the southern Greek city states). Phillip created a powerful, professional army which forcibly united the fractious Greek city-states into one empire.

From an early age, Alexander displayed tremendous military talent and was appointed as a commander in his father's army at the age of 18. Having conquered all of Greece, Phillip was about to embark on a campaign to invade Greece's arch-enemy, the Persian Empire. Before he could invade Persia, Phillip was assassinated, possibly by Alexander, who then became king in 336BCE. Two years later in 334 BCE, he crossed the Hellspont (in modern-day Turkey) with 45,000 men and invaded the Persian Empire.

In three colossal battles – Granicus, Issus and Gaugamela – that took place between 334 and 331, Alexander brilliantly (and often recklessly) led his army to victory against Persian armies that may have outnumbered his own as much as ten to one. By 331 BCE, the Persian Empire was defeated, the Persian Emperor Darius was dead, and Alexander was the undisputed ruler of the Mediterranean. His military campaign lasted 12 years and took him and his army 10,000 miles to the Indus River in India.

When Alexander looked at his empire, he wept, for there was nothing more to conquer.

Only the weariness of his men and Alexander's untimely death in 323BCE at the age of 32 ended the Greek conquest of the known world. It is said that when Alexander looked at his empire, he wept for there was nothing more to conquer. His vast empire did not survive his death, but fragmented into three large chunks centered in Greece, Egypt, and Syria and controlled by his former generals.

At its largest, Alexander's empire stretched from Egypt to India. He built six Greek cities, all named Alexandria. (Only Alexandria in Egypt still survives) These cities, and the Greeks who settled in them, brought Greek culture to the center of the oldest civilizations of Mesopotamia.

The Greeks were not only military imperialists but also cultural imperialists. Greek soldiers and settlers brought their way of life – their language, art, architecture, literature, and philosophy – to Middle East. When Greek culture merged with the culture of the Middle East, it created a new cultural hybrid – Hellenism (Hellas is the Greek word for Greece) – whose impact would be far greater and last far longer than the brief period of Alexander's empire. Whether through the idea of the pitched battle, art, architecture or philosophy, Hellenism's influence on the Roman Empire, Christianity, and the West was monumental. But it is the interaction between the Jews and the Greeks and the impact of Hellenism on Judaism that we want to take a closer look at.

During his military campaign against Persia, Alexander took a detour to the south, conquering Tyre and then Egypt via what is today Israel. There is a fascinating story about Alexander's first encounter with the Jews of Israel, who were subjects of the Persian Empire.

As tribute to his conquest, the Sages decreed that Jewish boys be named Alexander.

The narrative concerning Alexander's first interaction with the Jews is recorded in both the Talmud (Yoma 69a) and in the Jewish historian Josephus's Book of Antiquities (XI, 321-47). In both accounts the High Priest of the Temple in Jerusalem, fearing that Alexander would destroy the city, went out to meet him before he arrived at the city. The narrative describes how Alexander, upon seeing the High Priest, dismounted and bowed to him. (Alexander rarely, if ever, bowed to anyone). In Josephus's account, when asked by his general, Parmerio, to explain his actions, Alexander answered, "I did not bow before him, but before that God who has honored him with the high Priesthood; for I saw this very person in a dream, in this very apparel."

Alexander interpreted the vision of the High Priest as a good omen and thus spared Jerusalem, peacefully absorbing the Land of Israel into his growing empire. As tribute to his benign conquest, the Sages decreed that the Jewish firstborn of that time be named Alexander – which remains a Jewish name to this very day. And the date of their encounter, the 25th of Tevet, was declared a minor holiday.

Thus began one the most interesting and complex cultural relationships in the ancient world. The Greeks had never met anyone like the Jews, and the Jews had never met anyone like the Greeks. The initial interaction seemed to be very positive. To the Jews, the Greeks were a new and exotic culture from the West. They had a profound intellectual tradition that produced philosophers such as Socrates, Plato, and Aristotle (who was Alexander's tutor for two years). Their love of wisdom, science, art, and architecture set them apart from other cultures the Jews had interacted with. The Greek language was considered so beautiful that the Talmud called it in some ways the most beautiful of all languages and the Rabbis decreed that a Torah scroll could even be written in Greek.

The Greeks had never met anyone like the Jews – the world's only monotheistic nation who had a concept of a loving, infinite God who cares about creation and acts in history. The Jews had incredibly profound and complex legal and philosophical traditions. They had literacy rates and a social welfare infrastructure unheard of in the ancient world. So fascinated were the Greeks with the Jews that they became the first people to translate the Bible into another language when King Ptolemy II (c. 250 BCE) forced 70 Rabbis to translate the Hebrew Bible into Greek (known as the Septuagint, which means "70" in Greek).

Two Greek Empires emerged in the Middle East after the death of Alexander: The Ptolemies in Egypt and the Seleucids in Syria. The Land of Israel was the border between these two warring Empires. Initially, the Jews were under the control of the Ptolemies, but after the Battle of Panias in 198BCE, Israel found herself in the domain of the Seleucids and their king, Antiochus.

While much of the upper crust of Jewish society, along with the rest of the population of the Mediterranean world, readily embraced Hellenistic culture (some to the point of denouncing their Jewish identity), the vast majority of the Jews remained loyal to Judaism. This "rejection" of the Hellenistic lifestyle was viewed with great hostility by many Greeks and seen as a form of rebellion. The exotic differences that had once served as the source of attraction between the two cultures now created the flashpoint for a cultural war. To make matters worse, Israel was the border state between these two rival Greek Empires, and the Jews, who refused to assimilate, were viewed as a disloyal population in strategically vital part of the Seleucid Empire.

It would be wrong to view the conflict as purely Greece versus the Jews. Internal tension within the Jewish community contributed significantly to the conflict. Many of the Hellenized Jews took it upon themselves to "help" their more traditional brethren by "dragging" them away from what they perceived was their primitive beliefs into the "modern" world of Greek culture. (This pattern has repeated itself many times in Jewish history – in Russia in the 19th century and in Germany, to name just a few examples.) To aid them in their endeavor, these Hellenized Jews enlisted the help of their Greek allies, ultimately bringing the king himself, Antiochus IV Epiphanes, into the conflict.

The Miracle of Chanukah

In the mid-2nd century BCE, Antiochus issued a decree which until that time was unheard of in the multicultural and religiously tolerant ancient world: He outlawed another people's religion. He banned the teaching and practice of Judaism. The book of the Maccabees (probably written by a Jewish chronicler in the early first century BCE) describes it as follows: "Not long after this, the king sent an Athenian senator to compel the Jews to forsake the laws of their fathers and cease to live by the laws of God, and also to pollute the Temple in Jerusalem and call it the Temple of Olympian Zeus." (II Maccabees 6:1-2).

The light of Chanukah is symbolic of the real victory – the spiritual light of Judaism.

Brutal Greek persecutions of the Jews triggered the first religious/ideological war in history – the Maccabean revolt. The revolt was led by the priestly family of Matithias and his five sons, the most famous of whom was Judah. Against all odds, the outnumbered guerilla army of the Maccabees beat the much larger, better equipped, professional Greek armies. After three years of fighting, Jerusalem was liberated. The Temple which had been desecrated was cleaned and rededicated to God. It was during this period of cleansing and re-dedication of the Temple that the miracle of Chanukah happened. One small flask of oil used by the High Priest to light the menorah in the Temple, that should have been sufficient for only one day, miraculously burned for eight.

The conflict dragged on for many more years and cost the lives of many Jews, including Judah Maccabee and several of his brothers. Ultimately, the Greeks were defeated and Judaism survived.

Arguably, a far greater miracle than the oil lasting for eight days was the military victory of the Jews over the Greek Empire. But the light of Chanukah is symbolic of the real victory – the survival of the spiritual light of Judaism. Judaism's miraculous survival enabled the Jews to have a monumental impact on the world that has far exceeded the miniscule size of the Jewish people, giving the world the concept of one God and the values of the sanctity of life, justice, peace and social responsibility that are the moral/spiritual foundations of Western civilization. 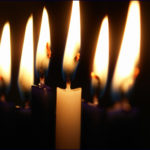 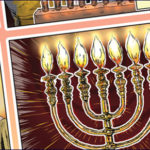 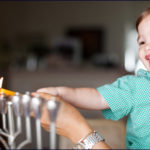 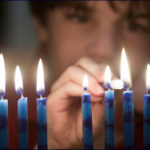 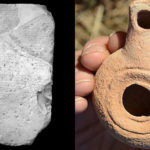 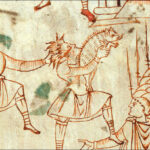