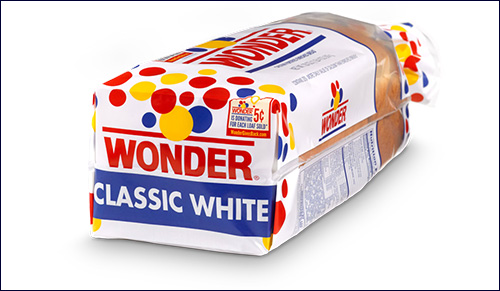 In the eternal search to de-closet Members of the Tribe (MOTS), one British film scholar, David Yehuda Stern, has come up with none other than the famed witty wisecracker, Bugs Bunny. According to Ma’ariv, Stern, who left no hutch unturned, revealed his “patch” of evidence at a recent British University lecture. True, the evidence is mostly circumstantial, but it might hold up in a court in Miami Beach … if the jury was in danger of missing the Early Bird. First, notes Stern, the world’s most famous rabbit was created by Jewish producer Leon Schlesinger and voiced by the King of Voices, the Jewish Mel Blanc. Then there’s the snarky rabbit’s “Jewishy” accent and sarcasms. He also lived in a Jewish section of New York. Stern notes one episode in which the Bugster flashes back to his childhood at the turn of the 20th century, which was filled with Orthodox Jews and immigrants where he may have learned to use his wits to avoid attempts to eliminate him – friend and foe (or sometimes both) alike – which brings us to his unorthodox relationship with Porky Pig. Is it true? Why else would a savvy wabbit settle in the Apple, instead of a Veggie State, like Blue Earth Minnesota … behind the Jolly Green Giant? I say we put it to the ultimate test. Give him a little gefilte fish and see where he puts the carrot?

Give him a little gefilte fish and see where he puts the carrot.

The mayors of Marseille, Tours, and Bordeaux have banned “comedian” Dieudonné M’bala, currently on tour, from performing in their cities, as he has been accused of anti-Semitism especially with the creation of his “quenelle” which is similar to a “reverse Nazi salute.” This not so subtle gesture has gained popularity with Jew haters and foes of Israel. More, the consequences are real. Interior Minister Manuel Valls has linked the salute to an increase in anti-Semitic remarks and violent acts in France. Last year a French Islamist killed a rabbi and three pupils at a Jewish school in Toulouse. More, photos were taken of individuals making the sign at Berlin's Holocaust memorial and near the gates of the Auschwitz Nazi concentration camp in Poland. Dieudonne, 46, says the gesture is a merely statement of his anti-Zionist views, not anti-Semitism! Right. And the Holocaust was a figment of 20 million peoples’ imagination.

EH MATE? “GEFILTE” ACROSS THE POND?

What’s England without its fish ’n chips? A country doomed to steak and kidney pie? This is a fate they don’t have to suffer thanks to We Jews. Here’s the emmes, we think. In the Encyclopedia of Jewish Food, Claudia Roden credits 16th century Portuguese Conversos for introducing fried fish to Britain. Even Thomas Jefferson wrote about eating “fried fish in the Jewish fashion” at the end of the 18th century, and the first British-published Jewish cookbook (1846), included a recipe for the dish. As for putting it all together, experts credit the teaming of the Jewishy fried fish with fried potatoes to the foresight of Jewish fishmonger, Joseph Malin, who noticed the spuds frying in a nearby Irish shop and thought: “A perfect match!” – thereby creating the first fish and chips shop in 1860 on Cleveland Street in the heart of Cockney country. Despite disputed claims, in 1968 the National Federation of Fish Fryers presented a plaque to Malin's of Bow in honor of their founding role in the chippie (or Tippie in Cockney) business. Today you can get a “tip” in any one of 8,600 fish and chips shops in Britain and not just in Cockneyville whose residents would no doubt say: “CanJew Adam and Eve it?”

According to a recent poll released by the Pew Research Center, Israel is the sixth favorite nation among USians with a rating of 61% favorable. The “crown” went to Canada (81%) which took the number one spot, followed by Great Britain, Japan, Germany and Brazil, respectively.

Meanwhile numbers don’t lie (no matter what the label on the dress, I’m a size two). Sadly, the good news doesn’t come with a prize, but personally I’d settle for a copy of the report sent to all government officials…and while we’re at it, how about free healthcare?

There are some edible products that are simply American icons such as Oreos, Tootsie Rolls, M&M’s – and they’ve followed the wave and gone Kosher or offer a Kosher alternative!

The newest to join our Kashrut Club is that huge, fluffy, balloon-emblazoned bread that squished in tiny hands of today’s Boomers. Though first sold in 1921 and in 1930 it became the first major brand to be sold pre-sliced, it hit the big dough during the 1950s thanks to the most iconic children’s TV fave: “The Howdy Doody Show!” Every child in America would salivate when Buffalo Bob held up the balloony loaf and told us that “Wonder Bread builds strong bodies 8 ways!”

Ah but it’s been a bumpy ride of late. Flower Foods acquired the Wonder Bread brand when Hostess fell into the red, and got a well-deserved reprieve. Where prior, it was certified by the less widely accepted Triangle-K, it will now get kosher certification in the New York area from the Orthodox Union (OU)! The plan is to expand the designation to all locations.

How ironic! The brand that led to the popular phrase "the greatest thing since sliced bread," is now 100% Kosher! So much for the Jewish inspired “white bread” jokes! Altogether I’d say it’s a win-win for all! 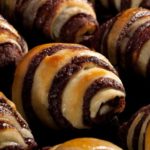 The Mensch from Manhattan5 min read