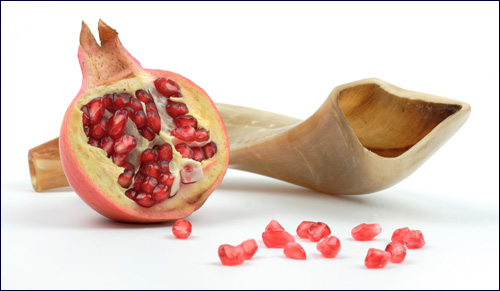 Some fascinating facts about Rosh Hashanah and Yom Kippur.

The high holidays are upon us. We Jews worldwide gather together to celebrate Rosh Hashanah, the Jewish New Year and God’s creation of the world and Yom Kippur, the Day of Atonement. Together, they comprise some of the most sacred events in the Jewish calendar. The following are some fascinating facts and customs related to the awesome period.

Kreplach believe it or not, is a metaphor, meaning that God’s strict justice will be tempered on side of mercy.

In May of 2014 a strong movement was afoot asking the U.N. to recognize Yom Kippur as an official U.N. holiday. While the relationships between Israel and the U.N. has at times been dicey, nevertheless among the 10 official holidays, Christmas and Good Friday and the Muslim holidays Eid al-Fitr and Eid al-Adha are recognized and Yom Kippur was not. Indeed, events were often scheduled during the High Holy Days, which many feel was a slap in the face to those who celebrate our highest of holidays. Thirty-two countries wrote on behalf of the proposal to the General Assembly, saying, the U.N. "recognizes the major festivals of many of the world's main religions, yet Judaism is not represented” and "We believe that the United Nations calendar should reflect the organization's founding principles of coexistence, justice and mutual respect. We urge the United Nations to correct this inequity and recognize the holiest day of the Jewish faith."

What happened? You tell me: “General Assembly January 2015: Sixty-ninth session (A/res/69/250), Article 5: [The United Nations] acknowledges that Yom Kippur is a significant local holiday which is observed in the host city of the Headquarters of the United Nations, invites United Nations bodies at Headquarters and other duty stations where observed to avoid holding meetings on Yom Kippur, and in this regard encourages this arrangement be taken into account when drafting future calendars of conferences and meetings.” Did you know that Yom Kippur was “Local to Manhattan” and members are “invited” not to meet? Wow. In addition to the many languages spoken at the U.N. we also have “government-ese” – an odd, razor sharp lingo designed to make things unintelligible. After giving up, I finally called and spoke to a U.N. Librarian from Ethiopia. I asked her simply: “Do you work on Yom Kippur?” Her answer? “Yes.”

Kreplach, an Ashkenazi Yom Kippur Eve tradition, is a meat-filled dough, often used in soups, yet it has a deeper significance. The filling symbolizes justice, while the dough connotes compassion. Kreplach then is a metaphor, meaning that God’s strict justice will be tempered on side of mercy.

The day before Rosh Hashanah, in 1280, an early mystic, Abraham Abulafia, was intent on converting Pope Nicholas III to Judaism, so the Pope could partake in the celebration. It seems the Pope wasn’t exactly thrilled when he learned of Abulafia’s plan, and sentenced him to be burned at the stake. But ... before they lit the match, the Pope suddenly died. As for Abulafia, he didn’t win … but he lived.

1. Guinness World Records: Shofars have long inspired competition, given its sound and importance. In fact, the shofar sounds an amazing 100 times on Rosh Hashanah. On September 21, 2014, a group shofar blast, organized by the Partnership of Jewish Learning and Life in Whippany, N.J gathered 1,022 people who blew the tekiyah, sh'varim, and teruah sounds on their own shofar – and made history by being the largest shofar ensemble.

2- Horns by the One Ginormous Mammal: The Shofar is made from different animal horns, most often the ram, sheep, or goat. The Yemenite shofar, that accompanied these Jews from Africa, dwarfs the others with its spiraling and size given the mammal it comes from: The African Kudo. Found in Eastern and southern Africa, it tips the scale at 600 pounds!

The portion from Leviticus was cast on the Liberty Bell in 1753.

(with thanks to Chaviva Gordon-Bennett at About.com)

Shana Tovah and shalom with love to you and yours.
Marnie

This Rabbi Can Rock
For Every Individual, A Torah Scroll
Allegiance To The Monarch
Meet the Real You: Yom Kippur
Comments
MOST POPULAR IN Jewlarious
Our privacy policy
Aish.com Is Looking for Great Writers