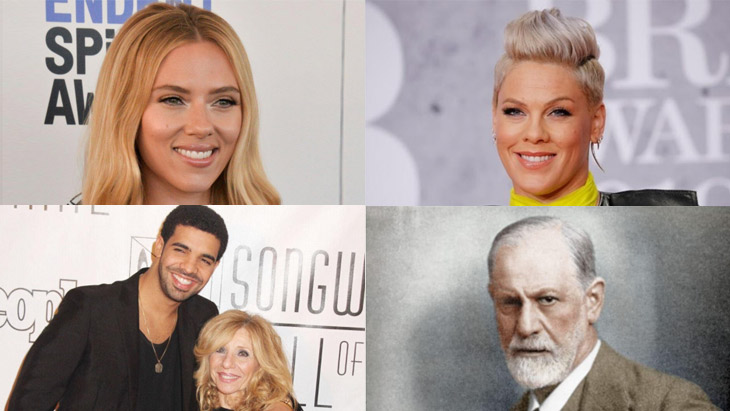 23 Jewish celebrities and historical figures, past and present.

Jewish or not? With some celebrities and historical figures, it can be hard to tell. Here are 23 well-known figures – some august and admired, some less so – who are Jews. 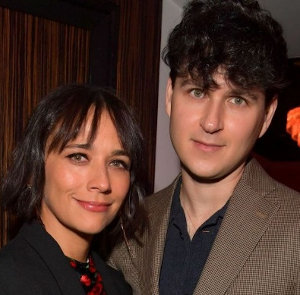 Rashida Jones grew up with a strong Jewish identity. Her Jewish mother, the actress Peggy Lipton, and her famous African-American father, Quincy Jones, made sure Jones always knew about her Jewish heritage and sent her to Hebrew school. In 2012, Jones appeared on the genealogy TV show Who Do You Think You Are? and learned on air that members of her mother’s family were murdered in the Holocaust. Her partner is Ezra Koenig, the Jewish frontman for the indie rock group, Vampire Weekend. 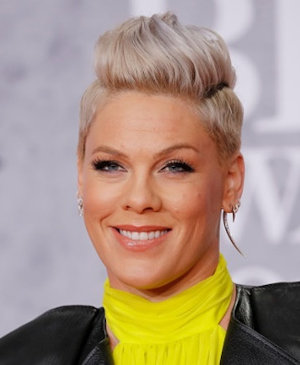 Born Alecia Beth Moore in 1979, the singer's mom – ER nurse Judy Kugel Moore – is Jewish. Her parents divorced when she was young. Pink has proudly described herself as “a Jewish woman,” and described her mom as a "typical Jewish mother.” 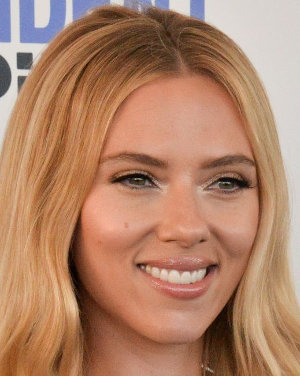 Actress Scarlett Johannsen has described herself as a New York Jew. Her mom, producer Melanie Sloan, is Jewish and her dad Karsten Johansson, who is not Jewish, is a Danish-born architect. 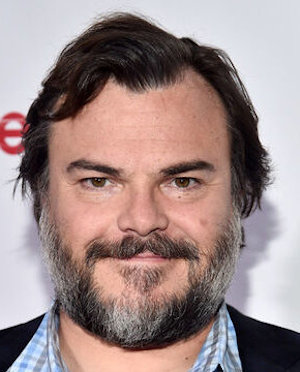 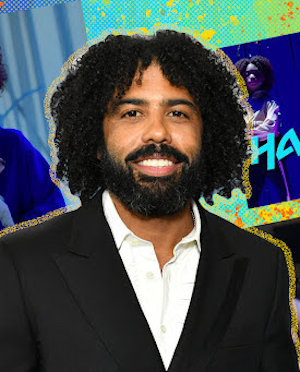 “I felt very embraced by the Jewish community,” Jewish singer, actor and Hamilton star Daveed Diggs has said. He grew up in Oakland, California, with his Jewish mother Dr. Barbara Needell and his non-Jewish African American father, Dountes Digswas. They named him "Daveed", the Hebrew pronunciation of David. 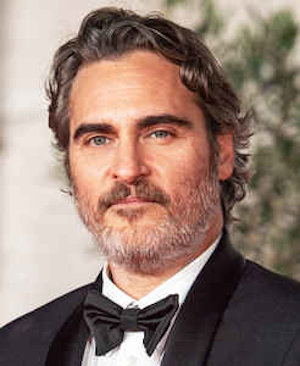 Joaquin Phoenix has been open about his difficult childhood: his parents belonged to a cult in Latin America. The family – including Phoenix’s Jewish mother, Arlyn Dunetz Phoenix – has since left the cult and his parents divorced. “I’m Jewish,” the Academy-award winning actor has declared, adding that he’s still wary of organized religion after his traumatic childhood. 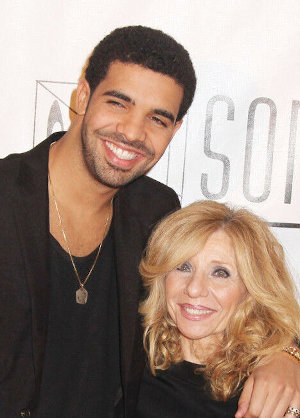 Drake and his mother

Born Aubrey Drake Graham, Drake’s mom, Sandy Graham, is Jewish. Drake’s dad is the African American musician Dennis Graham. Drake’s parents divorced while he was young, and Drake was brought up by his mom in Toronto’s Jewish community. When he turned 31, Drake threw himself a star-studded “re-bar mitzvah” party. 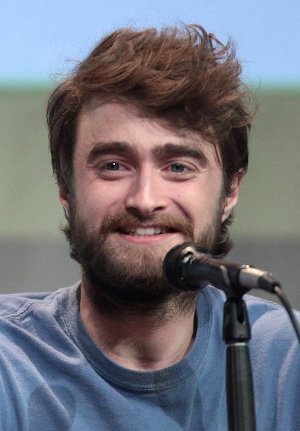 The Harry Potter star’s mom, born Marcia Jacobson, is Jewish. Daniel Radcliffe’s middle name Jacob might recall her mother’s Jewish-sounding maiden name. (His dad, Alan Radcliffe, is an English Protestant.) Radcliffe has described himself as “very proud” to be Jewish. 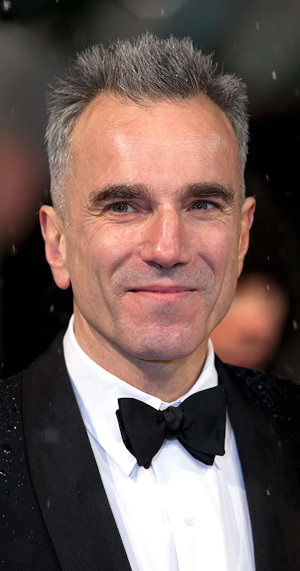 The actor’s Jewish mother, Jill Balcon, was also in showbiz. (Lewis’ well-known dad, Cecil Day-Lewis, was not Jewish and served as England’s poet laureate.) He is married to Rebecca Miller, the daughter of playwright Arthur Miller. 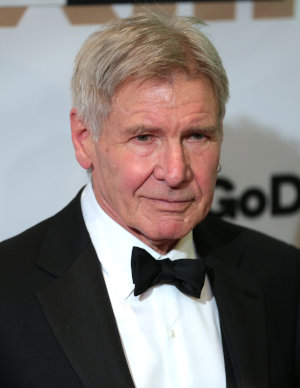 The parents of Dora Nidelman, Ford's mother, were Jewish immigrants from Minsk. Ford has said that he taps into his Jewish identity when he’s acting. 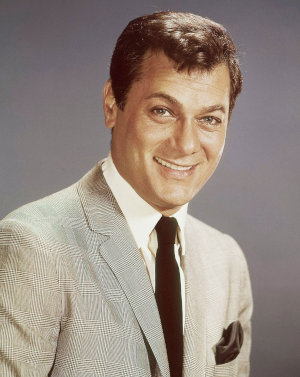 Born Bernard Schwartz, Curtis’ parents were penniless Jewish immigrants from Hungary; he changed his name at the behest of Hollywood studio bosses to the anglo-sounding Tony Curtis. Later in life, Curtis embraced his Jewish identity, connecting with his local Chabad near Las Vegas where he lived, and performing mitzvot such as putting on tefillin. 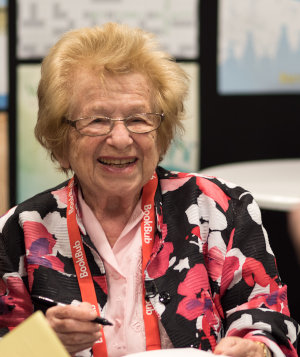 Famous sex educator “Dr. Ruth” was born into an Orthodox Jewish family in Germany in 1928 – and served as a sharpshooter during Israel’s War of Independence. 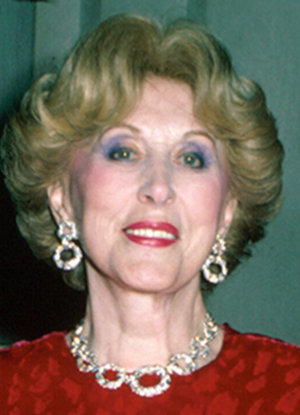 Born Josephine Esther Mentzer in 1906, Estee Lauder collaborated with an uncle who was a chemist to make makeups. She started selling her eponymous makeup in 1946, and soon became the wealthiest self-made woman in the world. Lauder is one of many Jewish well-known makeup moguls. Others include Helena Rubenstein, Charles Haskell Revson (founder of Revlon), and Bobby Brown. 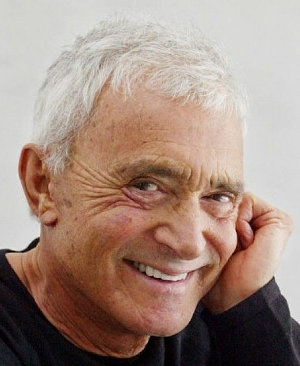 Another hero from Israel’s War of Independence, the British-Jewish Vidal Sassoon (born into a poor Jewish family in London in 1928) served in Israel’s elite Palmach fighting unit. 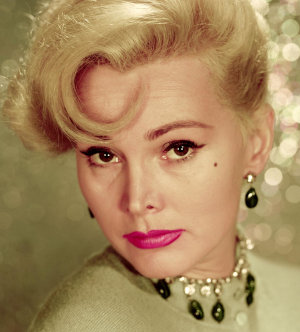 Another actress who hid her Jewishness, Zsa Zsa was born Sari Gabor in Hungary in 1917 and fled for the United States in 1941. 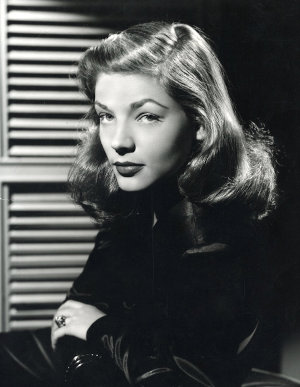 The sultry WWII pin up was born Betty Joan Perske in the Bronx in 1924 to Jewish parents who’d immigrated to the United States from Russia. She was one of many actresses who downplayed their Jewishness at the time, including Hedy Lamarr and Elizabeth Bergner. 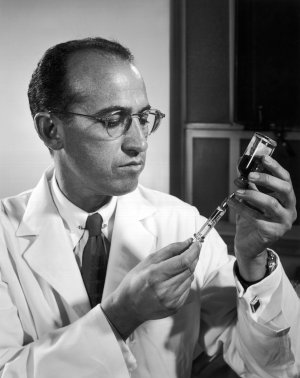 The inventor of the polio vaccine was a Jew – as was Dr. Albert Sabin, Salk’s rival who developed the “live” polio vaccine that is still in use today. When Dr. Salk announced that his polio vaccine was safe and effective on April 12, 1955, people celebrated in the streets and churches rang their bells in towns and cities across the United States. 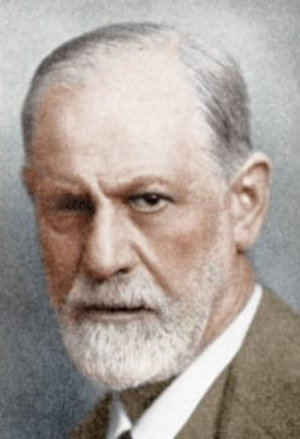 Born Sigmund Shlomo Freud in present-day Czechoslovakia in 1856, the father of psychoanalysis became a world-famous professor in Vienna. His renown wasn’t enough to save him from the Nazis: when his beloved daughter Anna was arrested by the Gestapo in 1938, the entire Freud family left their home and fled to England. 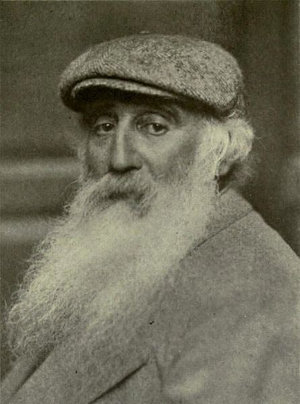 This famous French impressionist painter – and a close friend of Monet and Cezanne – was born on the Caribbean island of St. Thomas in 1830 and named Jacob Abraham Camille Pissarro. He’s one of many well-known Jewish painters (think of Modigliani, Soutine, Lieberman, and Pascin), whose Jewish identity is not widely known today. 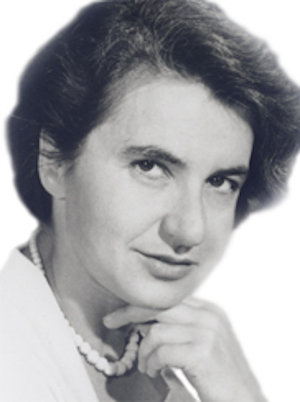 The British chemist who helped discover DNA missed out on sharing the Nobel Prize with her colleagues Frances Crick, Maurice Wilkins, and James Watson: Watson publicly stated that Franklin should have been awarded the Nobel too. She died tragically young in 1958 at the age of 37. 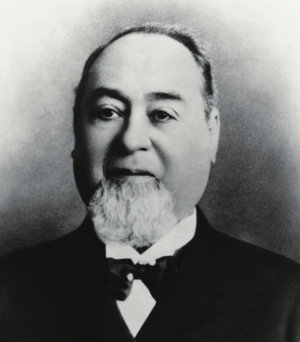 Born in Bavaria in 1829, Strauss provided miners in the California Gold Rush with durable work clothes. He made a fortune and became a major Jewish philanthropist. 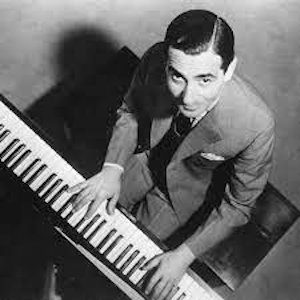 Yes, the songwriter who brought us White Christmas and Easter Parade was a Jew. Born Israel Beilin in Russia in 1888. During World War I, Berlin teamed up with Harry Houdini, Al Jolson and other Jews in show business, forming the Rabbis’ Sons Theatrical Benevolent Association, which raised money for the Red Cross. 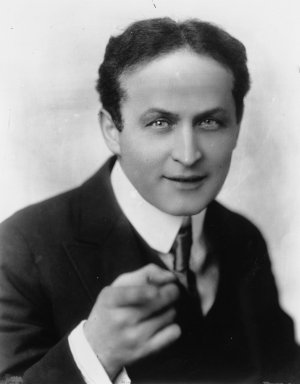 Born in Hungary in 1874, Houdini’s real name was Erik Weisz. His father was a rabbi, and Houdini maintained a strong Jewish identity in his private life.

The Matrix Resurrected: A Philosophical Examination
It Takes A Lot Of Faith To Be An Atheist
How Instagram Brought Back This Nostalgic Soup
What Makes Eli Run?
Comments
MOST POPULAR IN Current Issues
Our privacy policy