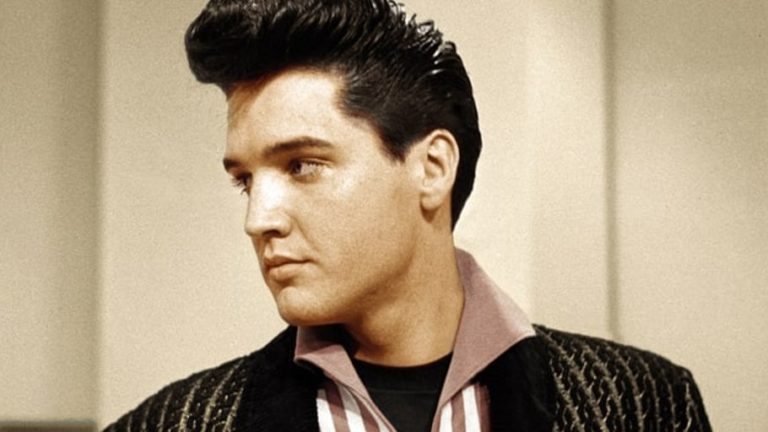 I was all shook up in Mississippi.

Inside a museum next to the modest two-room house where Elvis Presley was born in 1935 in Tupelo, Miss., visitors will find all the things you’d expect to see in a shrine celebrating the early years of a boy who would grow up to become the King of Rock ‘N’ Roll.

But amidst all the artifacts inside the Elvis Presley Museum, there’s something else that one wouldn’t expect to find – a gold menorah with nine Hanukkah candles. 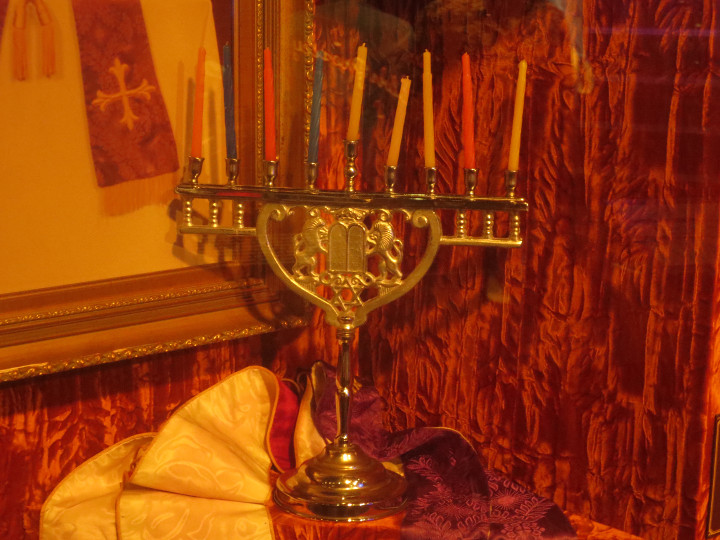 Could it be that the great American cultural icon of the 20th century was a member of the tribe?

Turns out, Elvis’ maternal great-great grandmother, Nancy Burdine, was believed to be Jewish. Her daughter gave birth to Doll Mansell, who gave birth to Elvis’ mother, Gladys Smith. That, according to a Jewish law, which confers Jewish lineage by way of the mother, makes Elvis technically a Jew. 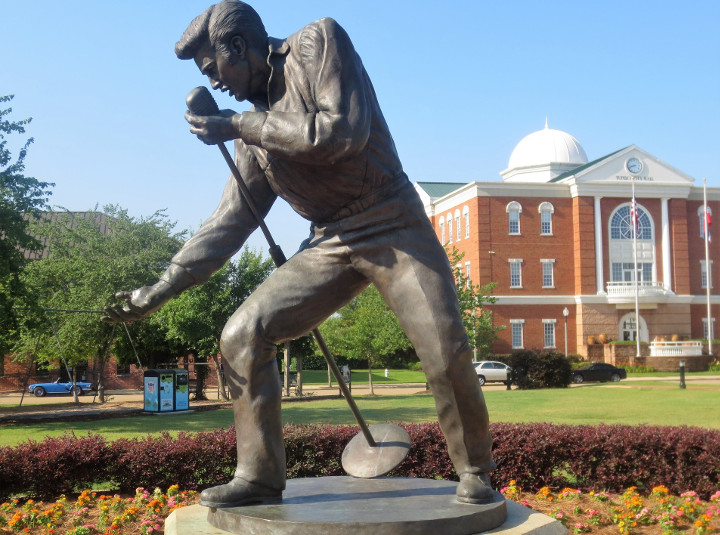 While Presley was aware – and even proud – of his Jewish pedigree, there is no evidence he ever practiced the faith.

I recently went to Tupelo, Miss., to learn more about Elvis’ upbringing and his Jewish roots. Despite the sweltering June heat in the hills of northeast Mississippi, I opted to take a newly inaugurated, self-guided, Elvis-themed bike tour that takes visitors to 13 marked sites throughout the city tracing the early years of Presley’s life.

I began at the humble, two-room dwelling where Elvis was born and lived the first two years of his life. The house is the centerpiece of a 15-acre park that includes a “Walk of Life,” a series of concrete blocks that traces each year of Elvis’ life. Next door sits the Elvis Presley Museum, which contains memorabilia – including the menorah – related to Elvis’ legendary career.

The menorah was originally owned by the family of George Copen, who moved to Tupelo from New York in 1953. Copen, now 75, told me that his childhood best friend in Tupelo was a boy who lived across the street named Jim Hill. Jim’s mother, Janelle McComb, was a close family friend of the Presleys. She first met Elvis when he was just a two-year-old, beginning a friendship that would last until Presley died in 1977 at his Graceland mansion in Memphis.

According to Copen, Janelle once asked to borrow his family’s menorah and show it to some friends. Apparently, Elvis was one of those friends. The menorah was never returned to the Copen family. George speculates that Janelle gave the menorah to Elvis; he later became aware of a photo of Elvis with the menorah. Perhaps The King viewed it as a “good luck charm,” the name of one of his biggest hits.

“I was pretty upset with Janelle when I realized she might have given it to Elvis,” says Copen. “Even after the funeral (McComb died in 2005), I looked throughout her house, but no menorah. Gone.”

But later, George heard that the family menorah had been found and was on display at the Elvis Presley Birthplace Museum. Indeed, much of the museum’s collection consists of gifts and mementos that Elvis had given Janelle over the years, which she donated to the museum.

So that’s where the Copen family menorah sits today, on display for the museum’s 50,000-100,000 annual visitors to view.

Copen says he’s honored that so many people have the chance to see a family heirloom, which he believes sends an important message of tolerance that Elvis embraced.

“Janelle wanted to show that Elvis liked all faiths,” says Copen. “I would rather people see the menorah there at the museum than at my house. Maybe this will help everybody appreciate each other and say, ‘We are all one people.’”

Elvis was 13 when he and his parents left Tupelo for Memphis. There, the Presleys lived downstairs from the family of Rabbi Alfred Fruchter of Beth El Emeth Congregation. The rabbi’s son, Harold, now 65 and living in Maryland, told me the two families became good friends; Harold’s mother would often have coffee with Elvis’ mother Gladys.

In 1954, Elvis recorded his first hit record, “That’s All Right,” at Memphis’ Sun Record Co. But the Presleys didn’t own a record-player. Harold says Elvis borrowed the Fruchter’s record-player so he could play the song for his parents.

At one point, Elvis worked off-and-on for Rabbi Fruchter as a “Shabbos Goy;” he would perform certain types of work that religious law prohibits Jews from doing on the Sabbath, like turning lights on and off.

“My parents never had even an inkling that Elvis may have been Jewish,” says Harold. “If they would, they would never have considered asking him to be a ‘Shabbos Goy.’”

Elvis was 13 when he and his parents left Tupelo for Memphis. When Gladys died in 1958, he made sure to put a Star of David on her headstone at a Memphis cemetery, in honor of his Jewish heritage. After Elvis died in 1977, Gladys was reinterred at Graceland. Her new gravestone, lacking Elvis’ attention, didn’t get a Jewish star. 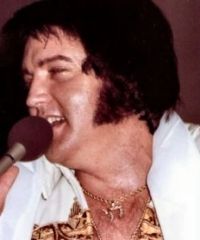 Toward the end of his career, there are photos of Elvis wearing a chai pendant during concert performances. In fact, he was reportedly wearing both a chai and a cross the night he died. In Memphis, he belonged to the Jewish Community Center and gave money to several Jewish organizations, including $150,000 to the Memphis Hebrew Academy.

“He was very close to the Jewish people, especially in Memphis,” says Copen. “He always treated them very nicely and they treated him very nicely.”

It’s believed that “Colonel” Tom Parker, Elvis’ Dutch-born manager, didn’t want his client’s Jewish roots to become public knowledge, thinking it might be seen as a negative by some of the hordes of Elvis fans in the Bible Belt back in the ‘50s and ‘60s.

During my time in Tupelo, I also spoke with a local Jew, Marc Perler, who once met Elvis in Nashville in the early 1960s. At that time, Perler, now 73, worked as a gopher in the music industry. He says he was surprised when he later learned of Presley’s Jewish background.

Neil Simon and the American Jewish Experience
It Takes A Lot Of Faith To Be An Atheist
How Instagram Brought Back This Nostalgic Soup
What Makes Eli Run?
Comments
MOST POPULAR IN Israel
Our privacy policy