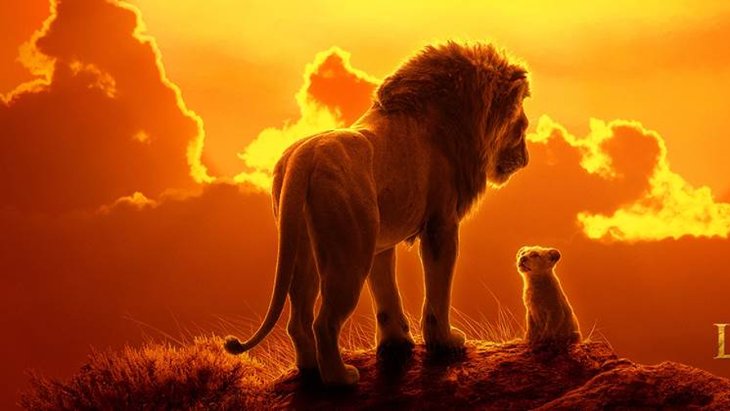 The hit movie draws on timeless Jewish values and stories.

Disney’s 2019 remake of Lion King is a beautiful update of the original film with realistic looking computer-generated animals portraying all the beloved animal characters.

Beyond its fidelity to the 1994 film, Don Hahn, the producer of the original Lion King, explained that its creators drew inspiration from sources including Shakespeare’s Hamlet and the Bible, particularly the Biblical stories of Moses and Joseph.These stores feature “a character (who) is born into royalty, is then exiled, and has to return to claim their kingdom,” Hahn said.

Here are four key Jewish lessons from the Lion King.

A true king doesn’t rule for the sake of his own glory, King Mufasa tells young Simba in Lion King. A truly great leader must devote himself to his people and work on their behalf, not his own. It takes Simba years of exile before he’s finally mature enough to return home and assume the mantle of leadership, risking his life and fighting to protect his pride.

This stirring narrative draws on Biblical stories. The lives of many Jewish heroes involved exile and return. Our patriarch Jacob was raised in the land of Israel, but had to flee for many years and live in exile before he was able to return home. Moses grew up in Pharaoh’s royal household before he was forced to flee and live in hiding for many years; he eventually returned to Egypt and helped lead the Jewish people to freedom.

These Jewish heroes experienced periods of doubt and uncertainty.They had to overcome fear and weakness to emerge as brave heroes. They didn’t do it alone: in each case, it was their belief in God and their realization that there’s a divine plan for Jewish survival that gave them the courage to act. Jewish heroes of the Torah didn’t assume leadership because they craved glory or power. It was the recognition that the situation demanded their unique response that spurred them to greatness.

In Lion King, Simba becomes embroiled in a bitter feud between his father, King Mufasa, and his evil uncle Scar. Scar kills Mufasa and convinces Simba that he’s to blame for his father’s death. Overwhelmed by shame, Simba leaves and begins a new life in exile, befriending a warthog named Pumbaa and a meerkat named Timon. They teach him that life is meaningless. “Hakuna matata” (which means “no worries” in Swahili) should be his only goal. Though this phrase can mean “be chill” or “relax”, Simba’s friends turn it into an anthem and way of life, instructing their friend that there’s no point in trying to achieve greatness or be selfless and brave.

Jewish thought rejects this nihilistic view in favor of King Mufasa’s wiser way of looking at the world. An Infinite Being created this world with a purpose, infusing the universe with meaning.

As Rabbi Abraham J. Twerski, M.D. explains, “Just as the universe in its entirety has a purpose, so does everything in the universe… Each individual has a purpose. My existence is not an accident. I have to accomplish something with my existence. Being is not haphazard or meaningless”. We each have an important role to play, Like Simba, our challenge is discovering and fulfilling our life goals that only we can accomplish.

One of the most moving scenes in Lion King comes when Simba sees the image of his father before him and is reminded of King Mufasa’s wisdom and the high hopes he had for his son. In the original 1994 Lion King, this stirring scene features Simba recognizing his father’s face in the constellations of the night sky. In the 2019 version, Simba magically sees his father’s face in his own reflection, as he peers into the surface of a pond.

Perhaps the movie’s writers were inspired by a beautiful Jewish tale. The Torah describes Joseph, the favorite son of our patriarch Jacob, being sold into slavery in ancient Egypt. There, he worked for a mighty minister named Potiphar, and seemingly became integrated into the ancient Egyptian society in which he found himself. He proved himself a trustworthy worker, and rose to become an overseer with great responsibility.

Potiphar’s wife was attracted to Joseph and went out of her way to tempt him. One day, she laid a trap for Joseph, who found himself alone with her. It would have been so easy for Joseph to succumb to the loose morals of Egypt, yet in that moment, he suddenly had a vision of his father Jacob. In an instant, Joseph suddenly remembered the moral code his father stood for (Rashi on Genesis 39:11; Talmud Sotah 37). That vision gave Joseph the strength to resist Potiphar’s wife. (In a turn of events, Joseph was cast into prison but later rose to become second in command to Pharaoh himself.)

Lion King echoes Jewish themes when some female characters refuse to accept oppression and injustice. After the wicked lion Scar seizes the throne, he institutes a repressive, horrible rule that makes his fellow lions suffer terribly. Instead of accepting this dismal fate, two female lions – Simba’s mother Sarabi and his fiancé Nala – resist. Nala even goes on a hazardous journey to find help far away.

Perhaps the scriptwriters were inspired by Jewish teachings. Jewish history features Shifra and Puah, (alternative names for Moses' mother Yocheved and his sister Miriam) two incredibly brave women who resisted evil oppression and are credited with the very survival of the entire nation of Israel. While the scriptwriters apparently were inspired by the story of Moses, who was raised in a royal household only to endure exile before returning, it was Moses’ mother and sister – and other Jewish women – who saved the Jewish people through their long dark years of slavery.

While Jewish men despaired, it was Jewish women who somehow found the strength to go on, and who convinced their husbands not to give up on family life. Jewish women continued to raise children and imbue their families with the hope that one day things would be better. When Pharaoh decreed that all Jewish baby boys be thrown into the Nile, Jewish midwives defied their order.

Throughout history, the Jewish people have been saved time and again by brave Jewish champions. Our compelling stories have inspired countless writers, including those who penned Lion King.

The Hurt Locker
Why the Mezuzah is Placed on a Slant
Faith: the Axis Upon Which the Wheel of Science Turns
Love - Not Just About Chemicals Anymore!
Comments
MOST POPULAR IN Jewlarious
Our privacy policy