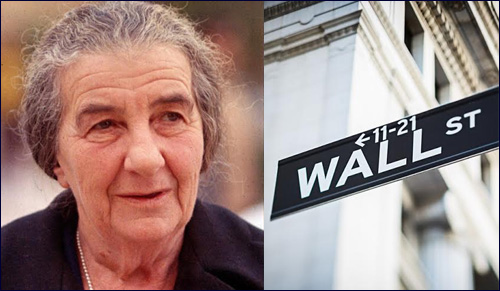 Studies show that stock prices are tied to Yom Kippur?!

As we celebrate the High Holidays, let’s look at some fascinating facts about Yom Kippur Some are known, many have faded from memory. We start by finishing a story…

Two years ago, I wrote about a brouhaha afoot in the United Nations in 2014, asking for the international body to recognize Yom Kippur as an official U.N. holiday. Among the 10 official holidays at the time, Christmas and Good Friday and the Muslim holidays Eid al-Fitr and Eid al-Adha were recognized and Yom Kippur was not. Thirty-two countries wrote on behalf of the proposal to the General Assembly. What happened? You tell me: “General Assembly January 2015: Sixty-ninth session (A/res/69/250), Article 5: [The United Nations] acknowledges that Yom Kippur is a significant local holiday which is observed in the host city of the Headquarters of the United Nations, invites United Nations bodies at Headquarters and other duty stations where observed to avoid holding meetings on Yom Kippur, and in this regard encourages this arrangement be taken into account when drafting future calendars of conferences and meetings.” Did you know that Yom Kippur was “Local to Manhattan” and members are “invited” not to meet? Wow. In addition to the many languages spoken at the U.N. we also have “government-ese” – an odd, razor sharp lingo designed to make things unintelligible. After giving up, I finally called and spoke to a U.N. Librarian from Ethiopia. I asked her simply: “Do you work on Yom Kippur?” Her answer? “Yes.”

To bring us up to speed, the United Nations also stated that, beginning in 2016, they would have nine official holidays and seven floating holidays which each employee would be able to choose one of. It stated that the floating holidays will be Yom Kippur, Day of Vesak, Diwali, Gurpurab, Orthodox Christmas, Orthodox Good Friday, and Presidents' Day. This was the first time the United Nations officially recognized any Jewish holiday.

Did you know that according to the U.N. We Jews are celebrating a holiday that “floats”?

Dateline: October 6, 1973. As Israeli Jews were observing our most sacred holiday, Yom Kippur – they were shocked by the blast of an air raid siren. Radio was resumed to alert them of the attack on Israel by Egypt and Syria. The Yom Kippur War started. The day before, The Jerusalem Post reported that the country would come to a virtual standstill on Yom Kippur. Civilian aircraft as well as taxis would cease running for 24 hours. It also published the call for Israelis, especially those praying at the Wall, to extend their fast for an additional hour and pray for those Jews incarcerated in the Soviet Union. A special prayer for an ailing prisoner at the infamous Potma camp would also be recited.

This astonishing attack had long been thought of – and is still reported – as a surprise, but was it? Did you know that 40 years later, in January of 2014 The Jerusalem Post said the attack was indeed not a total surprise. Veteran army and government photographer Moshe Milner, who was retiring from 30 years of service, where he travelled with the highest government officials claimed a warning was given – by Austrian chancellor Bruno Kreisky to Golda Meir, that a strike was planned.

Milner was with the PM when she flew to Vienna, after Kreisky acceded to the demand of the al-Sa’ika Palestinian terrorist group, who had high jacked a train on September 28, 1973 on the Austrian-Czechoslovakian border carrying Jewish emigrants from the Soviet Union on their way to Israel. They held them hostage, threatening to murder the group unless Kreisky closed the Schoenau transit camp which the Jewish Agency operated as temporary housing for the Soviet emigrants.

Milner was with her during the meeting and claims she was so outraged over Kreisky giving in to the terrorists’ demands, she didn’t believe his warning about an Egyptian-Syrian strike against Israel.

The results of the War have been debated by both sides, with Israel being cited as coming out the stronger, however we have to wonder if and what would have happened had the alleged warning been heeded.

THE HIGH HOLIDAYS … AND WALL STREET?

On the High Holidays, We Jews wish to be free of worldly distraction to focus on reflection and self-appraisal. So, how does that affect stock prices? Robert Johnson, president of The American College of Financial Services, told The Street.com. that since 1950, September is generally a bad month for the S&P 500, while October is bullish.

Data from Bespoke Investment Group released in 2014 found that the strategy worked in eight out of the previous 13 Jewish High Holy Days periods.

A study was done by economists from Nova Southeastern University in 2010, looking at the daily returns of the Dow Jones Industrial Average from 1907 to 2008. The results? Those who bet stocks will fall during Rosh Hashanah then rise after Yom Kippur "would have produced statistically and economically significant returns."

Significant?. Experts Pam Yatrakis and Albert Williams said that a huge investment would have to be made for a relatively modest return.

Meanwhile, this phenomenon isn’t unique to the Jewish High Holidays. Did you know that in general, stocks generally do better before all holidays, perhaps in anticipation of time off and good cheer.

Ah, but did you also know that our holiday, however has an “adage” on The Street? "Sell on Rosh Hashanah and buy on Yom Kippur.”

It must have been quite a sight for government officials. Four hundred Orthodox rabbis, in their black hats and beards marching from the D.C. railroad station to Capitol Hill two days prior to Yom Kippur. They had a life-saving mission, and were following the injunction of pikuach nefesh (saving a life). They wished to speak to both Congress and President Roosevelt to rescue Jews from German concentration camps. When they reached the Hill, they were met by Vice President Henry Wallace and members of Congress. The rabbis read a petition aloud in English and Hebrew calling for a federal agency to rescue European Jews and for the U.S. to increase Jewish immigration. Their requests were met with a minimal response. The President would not see the rabbis and left through a back door of the White House.

Did you know that these courageous rabbis, however, picked up invaluable PR support. The next day the headline in the Washington Times-Herald read, “Rabbis Report ‘Cold Welcome’ at the White House.”

In response, Congress introduced a resolution that called for a federal agency to rescue refugees. Ultimately the President announced the creation of the War Refugee Board which saved at least 200,000 Jews. When these rabbis returned to their congregations, they didn’t know that on October 6, 1943, in observing pikuach nefesh, their gargantuan effort saved hundreds of thousands of Jews from annihilation.