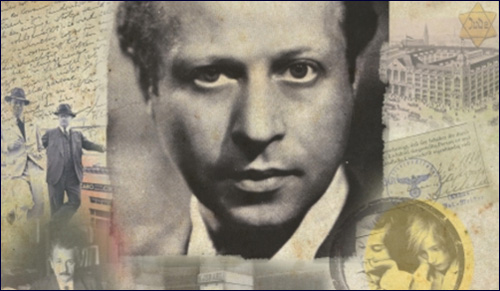 Wilfrid Israel rescued tens of thousands of Jews from the Nazis, yet few have heard of him.

Jews have an ironic rep in the world. On the one hand there are jokes abound about “The Nice Jewish Boy” who, among other things, evoke images of a skinny American Jewish kid in a kippah. On the other hand, mention the IDF and Israelis, and even Jew-haters twist our successes to vanquish the mortal fear of the Jew with a temper, a target, and the unstoppable quest to survive using brains plus brawn. Apart from the fight for Statehood, the Israeli raid on Entebbe, perhaps more than any covertly planned operation, with its strategy, speed, daring, and success took the world’s collective breath away! In honor of the 32 year anniversary of Operation Moses, we look at three other covertly planned or little-known pperations.

Most of us knew in March of 2016, that Israel had successfully managed to rescue the last Jews of Yemen and bring them “home” to Israel. These Jews left behind a country engaged in both civil war and steeped in anti-Semitic attacks. But did you know that the details of the airlift have not been released, as the rescue is considered a “complex covert operation?” Another fascinating fact: One of the 19 Yemenite Jews rescued was Rabbi Saliman Dahari, who brought with him an 800 year-old Torah Scroll! Said Natan Sharansky: “This is a highly significant moment in the history of Israel … Yemenite Jewry’s unique, 2,000-year-old contribution to the Jewish people will continue in the State of Israel.” The name of the mission, “Miktze Teiman,” essentially translates from the Hebrew biblical verse “from the ends of Yemen.”

Some of us know that Jewish-British heartthrob, Leslie Howard (born Steiner) of Gone With the Wind fame was killed during WW ll when, on June 1, 1943 his civilian plane, KLM Royal Dutch Airlines, flight 777 (from Lisbon to Bristol) was attacked by a German fighter plane. There has been much speculation about the role of Howard during the war and whether he was in fact the target. But did you know that the passengers on that doomed flight also included a British intelligence officer, a Winston-Churchill look-alike … and German Jewish businessman Wilfrid Israel who rescued tens of thousands of Jews from the Nazis, yet few have heard of him. Through the work of Kibbutz Hazorea and Naomi Shepherd, the truth about this man is now being revealed.

Wilfrid Israel, the elusive, secretive, sometimes taciturn man sought no glory or recognition. The clandestine work he did on behalf of Jews prior to and during the Holocaust put him in constant danger. Anonymity was safer, especially as he and his family were well-known in Germany – a “privilege” he would use time and again in his mission.

Wilfrid Israel was born in 1899 to the wealthy owners of the Kaufhaus N. Israel, a large German department store with 2,000 employees. Through bribery and financial power, the business remained afloat long after others had been banished. His work was secretly started in the 1920s. Using his connections, status, and fortune he created ways to send European Jewish children to Eretz Israel and saved tens of thousands of Jews throughout Europe. He initiated, supported and funded various projects to send European Jewish children to the land of Israel and other countries.

As the situation worsened, he helped two-thirds of his Jewish staff to escape, also providing them with additional funds.

He seemed almost invulnerable to the Nazis with often amazing results. After the Reichstag was burnt, on March 30, 1933, the Nazis raided the store, demanding Israel fire all his Jewish workers. He refused. Though arrested, he was released at the intervention of an employee, a Nazi.

Using bribery, he arranged for the release of his Jewish employees, arrested on Kristallnacht, November 9, 1938 and sent to Sachsenhausen concentration camp. In return, the camp commander could shop at the department store for free that Christmas!

By means of a clandestine plan he set up with two partners, Israel helped release many more from concentration camps using gelt, permits and connections with influential Nazis. His largest rescue project was the Kindertransport, in which, just prior to WWII, he sent about 10,000 Jewish children from Nazi Europe to Britain.

After he sold the business and moved to Britain, he supplied critical information and assessments to the British government. He was among the first to warn of “The Final Solution.”

Over the years, Wilfrid Israel visited Palestine and was particularly impressed by the pioneers and the kibbutzim, particularly the German-Jewish kibbutzniks of Hazorea. He intended to join them after the war.

When the plane was shot down, Israel had with him 97 certificates to help move Jewish refugees in Spain and Portugal. Those certificates went down with him on that fatal flight. Was then, Wilfred Israel the true Nazi target?

On June 7, 1939 he received the following letter from Albert Einstein

I was extremely glad with your friendly letter and especially with the fact that you are finally safe. What you have done was truly heroic, but I couldn't get rid of the feeling that you are too good for this world, but even more so for the environment, in which you insisted on staying for so long.

With the hope of seeing you again once more in this life, heartily regards to you and yours,

To learn more and to help publicize this remarkable story, go to: http://www.wilfridisraelfilm.org/

The year was 1977. Prime Minister Begin, meeting with the Mossad had an unusual covert assignment for them: rescue thousands of Ethiopian Jewish refugees and bring them from the Sudan to Israel. And so a cover base was created for a handful of operatives in a Sudanese holiday area. It was from here, the operatives were to carry out the plan to launch and oversee the exodus of the refugees by air and sea in the early 1980s. A thrilling and chilling challenge, the Mossad team ran a vacation spot for rich tourists by day, while by night, despite the huge risks, stole into the Sudanese desert to rescue the refugees. This hazardous, covert operation succeeded, with the help of the American administration that facilitated the airlift of the refugees. The CIA stationed in Khartoum also saved the last Mossad agents, fleeing from the Libyan secret service, by sending the Mossad operatives out in specially designed “boxes” labelled as Diplomat Mail! You can read more about it in Mossad Exodus written by Gad Shimron, an operative on the mission.