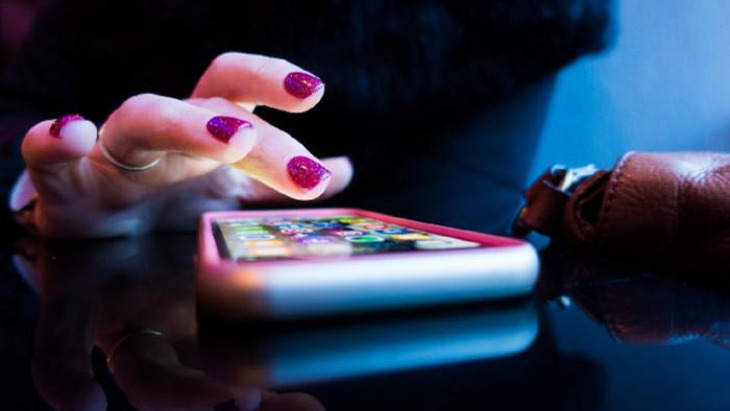 These cell phones sneak up on you, curl themselves around you, purr in your ear and tend to your every whim and need. Then one day they own you.

Cell phones and I are like whipped cream and mustard. They taste good separately, but not together.

We were hate at first glance. I knew these devilish instruments would highlight my weaknesses in how I deal with the practical universe. I misplace, drop and break gadgets on a constant basis, and lose the warranties, too. Better to keep cell phones far away.

Initially, it wasn’t that hard. My work is home-based, and a landline is more than fine. But then a gig required me to travel and be on call at all hours, so I had no choice.

I chose the Kyocera model because it was bang proof and waterproof. My oldest showed me how to swipe, turn the thing off and on, instant message and how to retrieve emails. The latter was enormously helpful.

And yet. Kyocera felt like a high need child I had to feed (all that charging), carry with me, and never let out of my sight. Exhausting.

Instead of reading or writing, I played Are You Smarter than a Fifth Grader and Family Feud. The weather needed to be checked daily, hourly and sometimes minutely – the latter while on family vacations – and I compulsively collected random information like cows can sleep standing up but only dream lying down. Compulsion is the key word. The cell phone fed into too many of mine.

Naturally, this irritated family and friends.

Once, while waiting in a long line at Charming Charlie with my youngest, I spoke to a friend on the phone and paid a bill, too. As we left the store, I noticed my daughter looked crestfallen. What’s up, I asked her. She said, “Now you’re like all other mothers who talk on the phone instead of to their children.” It’s just one phone call, I told her, but felt a chill wind come over me.

So when Kyocera died a premature death (turns out it wasn’t waterproof enough to survive a dunking in the Atlantic Ocean and an immersion in my toilet), everyone rejoiced, myself included. It was a relief. Anyway, the all-consuming gig had ended long ago.

Without a cell phone, I felt a part of the universe.

So I was without cell phone. My hiatus lasted two years, actually 23 months, or 730 days, give or take a few. When I told people I didn’t have one, they either hi-fived me (B.C. Before Corona) or looked at me like I was pre-historic. Most did not consider it charming to be a Luddite in the 21st century.

But forget that. Here are the good things that happened:

But still. Where was all that grounded-in-the-practical creativity coming from? Remember. I’m not good at practical.

I never thought to make the cell-phone-less connection, that it played a hand in my renewed creativity. But when I started writing this piece, I did. For me, having a computer is distracting enough without adding a smart phone on top of that. I was asking, begging to be sidetracked from what really mattered to me.

I had no intention of ever getting a cell phone. Whatever the minuses (missing out on coupons and good deals, no Uber, Spotify or Waze app, not having something to fiddle with while waiting, and getting overlooked or left out because I didn’t text) I could adjust. I would work around it. Others in my life had cell phones.

I wanted to go up to each of them, shake them out of their cellphone-induced stupor: Brothers, Sisters! There’s a person next to you. Really!

Once I was riding the subway and saw every last person in my car, from young to old, from bedraggled to swanky, staring fixedly at the rectangle in his or her palm. There was a ghostly quiet in the car. Except for the occasional smile flitting across someone’s face or a thumb swiping, nobody moved.

I wanted to go up to each of them, shake them out of their cellphone-induced stupor: Brothers, Sisters! There’s a person next to you. Really! A human being with a heart beating somewhere in his or her mid-region. All you have to do is unglue your gaze and lift up your eyes. Would you, please?

No one of course would’ve heard me with those plugs in their ears.

So no cell phone for me.

But behind the scenes, my adultish son was making other plans for me. He had never bought into the Mom-without-Cell-phone-trope-who-listens-more. He didn’t like my being out of step with what he called the world. In his eyes, I was a technology Greenhorn, someone to be faintly pitied, and he didn’t want to pity his own mother.

One day while I sat typing, he casually asked if I wanted a family phone that had a superb camera, something he knew I’d been hankering for. Sure, I said distractedly, and a few days later, there it was, sleek and chic in a red case. It’s in my possession as I type.

It has a weather app, a camera app, Waze, Uber, texting and on-again off-again email capacity. And a way to make phone calls. No Google, Youtube or Internet. (Or so I was told.)

So far it’s working – meaning, I haven’t become addicted – because I usually have no idea where it is. (Family members borrow it a lot.) When I need it, mostly for Waze purposes, I call out at the top of the stairs, Where’s my phone? And it usually materializes. I love Uber. I love Spotify. I love taking pictures of ocean waves in Slo-Mo.

The truth is: Being unplugged gave me pleasure. And having a cell phone gives me pleasure, too.

All is good – still reading and writing and connecting – even though I can’t muster up that raw creative energy that seemed to surge through my veins. Also, I stopped making things. Now I just order stuff on Amazon.

I guess you could call it a truce between me and the cell phone. Although I doubt whipped cream and mustard will ever taste good together.

But I’m on guard. I know how these cell phones work. They sneak up on you, curl themselves around you, purr in your ear and tend to your every whim and need, and then one day they own you. You don’t feel human without it.