Will Your Cell Phone Kill You? 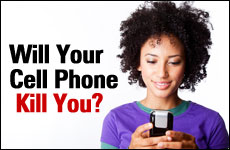 A Jewish approach to risk evaluation.

According to a recently released statement by the World Health Organization, radiation from cell phones can possibly cause cancer in humans. According to Jewish law, does that mean it is time to throw away your cell phone and return to using only landlines?

Every day, we face a myriad of potential health hazards, some certain and some questionable. We drive cars, play sports, eat junk food, and speak on cell phones. Some activities, such as pregnancy and childbirth are commonplace, but certainly present a component of significant risk. It is impossible to avoid some risk in our daily lives, but how much risk does the Torah permit one to take?

From a secular perspective, autonomy dictates that one may take as much risk as one wishes (so long as no one else is endangered and society will not have to care for the orphans created by one’s risky behavior). But the Torah instructs us to guard our health because the individual does not hold title to his body.

The Torah has several commandments related to personal safety. For instance, one must be proactive in eliminating preventable risks, such as building a parapet around any flat roof to prevent someone from falling and building a fence around a swimming pool.1 In addition to removing hazards, the Torah twice commands us to protect our health, safety and well-being.2 For example, the Talmud forbids walking near a shaky wall, for fear that it fall and injure the passerby.

Nevertheless, dangerous pursuits which involve risks accepted by the general population are permitted and therefore there is a subjective component to evaluating how much risk is acceptable. The Talmud asks in several places why certain potentially dangerous actions are permitted. It answers that a person need not avoid small risks that are accepted by the rest of normal society without undue concern. For instance, since automobile travel presents an element of danger, we might think that it should be forbidden. Nevertheless, driving a car is a risk accepted by society and most people do not give much thought to the danger. Therefore, driving with normal caution (such as wearing a seatbelt and using the turn signal) is permitted by Jewish law, despite the inherent small risk. The basis for this ruling is that while we may not take haphazard risks, we may go about our normal daily activities with the guarantee of Heavenly protection.3

Judaism recognizes the need to earn a living as a second mitigating factor in allowing risky behavior.4 There are many hazardous jobs that need to be done and if one takes adequate precautions, it is permissible to do these jobs, despite the risk involved.

The extent of risk that is acceptable in Jewish law is directly related to the significance of the benefit to be gained.

A third justification for taking a risk is more altruistic. Attempting to save the life or health of another person or oneself is another legal justification for risk-taking.5 While one is almost never required to enter even a questionably dangerous situation to save the life of another person,6 Judaism clearly encourages an individual to take a small degree of risk to help save his fellow. This is the justification for activities as invasive as live kidney donation7 and as mundane as a person attempting to save a drowning victim if he knows how to swim.8

The degree of risk that one may undertake is related to several criteria. For instance, the extent of risk that is acceptable in Jewish law is directly related to the significance of the benefit to be gained. One may only accept small, theoretical risks as part of one’s routine activities of daily living. The means of determining how small a risk must be to be considered acceptable is a general societal standard, not an objective statistical standard. To earn a livelihood, a greater degree of risk is acceptable. While most people will not personally accept the risk of painting a bridge or diving for pearls, the requirement for income is a pressing need that justifies the greater risk. Nevertheless, one must take all reasonable precautions and one may not perform an activity which has a high expectation of serious injury or death. Even saving the life of another justifies only limited risk-taking, due to the principle that one’s own life takes precedence over the life of one’s neighbor.9

But there is another consideration that must be taken into account before we consider disposing of our cell phones. Not all risks are created equal. Maimonides draws an interesting distinction in describing the severity of various types of risk in his monumental legal treatise, the Mishneh Torah.

He describes one type of risk that is the result of unhealthy long-term behavior, such as eating certain unhealthy foods.10 While he strongly advises that one never eat such foods, he does not declare them forbidden. In another section, he gives a list of acts that are forbidden because they are dangerous such as drinking uncovered water (for fear that a snake poisoned it), regardless of how many people drank safely from the water previously. The latter category is forbidden even though the probability of a dangerous outcome is remote.11

The reason why the two types of risk are treated differently revolves around the distinction between pre-existing risk and risk that increases over time. A risk which is already present, even if the risk is very small, is generally prohibited by Jewish law. Therefore, a food that has even a small chance of being poisoned is forbidden to be eaten because there is a chance that the poison is already present. This is akin to playing Russian roulette -- even if only one chamber in ten thousand contained a bullet, the presence of a bullet in the gun would likely scare off any person who values his life.

Yet, an activity or situation where there is only a statistical risk of danger, such as eating unhealthy food or engaging in repetitive stressful activities that may cause disability over time,12 are not forbidden, because the risk is cumulative, with no individual item or action containing any significant danger. This is intuitive, as even a very health conscious person might be willing to eat a fatty steak on rare occasions because he rightfully believes the danger of such food is related to the quantity and frequency of ingestion and that an individual, unwholesome steak is not dangerous. If he eats even unhealthy food in moderation, the risk is small and acceptable.

While cell phones may present an increased risk of brain tumors, Jewish law would be unlikely to ban their use.

Therefore, Jewish law would forbid the game of Russian roulette because of the present danger, but would only discourage the unhealthy food because no individual piece of meat presents a danger.

We may now put our cell phones in perspective. While cell phones may present an increased risk of brain tumors, Jewish law would be unlikely to ban their use. The use of cell phones is ubiquitous and the theoretical risks are thus far accepted by the overwhelming majority of society.13 Additionally, there is no pre-existing danger as no individual call presents a significant threat. It is not the use of the cell phone that is dangerous; it is the excessive use of the cell phone near the ear that presents the problem.

So while Judaism takes great interest in protecting life and health, Jewish legal experts are very unlikely to ban cell phones, but instead encourage their prudent use. It is wise to reduce radiation exposure by keeping the cell phone as far from the body as possible14 (preferably utilizing a wired earpiece or speakerphone to decrease radiation exposure), limiting the length of phone calls,15 and minimizing use in locations with weak signals where the phone increases radiation in its attempt to contact the tower. This approach fits in well with the Jewish value of encouraging a normal lifestyle with a sensible approach to risk.

The Song of the Ocean

The Ethics of Smallpox Immunization
For Every Individual, A Torah Scroll
Allegiance To The Monarch
Meet the Real You: Yom Kippur
Comments
MOST POPULAR IN Current Issues
Our privacy policy
Aish.com Is Looking for Great Writers