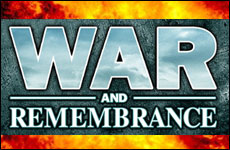 When Jane Seymour’s agent first sent her the script for War and Remembrance, the actress was, in her words, “completely overwhelmed.” Although the role hadn’t been offered to her, Seymour wanted very much to play the role of Natalie Jastrow, a Jew married to a Gentile who finds herself stranded in Europe as the Nazis’ grip over the continent tightens. During her inexorable fall from a life of privilege and safety to donning the gray striped uniform of an Auschwitz prisoner, Natalie taps into a previously unknown emotional connection to her faith as she fights for her life and that of her young son.

Seymour is not Jewish, but her mother had been imprisoned in a concentration camp in Indonesia under the Japanese, and her father had helped to release prisoners from Bergen Belsen. “The whole idea of being Jewish but not really being Jewish is something I totally related to,” Seymour said. “Natalie didn’t consider herself Jewish and never believed she would be affected by what was happening in Europe, but she ended up developing a profound appreciation for her heritage.” When War and Remembrance producer/director Dan Curtis told Seymour she had won the role after all, “it was the most thrilling day of my entire career,” she recalled.

Based on the book of the same title, War and Remembrance is an epic miniseries – 29 hours in total – that debuted on the ABC Television Network in November 1988. Both War and Remembrance and its predecessor, The Winds of War, were meaty historical novels, painstakingly researched and written over the course of 16 years by Herman Wouk. The Winds of War was also made into a TV miniseries, airing over 18 hours in February 1983.

Wouk has written about Jewish faith and the remarkable ability of Jews to continue to thrive, despite the odds.

In addition to these blockbuster historical novels, Wouk’s wide-ranging body of work includes some of most celebrated and enduring books in American culture, including the Pulitzer Prize-winning The Caine Mutiny and Marjorie Morningstar. As an observant Jew, Wouk has also written This Is My God and The Will to Live On, both focused on heartfelt matters of Jewish faith and the remarkable ability of Jews to continue to thrive, despite the odds.

War and Remembrance begins where The Winds of War left off, with the attack on Pearl Harbor in December 1941, and takes us on a riveting journey through the war’s end in August 1945. Herman Wouk, now 95, said that he had done his best “to make those great and terrible days live again, graphically and truthfully, in War and Remembrance.” Working with producer/director Dan Curtis, Wouk more than achieved his goal.

No other dramatic production has come close to the scope, dramatic urgency, and scrupulous historical accuracy as War and Remembrance, and it’s almost impossible to imagine anything ever matching it in the future. We are gripped by the intersecting personal narratives of two families at the center of the story, the Henrys and the Jastrows, and watch how their lives are changed forever by the course of the war. The Gentile Henry family is deeply involved with the military effort. Admiral Victor “Pug” Henry (Robert Mitchum) commands a gunship; his son Warren is a naval aviator, and son Byron is torpedo officer on a submarine. Byron is also married to Natalie, who is working as a research assistant to her uncle, the renowned author Aaron Jastrow, at his villa in Italy. Aaron feels impervious to the looming threat of war, assuming that his fame as a writer, and a slip of paper attesting to an insincere conversion to Catholicism earlier in his life, would immunize him from the Nazi threat.

While the dramas that unfold in the lives of the Henrys and the Jastrows remain the focal point, War and Remembrance shows us the trajectory of the war, its battlefield and political pivot points, with unforgettable depth and poignancy. Many critical battles of the war, including the battles of Midway, El Alamein, Stalingrad, Guadalcanal, and the D-Day invasion, are reconstructed vividly and based on pinpoint historical detail, and are interspersed with actual newsreel and stock footage the producers obtained from the Pentagon and film depositories in Germany and Japan. History’s main players during this time – Churchill, Roosevelt, Stalin, and of course, the monstrous Hitler and his henchmen – are also shown during historically significant moments that determined the course of the war. In fact, Curtis filmed at the actual “Eagle’s Nest” compound where Hitler continued to direct the war to increasingly catastrophic effects, including his ultimate “scorched earth” policy.

Many elderly extras had actually survived that very selection process as children.

War and Remembrance includes more than 2,000 scenes covering the three and a half years of America’s involvement in World War II. The production was filmed across 10 countries, including France, Italy, Austria, Yugoslavia, Switzerland, West Germany, England, Poland, the United States and Canada, over a period of two years. The production includes an astonishing 358 speaking parts, and more than 40,000 extras. In one scene where Jews are pulled from box cars arriving at Auschwitz for the “final selection” between the camp and the gas chamber, many of the elderly extras had actually survived that very selection process as children. “They came back to purge their souls of that horror,” noted Curtis in a documentary later made about the production of the miniseries. “I find that extraordinary.”

Curtis, who died in 1996, also won permission to film at the Auschwitz death camp, after two years of negotiations with the Polish government. It was the first time such permission had been granted. He also built box cars and tracks modeled after actual photographs of the originals. “My first visit to Auschwitz and the Birkenau death camp on a cold, snowy day was like being hit in the face with a sledgehammer, and the filming of those horrific scenes will never leave me, as I hope will never leave those who see them,” said Curtis.

“Filming many of the scenes in Auschwitz with actual survivors of the Holocaust was an unbelievably emotional journey,” Seymour also recalled. “I felt their energy, their strength and their pain.” Many of the cruelest, most twisted ironies of the Nazi machine add even more poignancy to the miniseries, such as watching well-dressed Jews being pulled off trains, exhausted and sensing defeat, trudge past prisoners in gray-striped uniforms who are playing classical music at Theresienstadt. Or, having Adolph Eichmann tell Natalie and Aaron that he is carrying out the Fuhrer’s “policies” regarding the Jews “as humanely as possible.”

While there is no shortage of painful and searing imagery, War and Remembrance also conveys the incredible bravery shown by individuals who risked their lives fighting Nazi evil. It equally captures the indomitable Jewish spirit that has carried us through millennia of persecutions and ultimate survival. Aaron Jastrow’s character shows this most compellingly. Stuck in Italy and hoping still to elude capture by the Nazis, we watch as the illustrious author, seemingly totally disconnected from the his spiritual roots, sings an emotional “Ka Ribon” on Friday night with a Jewish family who is sheltering him and Natalie.

As the Jastrows are finally caught in the Nazi web, Aaron realizes that he had placed false hope that his fame could keep him safe, and that despite his appeals to “friendly” Nazi brass, he was "hopelessly beyond diplomatic rescue of any kind." At that moment, he tears up his conversion papers and puts on the Tefillin he had not worn since his days growing up in Oswiecim, decades before that town’s name was changed to the ugly Auschwitz. "I have spent my life on the run from my religion,” Aaron writes in his journal. “I spend my remaining days as a Jew. Thus I answer Eichmann."

War and Remembrance is much more than just riveting drama. Its sheer scope, meticulous detail and outstanding performances by an all-star cast provide a dramatic crash course in that darkest of historical periods. Herman Wouk, who also helped adapt his massive novel for the screenplay, noted, “Today it is an easy thing for thinkers to assert that Nazism was a fraud, a forged check on human nature, doomed to fail. We who lived through the global manhunt, and fought in it, know what a close-run thing it was. . . . If I were not Jewish I would still have had to tell the same story, if with less grief and passion than I have done, in order to delineate the world manhunt as it truly happened. The motto for the film is the same as that of my book, ‘The beginning of the end of War lies in Remembrance.’”

The DVD series of War and Remembrance can be purchased here.

Spider-Man and the Jews

Why I Didn’t Watch the Royal Wedding

Michael Scott and You
Were Adam and Eve Jewish?
How I Learned to Love the Multiverse
10 Big Jewish Inventions
Comments