The Tragic Story of Dan Givon: A Yom Hazikaron Remembrance 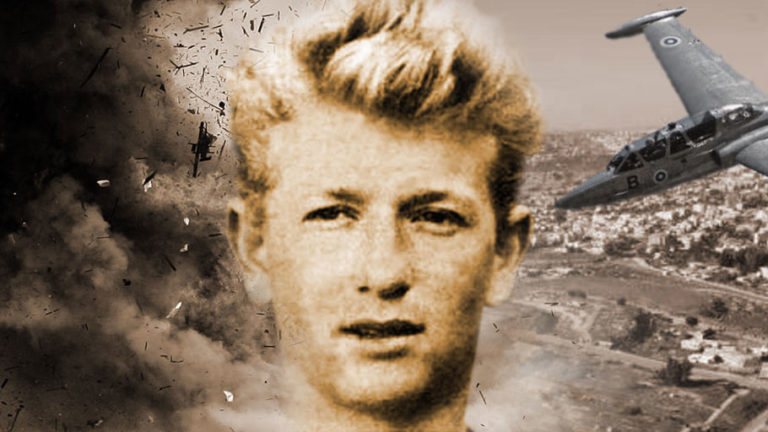 A week after receiving his wings in the Israeli air force, Dan fought in The Six Day War. He was killed defending Jerusalem.

For years on my way home in Jerusalem I would pass Givat HaMatos (Airplane Hill) and wonder what was the story behind this place and how it got its name. I finally succumbed to intrigue and began to unravel the life of an idealistic Israeli pilot whose plane was shot down, crashing into the mountain ridge I rode past every day. His name was Dan Givon and he died defending the city I am proud to call home. 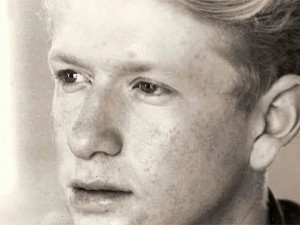 Dan was born on April 26 1946, two years before the State of Israel was declared. His parents, Ben-Uri and Miriam, were among a group of youth movement members who had moved from Romania and Yugoslavia, founding members of a new kibbutz. Shaar Ha Amakim, meaning Gate of the Valleys. Located in the north of the country, with the beautiful backdrop of the Carmel Mountains, today it is a home to a wide range of successful Israeli farming and enterprise, and a major producer of sunflower seeds.

Brother to Shula and Ilan Givon, Dan is remembered with affection by friends from the kibbutz, now in their 70s. “He was a handsome young man,” says Baruch Birnbaum. “He was blessed with many talents.”

Dan seemed to breeze through school and stood out for his music and artistic capabilities. Together with other children on the kibbutz, he formed a musical group who would perform songs in Hebrew. Dan was the songwriter and among his favorite themes was the beauty of the land of Israel.

At 16, Dan left the kibbutz to finish the final year of high school in Tel Aviv, attaining high grades across the board. At the end of his last year of studies, with his military service approaching, he had long made up his mind to take the entrance test for the air force. As the Israeli saying goes, “The best go to be pilots.” 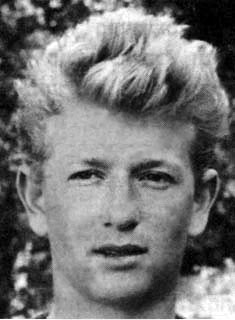 Dan Givon fought in The Six Day War a week after receiving his wings.

Yisrael Rom, a friend, recalls, “He worked incredibly hard. Many on the kibbutz were surprised when he completed the course.” Not everybody did; it was tough mentally and physically, and pilots often flew alone, requiring a vast knowledge of aviation and the mastery of the mechanics of the wide range of planes that comprised Israel’s air force. Dan was 21 when he graduated the course at the end of May 1967, on the eve of the Six Day War. As he was receiving his wings, massive Egyptian and Syrian forces were mounting on Israel’s borders while calls for her destruction rang through the airways in Cairo and Damascus. 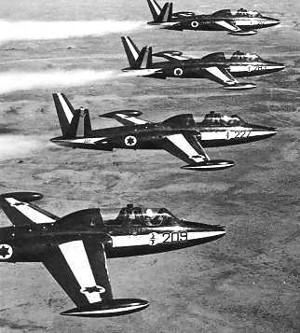 Israel acted decisively with a pre-emptive strike on the Egyptian forces, destroying over 500 aircraft as they sat parked on the runway. That day, Dan received his first mission, in his Fouga CM.170 Magister plane, providing air support for the IDF ground forces who had become enmeshed in fighting as they attempted to strike the 100,000 Egyptian troops and 3000 tanks, APCs and artillery pieces on the Sinai border. On the second day of the war he was called to defend Jerusalem after Jordan entered the war, sending a barrage of artillery fire towards Jewish neighborhoods on the city’s south eastern belt.

The Jordanians had dug deep into a large hill across a shallow valley from Kibbutz Ramat Rachel. The site was of high strategic value, giving a view of over half of Jerusalem. Also home to a 6th century monastery, in 1956 it gained the notorious name, The Hill of the Four, after Jordanian snipers gunned down four Israeli archaeologists touring the site. A network of tunnels, barracks and trenches had been dug into the side of the ridge of the hill allowing Jordanian forces to pose a constant threat to Jewish neighborhoods. 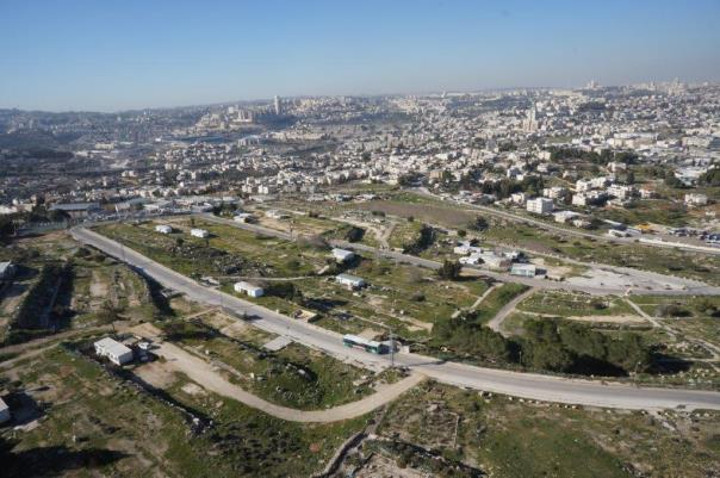 As part of a four-plane platoon, Danny, the youngest of the pilots, flew low over the hillside attempting to find the right angle to take out the artillery positions. Trying to dodge anti-aircraft fire, he took a direct hit, plummeting out of the sky and crashing down on the adjacent ridge. The place became known as Givat HaMatos, Airplane Hill.

“I remember the attack,” writes Moshe Limey, who was nine years old in 1967. “The planes reached southwest of the monastery above the green mountain. There I saw four planes fly past shooting at the mountain hideout. I will never forget, the fourth plane was hit and did not emerge with the others.” He added, “I will always remember how it curled toward the ground and the strong black smoke that rose into the sky after it hit the ground.” 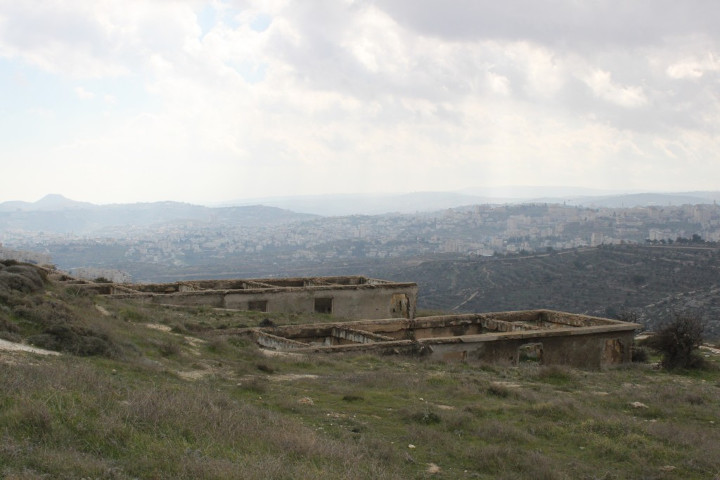 Remain of Jordanian base dug into the hillside

In the spirit of the IDF not to leave a man behind, efforts were made immediately to rescue Dan’s body from his aircraft. However in the ensuing attempts to rescue him, three soldiers tripped mines planted by Jordanians, suffering serious leg injuries. After the war, two of these men would name their sons Dan in his memory.

The terrible news soon reached Dan’s parents and his friends in Shaar HaAmakim where friends to this day remember the sadness that engulfed the kibbutz.

Baruch Birnbaum, says, “I can still recall when they posted the news of his death on the billboard in the dining room. The whole kibbutz was in heavy mourning.” He continued, “It was just the day after another son of kibbutz members had been killed while on patrol near the Gaza Strip.”

During Dan’s funeral at the kibbutz cemetery his father recited some of his poems.

For these friends and family, the idealism of this young pilot still lives on. “I still remember the songs Danny wrote like it was yesterday,” Birnbaum says, “They pay testament to a young man who had such sensitivity and love for the colors, landscapes, sounds, sounds and people he grew up with.”

The Jerusalem municipality erected a monument on Givat HaMatos on the spot where Dan fell. It flanks the Hebron Road, a major artery that leads to the Old City that was also liberated in the Six Day War. A local elementary school has taken responsibility to preserve the site, visiting every year to clear away the weeds, cut back the grass and keep the memory of this story alive. Directly opposite, stands the Mar Elias Monastery and the remains of the Jordanian batteries that can still be seen visibly by passing cars. 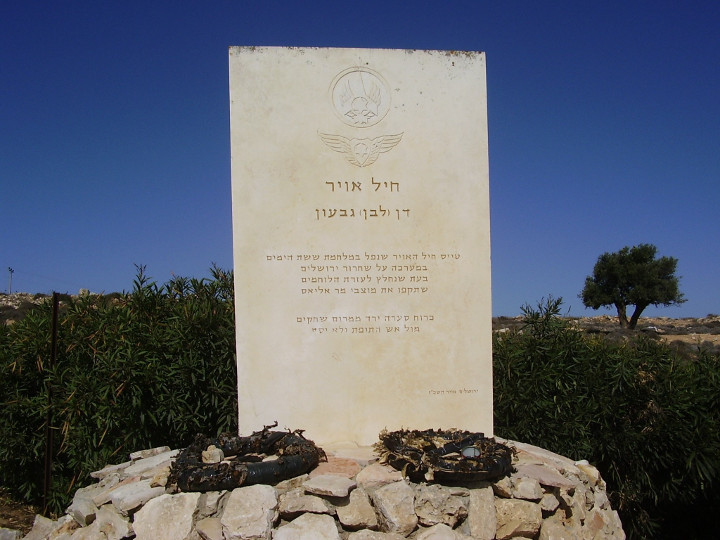 I have often taken visitors to climb this hill, to take in its incredible panoramic view of history and beauty, old and new. To one side are the foothills and town of Bethlehem, where King David once walked as a shepherd, to another is the Tomb of Rachel, the Matriarch of the Jewish People buried by Jacob almost 4,000 years ago. As you turn, an unbelievable vista of Jerusalem opens up, with over half of the city visible, and just meters away is Givat HaMatos where one of Israel’s most idealistic young pilots fell protecting the land that he loved.

On Yom HaZikaron, let us remember Lt. Danny Givon and all of the soldiers and members of the security forces who have fallen in their defense of Israel. May their memories be for a blessing.

Transient Souls: The Aliyah Chronicles #3
Bechukotai 5782: Divine Retribution
Behar 5782: Working to Live or Living to Work?
The Wholeness of Being Broken
Comments
MOST POPULAR IN Israel Diary
Our privacy policy