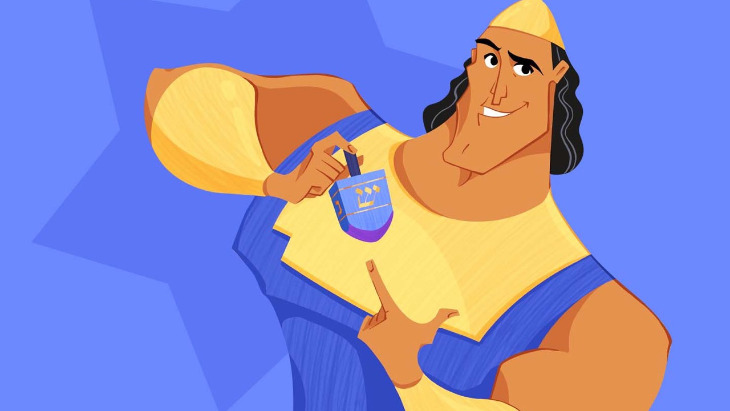 Jewish representation can be hard to come by. This year, Disney shared social media content celebrating Jewish culture: a challah-baking recipe and a dreidel-making guide. Both featured Kronk, a popular character from The Emperor’s New Groove, leading many to the same big question: “Wait a minute, is Kronk Jewish?”

The character Kronk doesn’t fit a stereotypical Jewish profile – he’s huge, extremely top-heavy, and not very bright – and wasn’t originally developed to be Jewish. The Emperor’s New Groove takes place in an often anachronistic Incan empire (remember the scene with the trampoline delivery?), and its only hint to the existence of Judaism is in an off-handed “Mazal Tov.” And yet, here he is, representing Jews. 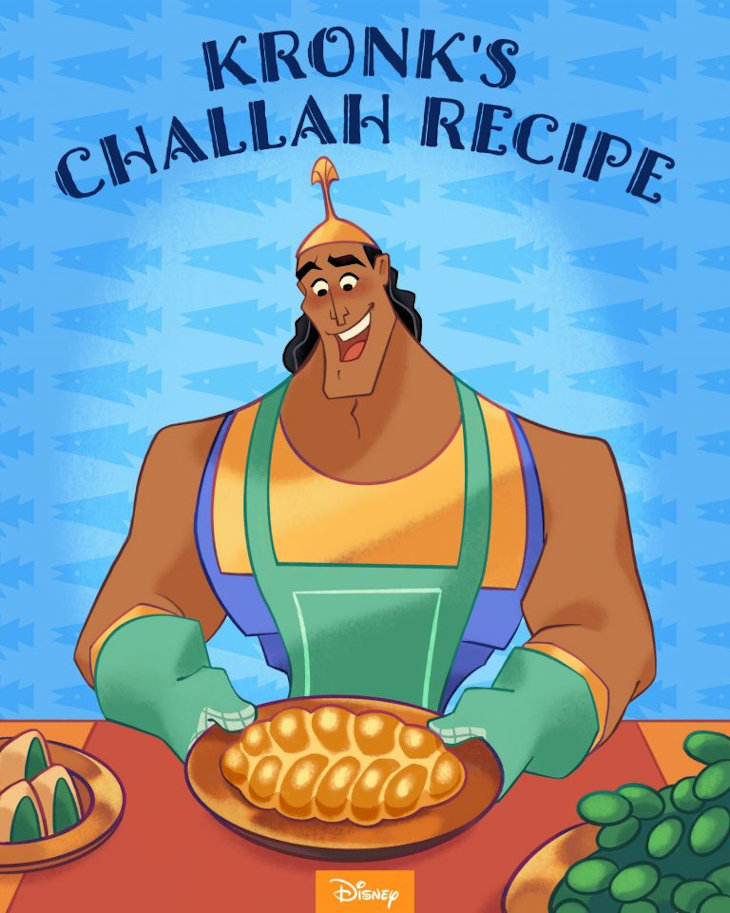 So how did Kronk go from beloved henchman to Jewish icon?

The Emperor’s New Groove came out in 2000, the result of a troubled production that ultimately created an environment for odd choices and goofy non-sequiturs to make their way onscreen. “It was that kind of vibe,” said Chris Williams, a storyboard artist, “where people could just come in and say, ‘I think Kronk should make spinach puffs.’ And we’re like, ‘Yep, go with it, dude.’” So, in a movie about a would-be poisoning attempt turning an emperor into a llama instead, Patrick Warburton voices Kronk, a henchman more concerned about the dinner party than he is about the poisoning it’s meant to cover up.

The box office results for The Emperor’s New Groove were considered disappointing, but the film found new popularity on the home video market and became something of a cult hit. The movie found a second life as a source for endless quotes and memes, with a special love at the center for Kronk, the breakout character. While he wears a cap that could possibly be mistaken for a yarmulke, Kronk exhibits no signs of being Jewish in The Emperor’s New Groove.

#Blinkoff snuck in a dreidel (with a musical hint to “I Have a Little Dreidel”), Hebrew letters that spell out God’s name, and a mezuzah on Winnie the Pooh’s door.

The story of Kronk’s Judaism begins with Saul Blinkoff, a director, motivational speaker, and observant Jew who co-directed the straight-to-home video sequel Kronk’s New Groove. In public speaking engagements and in conversation with Aish.com, he shared stories about Jewish easter eggs he hid in his films. In Winnie the Pooh: Springtime with Roo, the first of the three Disney films he co-directed with Elliot M. Bour, Blinkoff snuck in a dreidel (with a musical hint to “I Have a Little Dreidel”), Hebrew letters that spell out God’s name, and a mezuzah on Winnie the Pooh’s door (“Now he’s Winnie the Jew!”).

“I just started to become more observant,” Blinkoff told Aish.com, “and I wanted to put Jewish things in the films. I wanted to express myself as not a filmmaker, but a Jewish filmmaker.”

The sequel Kronk’s New Groove sees Kronk take the lead, as he seeks approval from his father and finds love in unexpected places. The script called for a wedding scene where Kronk imagines marrying Ms. Birdwell, the woman he’s fallen for, so Blinkoff did what he loved to do: he incorporated Jewish imagery into the film. “I gave them my wedding album… the chuppah with the cala lily flowers, and we had the artist put that in there.” So, in Kronk’s vision, he steps on a glass, the crowd shouts “Mazal Tov!” And he stands with Ms. Birdwell, under a chuppah. Later on, in the credits, another image shows Kronk and Ms. Birdwell being lifted on chairs, holding a napkin between them – a classic image of Jewish weddings. And just like that, Kronk was Jewish. 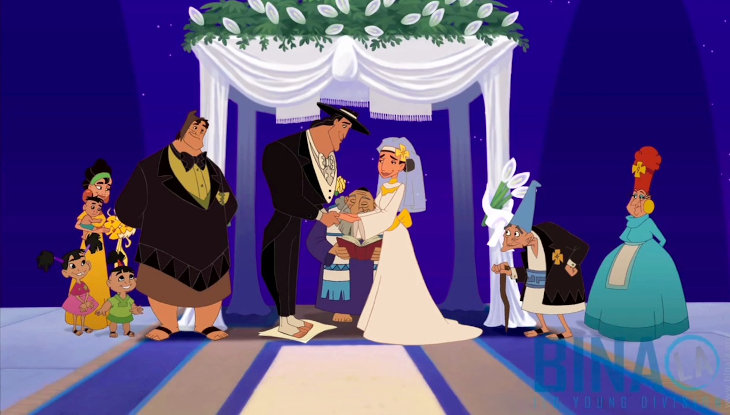 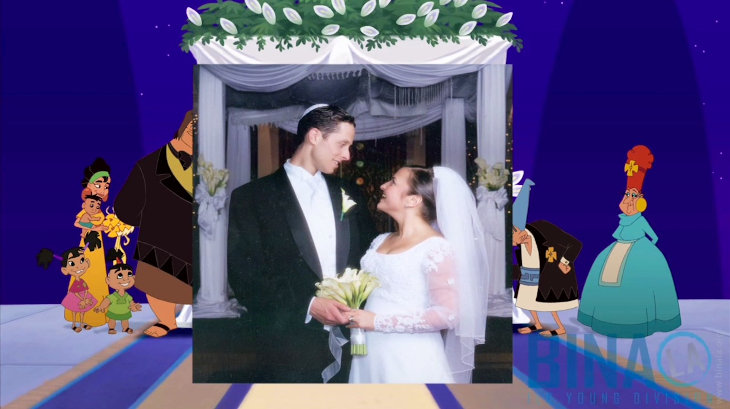 (1) The chuppah in Kronk’s New Groove (2) The same scene, with co-director Saul Blinkoff’s chuppah for comparison.

After Disney posted Kronk’s dreidel-making guide, positive support flooded in, celebrating “canonically Jewish Kronk” and the surprising joy of seeing him represent Jews online. As a goofy character in a goofier movie, Kronk already had an extremely positive presence online, representing the lovable, oblivious doofus in all of us (“Oh, riiiight, the poison. The poison for Kuzco. The poison chosen specially to kill Kuzco. Kuzco’s poison. That poison?”). “He’s the heart,” says Blinkoff. “He’s all heart.”

Blinkoff had originally intended the Jewish references in Kronk’s New Groove to be more of a hint than a major decision for Disney. “It was nice to see that they took that thing that we established and kept going with it,” he says. Kronk’s position as a face for Jewish holidays and practices joins an interesting conversation about Jewish representation amid a larger reckoning over diversity in popular storytelling. It’s no longer satisfying for a studio to hint that a character belongs to a certain underrepresented group – representation should be something more meaningful. 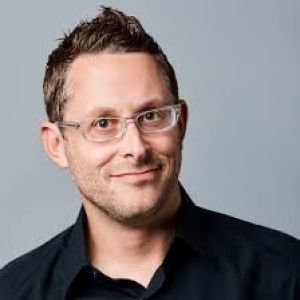 When we talk about Jewish presence in popular stories, like Rugrats’ Hanukkah special or Disney’s first Jewish princess, Elena of Avalor, we look for attention to detail. We look for understanding. We want to see our stories told the right way, so others can find inspiration while we can feel like we belong in the stories we love.

Kronk was not designed to be Jewish, but the fit was right. There was a deeper meaning baked into the character, even if the Jewish aspects weren’t originally planned. “He’s a great chef, he’s good with food, and we love our food,” says Blinkoff. “He’s got a lot of heart, he’s dependable, he’s loyal. I would say that’s a good representation for the Jewish people.” When asked how he would respond if invited to work with Kronk again, Blinkoff said, “I would take that responsibility seriously, try to elevate his character more, and try to show more about the beauty of living a Jewish life.”

So, what’s next? Plant a tree on Tu B’Shvat with Kronk? Kronk sings the High Holidays? There’s no way of knowing for sure. Whatever it is, we can hope it’s meaningful and full of heart, just like Kronk.

Avatar and the Jews