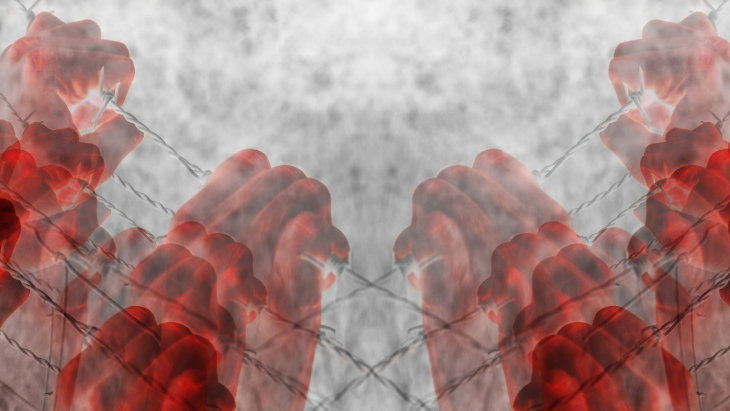 The Allied Forces gave the Jewish boys in Prague a gift: baseball bats and a group of captured Nazis.

Each year Rabbi Gershon Weiss held a festive gathering, a meal of thanksgiving, to commemorate when the war had ended for him and his family. A teen when the Germans took over much of Europe, he had been interned in the Prague ghetto along with his parents. Life had gone from hard to tenuous, from hunger to starvation and the curfews, the arrests, the beatings and the murders were escalating with venom and terror. Surviving was a challenge, each day bringing new threats.

The Jewish youth did their best to survive, often facing peril and grave risk to scavenge for food, to smuggle messages and to evade the homicidal scrutiny of the German enemy while also encountering the betrayal of locals who had once been friends, associates, customers, employees and neighbors. The streets were blocked off, filthy and scary to anyone who ventured out. Young boys underwent rites of passage unlike those of today’s adolescents. There was no fun. No toys, no games. There was no warm security or comfort. There was no safety in numbers because, to the contrary, assembling in groups meant certain detection and swift retaliatory action.

There were, however, moments when their religious pride flowed into hope, and their spirit felt stoked, if not renewed and validated. An aktion was planned, aiming at the fabled synagogue of the Maharal of Prague. The tanks launched explosive shells at its graying walls and the one direct hit failed to detonate, ricocheting instead onto an unintended target beyond the Jewish quarter. Moments like that were not unnoticed by the collection of furtive Jewish teens who kept watch on their embattled streets and homes. And there they stayed, and many survived, a hybrid of young Torah scholars, of non-religious Jews, of those who had sought to assimilate, those who had been wealthy and upwardly mobile, those who were destitute and unschooled.

They formed as firm a pact as they could, dedicated to staying alive and fending, however meagerly, for parents and siblings who hid indoors. They seldom thought about the future, focused instead on today and a possible tomorrow.

When Allied forces rolled in, breaching the Nazi defenses, the war against Jewish Prague rolled to a halt. Victorious conquering troops entered the ghetto, assuring all that they were now safe and free. Slowly, the emaciated and terrified survivors came forth, accepting offers of food, of clothing, of heat and fuel, of liberation. They looked for their friends and loved ones, mourning those confirmed lost, trying to rejoice in their salvation after seasons of woe and despair.

One morning, an Allied officer and his platoon approached the young Jewish men. The soldiers wanted to give them a present. The boys were asked to ride with the soldiers in their jeeps and they came to the city limits, on the outskirts of town. They were escorted to a large building, a warehouse. The officer approached the youngsters, hardened as they were from stark diets and the steel nerves which come from long intervals of being on constant alert.

He handed them baseball bats. No mitts, no ball, just solid wooden bats. The boys accepted them, curious, wondering what the point was. No one had played any games in the ghetto, and baseball was an American sport.

Then the officer spoke.

We are inviting you all to go inside, take these bats, and get your revenge. Our soldiers will look the other way.

“We have a gift for you. Inside that warehouse, you are going to see dozens of trembling cowards. We rounded up the Nazis who policed your neighborhood. We know who they are and we know what they did to you. They are standing in there now shaking. They are not wearing their uniforms. We have armed guards blocking the exits and they will shoot to kill if those creeps try anything. But they will not try anything because now the world can see what they are made of. Without their uniforms and guns, they are just miserable scared bullies who know what awaits them.

"And here is our gift. We are inviting you all to go inside, take these bats, and get your revenge. Our soldiers will look the other way, and no one will document this. Either way, these villains are going to suffer consequences, but you boys deserve to be the first to give it to them.”

Decades later, at his annual thanksgiving meal, Rabbi Weiss, our teacher, would finish off the story for us.

“We took the bats and walked in. We were a group of toughened teens who had often imagined such a moment, when the tables would be turned. We eyeballed the shivering Germans, recognizing many of them as the soldiers who had shot this one, beaten that one, chased another one, robbed and pillaged this place and that, the ones who spit and jeered and leered and insulted us, and assaulted our sisters and mothers. And they now stood in terror as our eyes locked with theirs, as we gripped our wooden weapons, and stared them down. The warehouse was rank with the stench of human sweat, and the large room was still with the eerie silence of anticipation.

"And then, with no words exchanged between any of us, we all spontaneously laid our bats on the floor. We filed out. We shook our heads and I realized that I could not do this. Fighting for your life is one thing, but seeking revenge by beating a vanquished enemy was not something any of us could do at that moment. We said little to the kind officer who had wanted to help us with that 'gift.' Instead, we walked back to town, determined to rebuild our lives as Jews.” 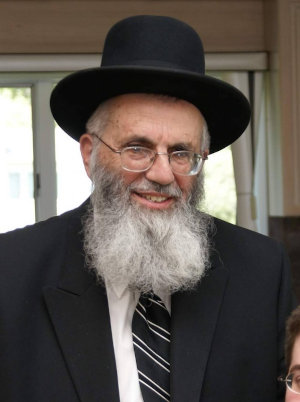 The catharsis and healing which might have come from externalizing the rage within was set aside. Each boy who was there emerged with some subjective sense of what their collective decision had meant. For some, it may have been feelings of meekness and weakness. For some it may have been thoughts of moral virtue. For some it might have been a transformative spiritual ascendancy. For some it could have been the beginning of a new war, the internal battle in the mind of the memories and the demons and the regrets which sometimes haunt those who survive a trauma. And I am sure that some who read these words will be critical, decrying the failure those boys displayed by not exacting their physical revenge.

But for me, a young yeshiva student sitting at the table of my esteemed teacher and spiritual guide, Rabbi Gershon Weiss z’l who recently passed away, the lesson took years of pondering, looking for the meaning of that incident. What is the correct way for a Jew to react when given the possibility of revenge? What would I become were I to retaliate, under those conditions? Had Rabbi Weiss’s yearly feast been a celebration of his liberation and survival, or had it been a commemoration of his having triumphed over the compelling inner urge to enact brutal vengeance, and instead empowering himself to exercise the greatness of human spirit in contrast with those who had acted with the basest of human cruelty?

A version of this article appeared in Jewish Life magazine.

The Nice German
What Makes Eli Run?
The Tyranny of Materialism
Science Enters the Mysterious Inner World of Consciousness
Comments
MOST POPULAR IN Israel
Our privacy policy

What Makes Eli Run?
The Tyranny of Materialism
Science Enters the Mysterious Inner World of Consciousness
BBQ Bourbon Cheese Kugel Recipe
Korach 5782: Visit to Lift the Spirit
That Time The Ivy League Found A Way To Limit Jewish Enrollment
Would You Rather Be Right or Happy?
Korach’s Unique Punishment
Who Was Josephus? The Controversial Backstory of the Famed Historian
Should I Break Up, Get Engaged or Keep Dating?
1 2 3 … 2,909 Next »