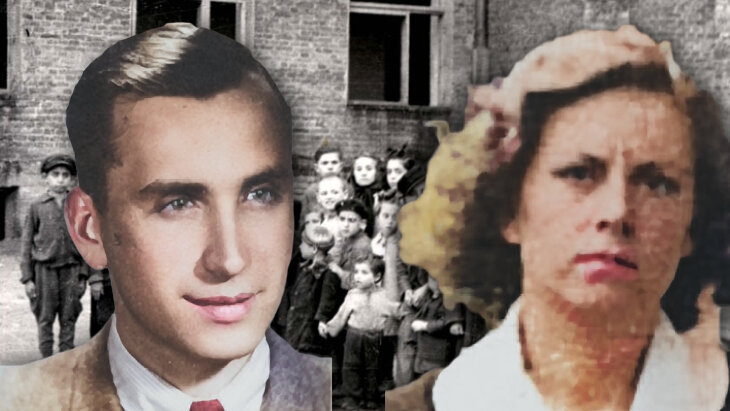 Both Andree Guelen and Jozef Walaszczyk lived over 100 years and were named Righteous Among the Nations by Yad Vashem.

Two non-Jews who risked their lives to rescue Jews during the Holocaust have passed away in recent weeks. Andree Guelen and Jozef Walaszczyk saved Jews during the most horrific and dangerous of circumstances. Both were recognized by Yad Vashem as Righteous Among the Nations.

Here are their remarkable stories.

When a Nazi soldier asked Andree Geulen one night in 1943 if she was ashamed for an Aryan like herself to be sheltering Jewish children, she replied with a question of her own: “Aren’t you ashamed to make war on Jewish children?”

The moment was a tense one. For several months, Andree had been living in the Gaty de Gamont School, a girls’ boarding school in her native city of Brussels where she worked as a teacher. 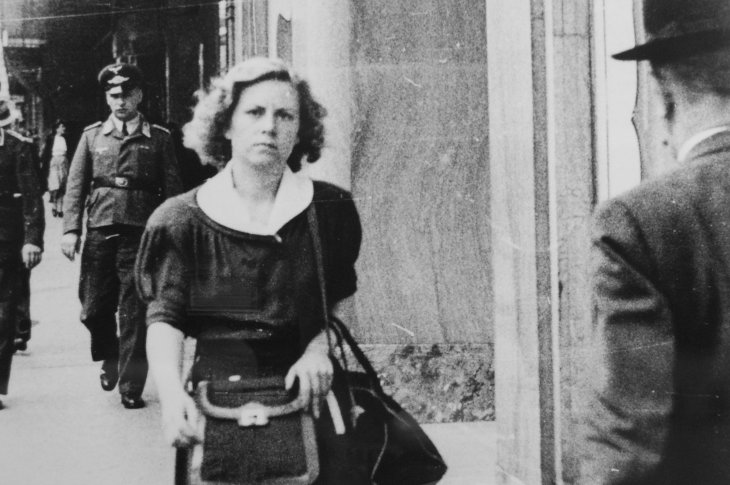 Unbeknownst to her friends and family, Andree was a member of the Comite de Defence des Juifs, a top-secret resistance organization in the city dedicated to saving Jewish lives. One of the Jewish members of the group - the famous Jewish partisan Ida Sterno - asked Andree to be her partner. The group needed non-Jewish members like Andree who could ferry Jewish children to safe hiding spots. 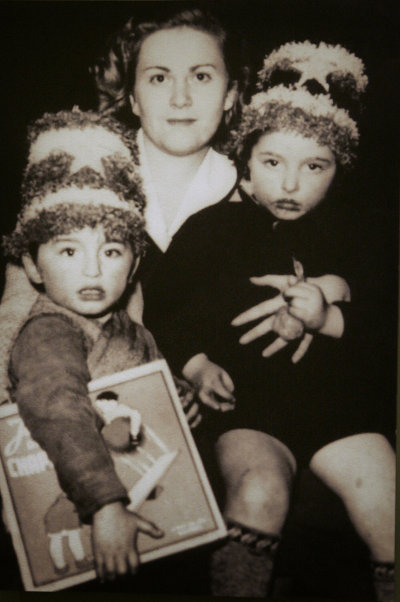 Andree accepted and was asked to leave her parents’ home and move into the Gaty de Gamont School. Once she became a full-fledged resistance member, Andree discovered the startling truth that the school where she worked was a hub of anti-Nazi activity. The headmistress, Odile Ovart, was secretly sheltering 12 Jewish students in the building, refusing to divulge their identities to the Nazi authorities.

One night in May, 1943, the Nazis received a tip that Jewish students were in the school. They chose the Christian holiday of Pentecost to conduct their raid, knowing that many Christian students would then be home with their families. After waking up each of the students and brutally interrogating them, the Nazis dragged away the Jewish students, as well as Odile Ovart and her husband, who were murdered in a concentration camp.

Andree escaped and rushed to warn other Jewish students not to return to the school. From that point on, for the two plus years remaining of World War II, Andree devoted her life to rescuing Jewish children. She rented an apartment with Ida Sterno, using an assumed name, and helped create and maintain a complex network of safe houses which sheltered Jewish children. She traveled throughout Belgium, collecting children from desperate Jewish families whose parents hoped to safeguard them, and conducted them to Christian families and even some monasteries which agreed to take them in. 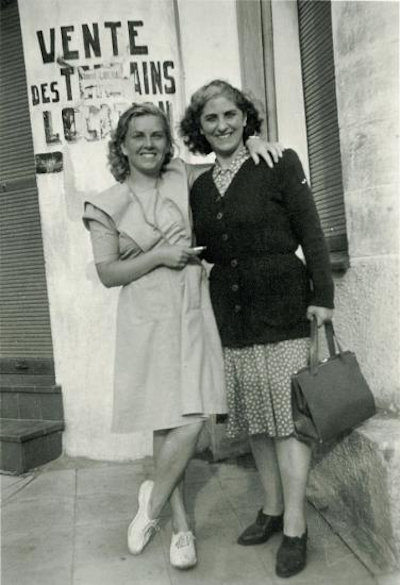 She later described how she bravely walked through Nazi checkpoints, ferrying Jewish children to safety. “Often, when we went to see the Jewish families we would find ourselves in the middle of a roundup: blocked roads, soldiers at all corners and trucks for the transport of the people caught in the hunt… Fortunately, we always almost managed to save some children… We would pass the roadblocks with one child in a pram, holding the hands of two others. The soldiers would shy away from a mother with many children…”

Andree placed hundreds of Jewish children in hiding. She kept secret records of the children’s original names as well as the aliases she gave them, and where they were being held. When her friend Ida Sterno was arrested by the Nazis in 1944, Andree kept their rescue operation afloat, working tirelessly to save Jewish children until the very end of World War II. 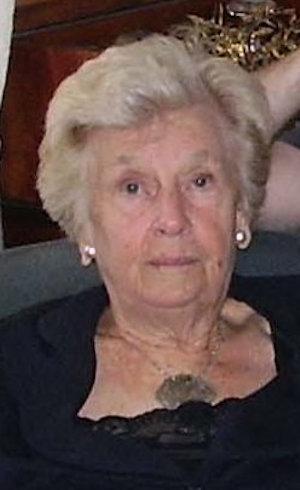 Once the war ended, Andree worked to identify the children she’d hidden, returning them to any family members who survived, when possible. She kept in touch with the Jews she’d rescued for decades, often surprising them by remembering mundane details about their years in hiding. Years later, Andree addressed some of the children she rescued at a 1998 ceremony at Yad Vashem, Israel’s Holocaust memorial. “You placed your little hand in mine - the other hand held on to the large suitcase with all the treasures prepared with tears by your mothers - and we left on our journey,” she recalled. “I loved you then so much; I still love you as much today.”

Often compared to Oskar Schindler, the Czech industrialist who saved Jews during the Holocaust by employing them in his firm as slave laborers, Jozef Walaszczyk used his managerial job in a flour factory in central Poland to save the lives of many Jews, putting his own life at risk. 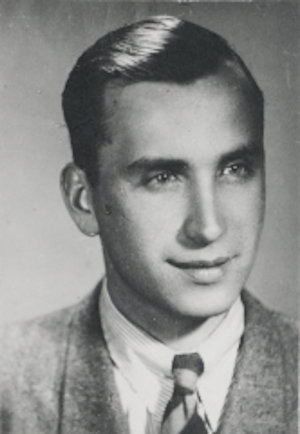 Before World War II broke out, Jozef was a brilliant student and was fluent in German. When Germany invaded Poland on September 1, 1939, Nazi forces appointed him manager of a potato flour factory in the central Polish city of Rylsk, taking advantage of his German language skills. The factory provided dormitories for its workers, a perfect cover to hiding Jews.

Jews in the area were imprisoned in the nearby Jewish ghetto in the town of Rawa Mazowiecka. In 1941, when the ghetto was about to be liquidated and all Jewish residents deported to death camps, one of Jozef’s friends, Mr. Wengrow, asked him to intervene. Years earlier, Mr. Wengrow had helped out Jozef with a loan and now Jozef wanted to pay him back by saving the lives of Mr. Wengrow and his fellow Jewish prisoners. Could Jozef employ them in his flour factory, Mr. Wengrow asked?

Jozef said he’d try and scheduled a meeting with a local Nazi official. When he explained his proposition, the Nazi pulled out a gun and said, “You want to bribe a German for Jews?”

Jozef persevered and in exchange for a large bribe, he was able to bring 30 Jews to work in his factory. The agreement lasted for six months, when the Nazis suddenly demanded that Jozef turn over his Jewish workers. He refused, and advised the Jews to hide. Twenty-five Jews evaded capture.

In 1941, Jozef hid three Jewish women in a secret apartment he rented in order to save their lives.

Jozef and his girlfriend Irena were visiting a hotel one day when Gestapo guards burst in, demanding to see everyone’s identification. Irena whispered to Jozef that she was secretly a Jew. Thinking quickly, Jozef hid her in a closet, then began to retch loudly, telling the Gestapo officials that he was going to be sick. Disgusted, they left him alone, never discovering Irena’s hiding place. (“I don’t brag about it, but I had nerves of steel,” Jozef later explained to researchers years after the war.) 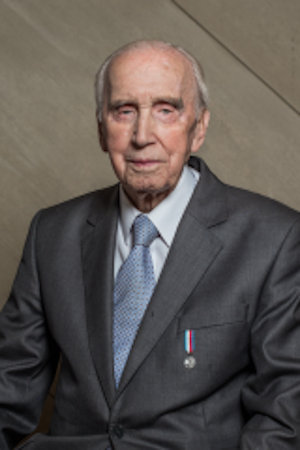 He hid Irena in an apartment he owned in Warsaw, but later on she was arrested when she went outside to take a walk. Learning that Irena had been arrested with a group of 20 Jews, Jozef recalled thinking, “If something was to be done, it had to be done for them all.” He offered the Nazis holding Irena and the other Jews a bribe. They demanded a kilogram of pure gold by 5pm that day in return for the 20 Jews. Within hours, Jozef managed to obtain the gold, freeing all of them.

Jozef rented a second Warsaw apartment for Irena, and she stayed there with two other Jewish women. Jozef hired a housekeeper to look after them so they didn’t need to go outside.

Jozef visited Warsaw often, and brought food and clothes to Jews imprisoned in the notorious Warsaw Ghetto. It was forbidden for outsiders to enter the ghetto, so Jozef bribed a tram driver to slow down when he passed through the ghetto, giving him time to hop off the tram. He also delivered packages to Poland’s Armia Krajowa anti-Nazi resistance group. 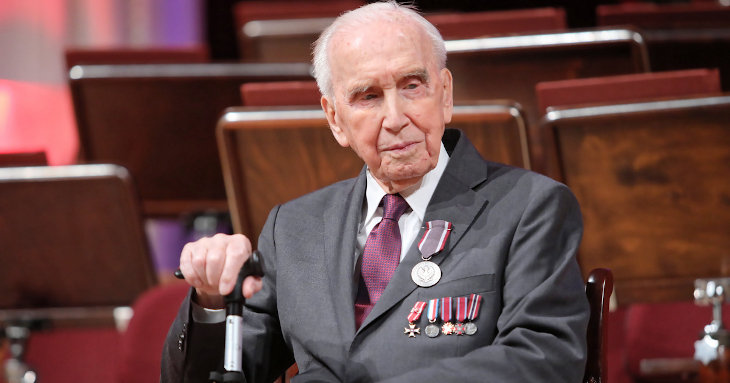 On one occasion, Nazi officials caught him red-handed with packages destined for the resistance. The Nazis “started questioning me,” Jozef later recalled. “They beat and kicked. They made me jump. One machine gun fired at my feet and the other over my head. Then they decided to shoot me… I was in front of the firing squad and the only thing missing was: Eins, zwei, drei, vier! I closed my eyes so as not to see the rifle fire. And at that moment I hear: ‘Halt!’ I did not believe I was alive.”

It turned out that the Nazi in charge decided that death was too good for Jozef and decided to send him to Auschwitz. But Jozef’s mother managed to ask a higher ranking Nazi official to spare her son’s life.

Jozef later married Irena, the Jewish woman he saved, but they divorced soon after the war and he went on to marry two more times. He eschewed the spotlight, and seldom talked about his role in saving dozens of Jews during the Holocaust. In 2002, Jozef Walszczyk was named Righteous Among the Nations for saving 53 Jews. He passed away on June 20, 2022 at the age of 102.

The Boxer of Auschwitz: Fight or Be Killed