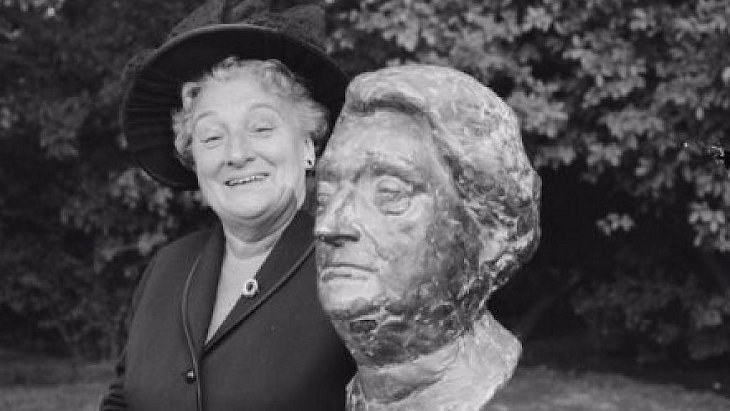 Geertruida, known as Truus, was born in the picturesque Dutch town of Alkmaar in 1896. Her family had a history of helping others: after World War I, her parents took in and raised some Austrian children who’d been orphaned. Soon after marrying Joop Wijsmuller in 1923, Truus carried on this family tradition, throwing herself into charitable work. Sadly, Truus and Joop were never able to have children of their own. But Truus would come to help save the lives of hundreds of Jewish children.

After Nazis gained power in Germany in 1933 and as anti-Semitism increased throughout Europe, Truus became increasingly concerned about hatred directed against Jews. Even though she wasn't Jewish, she was outraged at the intense anti-Semitism. In 1933, Jewish refugees began pouring over the border from Nazi Germany into Holland, and a group of local Jews and non-Jews established the Comite voor Joodsche Vluchtelingen (Committee for Jewish Interests) to help settle these refugees. Truus became a supporter, working to help German Jews integrate into life in the Netherlands.

She arranged Kindertransport, or children’s transports, bringing Jewish children out of Germany and into safety in the Netherlands. Once the children were there, Truus took an active interest in their welfare, making sure these traumatized children had as normal a childhood as possible. 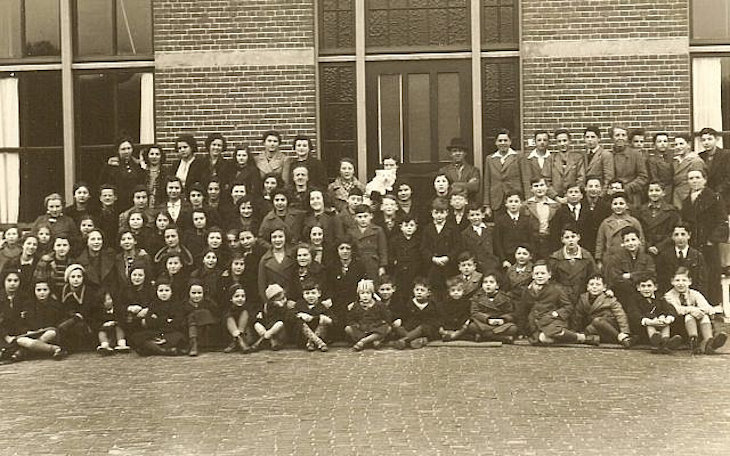 One of the children she saved was a 12-year-old boy named Arthur Adler, as well as his sister Melly. Truus arranged for him and the other Jewish children to live in various safe houses, and for the older children to receive vocational training. Eventually, she moved Arthur and Melly to Burgerweeshuis, Amsterdam’s municipal orphanage, where she’d managed to find housing for scores of Jewish children. “Mrs. Wijsmuller came to the orphanage every day with a committee of Jewish women. It was only later that I learned that she was one of the people orchestrating our rescue,” Arthur later recalled.

He also remembered that Truus arranged for the Jewish children she’d brought to Holland to have regular swimming lessons. She even invited Arthur and some of the other children to celebrate Shabbat dinners that she and Joop arranged for the children in their home. “Although she herself wasn’t Jewish, Wijsmuller was conscious of Jewish traditions. She made sure the (Jewish children she’d saved) went to shul (synagogue), and she made sure my dad had his bar mitzvah when he turned thirteen,” explained Arthur’s daughter Sheryl Abbey in a documentary about Truus’ life.

When Arthur turned thirteen in March 1939, Truus arranged for him to celebrate his bar mitzvah in the Spanish Portuguese Synagogue in Amsterdam and bought him a Hebrew Bible for the occasion. She later managed to book passage for him and Melly on a ship to the United States where their parents and other siblings had already managed to flee.

In 1938, with anti-Semitism ramping up to unimaginable levels, Truus knew she had to do more to help the Jews of Germany escape, and planned an audacious move. With her high social position and connections, Truus was able to gain an audience with Adolph Eichmann, one of the architects of the Nazi Holocaust. She travelled to Vienna where he was staying and asked him for permission to bring Jews, particularly children, out of the country and into England. Eichmann replied with a dare: he’d give Truus permission to take 600 Jewish children away, if she could manage to plan and complete their entire journey that very week. He even checked if the offer was acceptable to Hitler, who approved of this dare. 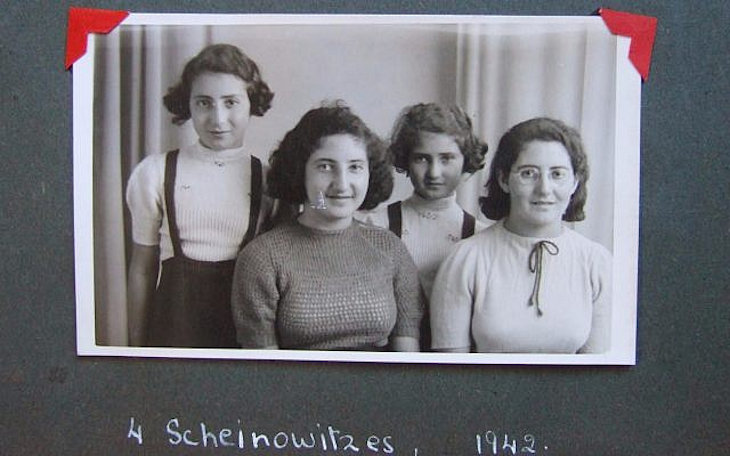 The Scheinowitz sisters, who were rescued by Truus Wijsmuller during the Holocaust,
in a photo from 1942. (Courtesy of Pamela Sturhoofd)

This might have been Eichmann's sadistic way of denying Truus permission, but she saw his offer as a major opportunity. Truus worked tirelessly to plan the exodus of 600 children, collecting children from Jewish families, filling out reams of paperwork and possibly bribing Nazi officials. Within five days, she’d succeeded, spiriting 600 Jewish children out of Vienna and into England in a hastily-arranged kindertransport.

Truus remained in Vienna afterwards, continuing to assist Jews from central Europe in bringing their precious children to safety in England. Desperate Jews contacted Truus from as far afield as Frankfurt, Hamburg, Berlin, Prague, Danzig, Konigsberg and Breslau, begging her to take their children out of Europe. For several vital months, Truus managed to send groups of children to safety. Each week, she'd put groups of 150 Jewish children on trains headed to the Dutch port of Hoek van Holland, near Rotterdam, where they would board boats bound for England. Working with these relatively small groups, Truus was able to send about 500 Jewish children to safety each week. She continued to transport Jewish children even after war broke out on September 1, 1939.

Truus’ last Dutch boat set sail on May 14, 1940, the day that Holland surrendered to the Nazis. On that day, she evacuated hundreds of Jews who’d found relative safety in hiding in Holland. She visited the Burgerweeshuis orphanage where she told 74 Jewish children living there to flee. She also visited safe houses dotted throughout the city where Jewish refugees were staying. One by one she loaded these terrified Jewish children onto five busses bound for the coast, then arranged for them to board the SS Bodegraven, the last peacetime Dutch ship out, bound for Britain. 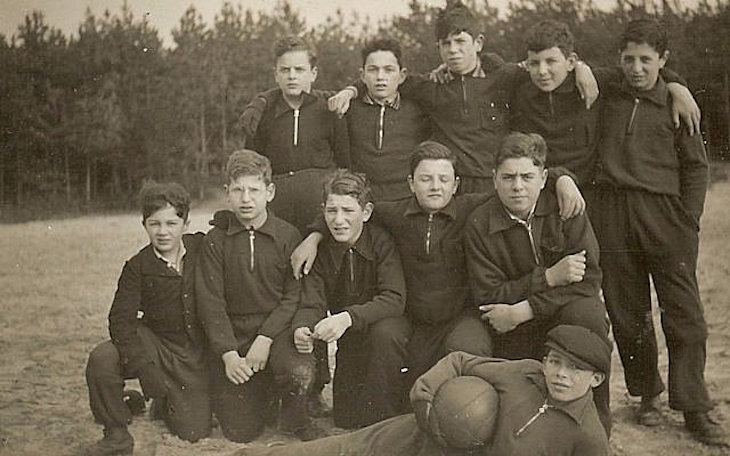 One of the children Truus saved that day was Sophie Scheinowitz. Years later, when she was 87, Mrs. Scheinowitz recalled her first glimpse of Truus. Mrs. Scheinowitz had fled to the Netherlands with her family. As German troops pounded the Netherlands, on May 13, 1940, her mother took her to the central train station in Amsterdam, desperate to send her daughter to safety across the sea. “When we were at the station, there was a train coming along with children and a lady, a big lady with a hat - I always remember her hat,” Mrs. Scheinowitz recalled. “And she said to my mother, ‘Look here, tomorrow I’m coming again with a transport of children, and you be there with your children and I’ll take them along.'”

Truus could have fled with the children on the SS Bodegraven too, but she stayed behind in Holland to continue to help Jews flee. She turned her attention to Jews from the Baltic nations and Poland, and accompanied them on secret routes to France. She led hundreds of Jews through occupied Europe and Spain, and onto the French port of Marseilles, where she arranged passage for them on boats to Palestine. This was incredibly dangerous. To evade detection Truus and her fellow resistance workers never led groups of more than 35 people at a time. Truss also delivered food, forged documents and medical supplies to the Gurs and St. Cyprien’s internment camps in France’s unoccupied zone, where French resistance fighters were detained.

In 1941, Truus was identified as a resistance fighter by the Red Cross. She was banned from entering France, then soon after she was arrested and interrogated by the Gestapo. Though the Gestapo let her go, that experience made her realize her life was in grave danger and she stopped accompanying fleeing Jews. Truus did continue to work with a Dutch church sending food to prisoners in the Dutch concentration camp Westerbork, to prisons in Amsterdam, and to the Bergen-Belsen and Theresienstadt concentration camps. 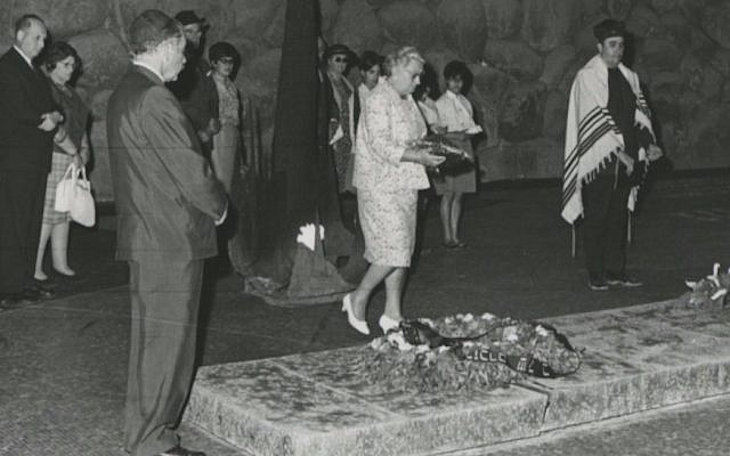 Truus’ final act of wartime heroism came in 1944 when she received a horrifying note. The food she had sent to a group of 50 Jewish orphans in Westerbork was no longer needed as these children were about to be sent to Auschwitz and murdered. Truus raced to Westerbork, where she insisted to the Nazi guards that the children were actually “Aryan” and not Jewish at all. Her ruse succeeded, and instead of being sent to Auschwitz they were sent first to Bergen-Belsen and then to Theresienstadt, where they received relatively benign treatment as non-Jews. All 50 of these children survived and returned to the Netherlands after the war. When they arrived in the Dutch town of Maastricht, Truus was the first person to greet them at the station.

Truus saved the lives of over 10,000 Jews during the darkest days of the Holocaust. On October 18, 1966, she was recognized as Righteous Among the Nations by Yad Vashem in Israel. Geertruida Wijsmuller passed away in 1978 in Amsterdam, her legacy largely forgotten. In today’s difficult times, her heroism and determination to what was right should continue to inspire us.

Why My Father Ran

Facing Goliath
There Are No Limits
Adam and Eve Were Vegan
Bechukotai 5782: Divine Retribution
Comments

There Are No Limits
Adam and Eve Were Vegan
Bechukotai 5782: Divine Retribution
Behar 5782: Working to Live or Living to Work?
The Wholeness of Being Broken
The Strange Face of Change
The Grand Mufti of Jerusalem and the Holocaust
The Connection between Israel and the Jewish People
Grit and Torah
Why We Can’t See True Reality
1 2 3 … 2,981 Next »