Johan van Hulst Risked his Life to Save Jewish Children 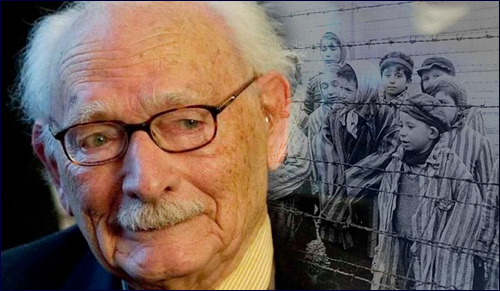 van Hulst and his allies rescued 600 Jewish children. For the rest of his life his main regret was not saving more.

In 1943, Johan van Hulst, who recently died at the age of 107, was the newly-appointed principal of a teachers training college in Amsterdam. With two young children at home during the war, it would have been easy for him to turn a blind eye to the Nazi occupation of his city and not interfere with their policies.

But Mr. van Hulst wasn’t that type of man. 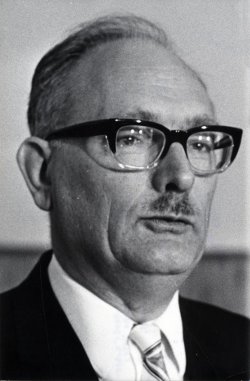 An avid chess player, after his regular city chess club banned Jewish members, he’d helped organize secret chess tournaments and meetings where Jews and Christians played. A committed educator, he worked hard to keep open his Protestant teachers training college even when it fell foul of Nazi ideology and lost its government funding. When he realized that Nazis were deporting and killing Dutch Jews, he refused to stand idly by. Instead, Mr. van Hulst created a huge underground network, smuggling Jewish children to safety. Ultimately, Mr. van Hulst and his allies managed to rescue 600 Jewish children and babies. For the rest of his life, he said his main regret was not saving more.

In 1941, soon after occupying Amsterdam, German authorities requisitioned the Hollandsche Schouwburg, a historic old theatre on the imposing boulevard Plantage Middenlaan. There, they began imprisoning the country’s Jews. About 25,000 to 30,000 Jews in the Netherlands managed to go into hiding, with approximately two thirds surviving the war. 107,000 Dutch Jews were deported to concentration camps, primarily Auschwitz and Sobibor, where the vast majority were murdered. By the end of the war, only 5,200 had survived. Of those 107,000 Jews who were deported to death camps, almost all passed through the theatre at 24 Plantage Middenlaan.

In that makeshift prison, the Nazis separated Jewish children from their parents, setting up a macabre nursery section in which Jewish babies and children were held until they were deported and murdered. This children’s area had a garden, which was separated from its neighbor’s garden by only a low hedge. The garden located on the other side of the hedge belonged to Johan van Hulst’s teacher training college.

Soon, Mr. van Hulst had concocted an audacious plan. Workers would surreptitiously pass Jewish babies and children over the hedge, to safety in the college. Mr. van Hulst cultivated a network of helpers. On the side of the prison, five Jewish prisoners, Walter Suskind, Betty Ouderk, Harry and Sienei Cohen, and Henriette Piemantal, were tasked with looking after the children. Within the teacher’s training college, most staff and some students were aware of these rescue activities. The college’s elderly janitor, a hero named Mr. van Wijngaarden, was particularly involved, helping rescue and house the Jewish children.

In the summer of 1943, the entire rescue operation almost came to a halt when a Ministry of Education official came to inspect the training college and spotted children hiding. The inspector asked Johan van Hulst whether the children were Jewish. There was a long silence. Finally, Mr. van Hulst replied, “You don’t really expect me to answer that, do you?” Instead of alerting authorities, the inspector only warned him, “In God’s name, be careful,” and left the operation intact. 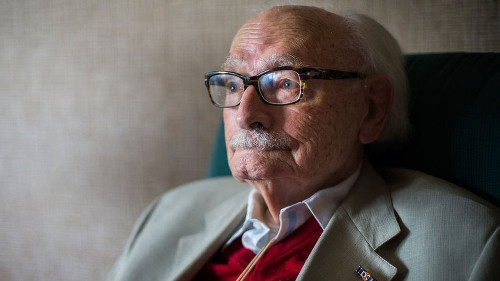 In late September 1943, word came that the children’s wing at the prison was to be cleared out; all remaining babies and children would be deported. The Jewish prisoner in charge of these children, Virrie Cohen, contacted Johan van Hulst to make one more plea for help. “The crèche is crowded,” Mr. van Hulst later recalled her saying. “Please come and take a few children with you and put them up in the college for the moment, and maybe they will be picked up today.”

What happened next was to haunt Johan van Hulst the rest of his life.

There were scores of children imprisoned in the theatre, all facing certain death. Mr. van Hulst realized that if he took too many with him, he would arouse suspicion and all the children would be doomed. “Now try to imagine 80, 90, perhaps 70 or 100 children standing there, and you have to decide which children to take with you… That was the most difficult day of my life. You realize that you cannot possibly take all the children with you. You know for a fact that the children you leave behind are going to die. I took 12 with me. Later on I asked myself: ‘Why not 13?’” 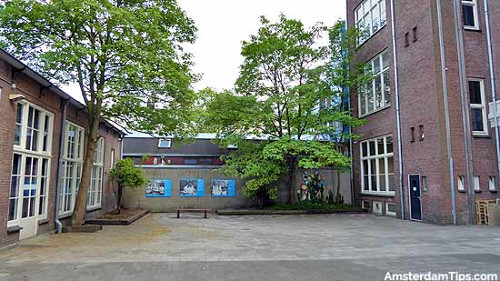 Following the closure of the makeshift prison and the deportation of the Jewish workers who had helped him smuggle children to safety, Johan van Hulst continued to work with the Dutch resistance. At the close of the war, he was forced to go into hiding when the Nazis issued a warrant for his arrest. After the war, Mr. van Hulst entered politics, serving as a Dutch senator for 25 years and as a member of the European Parliament from 1961 to 1968. 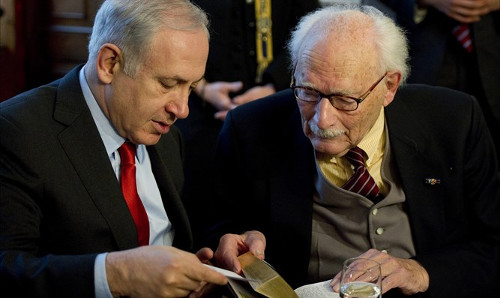 The school he ran and where he sheltered Jewish children is now the Netherland’s National Holocaust Museum. In 1972, Johan van Hulst was awarded the title “Righteous Among the Nations” by Israel’s Yad Vashem. In 2015, Israeli Prime Minister Benjamin Netanyahu thanked Mr. van Hulst for his heroism and humanity. “We say, those who save one life save a Universe,” Netanyahu explained. “You saved hundreds of universes. I want to thank you in the name of the Jewish people, but also in the name of humanity.”

Born Inside a Cave

Holocaust Survivor Reunited with Daughter After 80 Years
Blocked Goals and Anger
Why the Mezuzah is Placed on a Slant
Faith: the Axis Upon Which the Wheel of Science Turns
Comments
MOST POPULAR IN Holocaust Studies
Our privacy policy