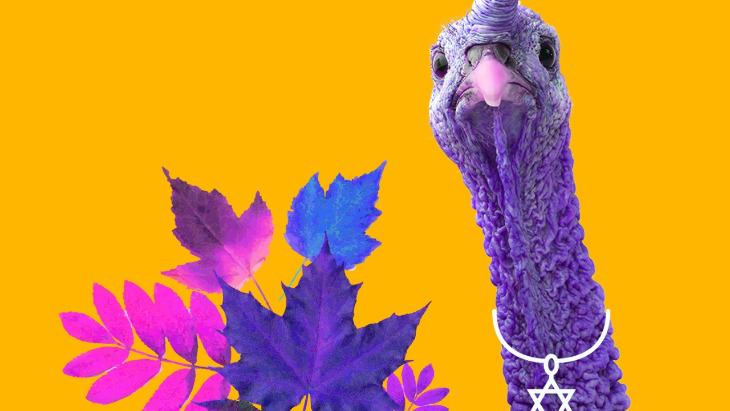 How Jews helped to create the quintessential American holiday.

1. Modeling the first Thanksgiving on Sukkot

America’s first Thanksgiving holiday took place in 1621, just a few months after the first Pilgrim settlers first landed on the shores of Cape Cod in Massachusetts. They arrived in the New World just as winter was approaching, and spent their first few months in Massachusetts huddled on the Mayflower boat that had brought them from England, subsisting on the ship’s stores of food. Fully half of the Pilgrims perished over the winter.

When the weather began to improve, they ventured onto land. March 21 was the day the Pilgrims officially left the Mayflower and began to farm and build homesteads. The Pilgrims were aided by members of the local Abenaki, Pawtuxet and Wampanoag tribes, particularly by a Pawtuxet man named Squanto who had an amazing history. He had been kidnapped some years previously by an English ship captain, had learned English, and eventually returned to his tribe in Massachusetts. With Squanto’s aid, the Pilgrims succeeded in cultivating native crops.

At harvest time, the Pilgrims declared a three-day long feast of Thanksgiving to thank God for their harvest. Deeply religious Christians, the Pilgrims were well acquainted with the Hebrew Bible and Jewish holidays, including the autumn festival of Sukkot, when Jewish pilgrims brought offerings from their harvests to the Temple in Jerusalem. Some see the first American Thanksgiving was an attempt to thank God for His beneficence in a new place, and to a new set of Pilgrims, a conscious imitation of Sukkot. 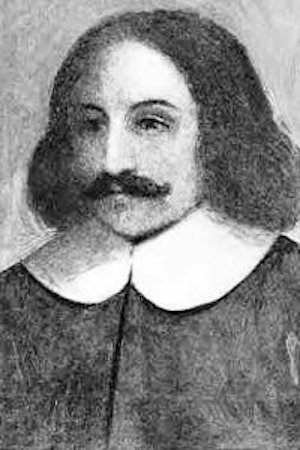 William Bradford, image produced as a postcard in 1904 by A.S. Burbank of Plymouth

Pilgrim leader William Bradford had another Jewish custom in mind when he declared a service of thanksgiving soon after the Pilgrims made landfall in 1620. He opened his Bible and led the Pilgrims in reciting Psalm 107. Incredibly, the annotations in Bradford’s Bible, written by the English clergyman Henry Ainsworth, quoted the Medieval Jewish sage Rabbi Moshe Ben Maimon (Rambam), whose legal work the Mishnah Torah directs Jews to recite a prayer based on Psalm 107 after making a dangerous journey and overcoming other obstacles. It seems that the very first American act of Thanksgiving had Jewish roots as William Bradford incorporated Jewish traditions into his first thanksgiving prayers in the New World.

There were times, however, when New York's Colonial Governor insisted that special days of thanksgiving have a specifically Christian character. (This was true of other colonies as well, which sometimes insisted that days of thanksgiving be celebrated with Christian prayers.) At these times, Shearith Israel had no choice but to refrain from taking part. The synagogue's predicament became known to George Washington, thanks to the synagogue's leader, Gershom Mendes Seixas, the congregation's cantor who was devoted to the cause of American Independence, and his family. 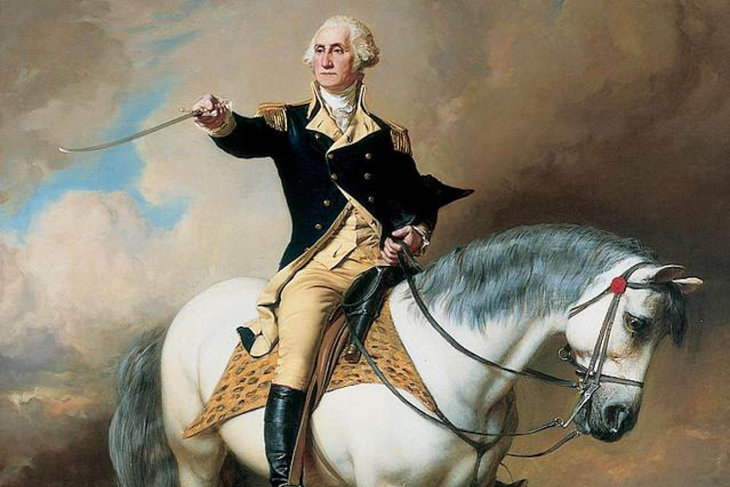 Many of Shearith Israel's members joined the Continental Army and fought with George Washington; approximately 20 members of the synagogue died in America’s revolutionary war. After the war, Seixas was selected to be one of the small number of clergy people present at George Washington’s presidential inauguration. When the new President declared a national day of Thanksgiving for the new United States in 1789, he specifically made his day of thanks non-denominational, ensuring that his Jewish supporters could fully take part in America’s first national thanksgiving festival.

Gershom Mendes' Seixas brother Moses was active in his own synagogue in Rhode Island, Kahal Kadosh Yeshuat Yisrael (later called the Touro Synagogue). In 1790, seven years after the conclusion of America's War of Independence, President George Washington visited that synagogue and Moses Seixas delivered him a warm letter of affection on behalf of his congregation. Pres. Washington responded with a letter of his own, in which he famously reiterated his strong belief that America was not to be a Christian nation, but one to which all peoples could equally contribute and call home.

"All possess alike liberty of conscience and immunities of citizenship," Washington wrote. "For happily the government of the United States, which gives to bigotry no sanction, to persecution no assistance, requires only that they who live under its protection should demean themselves as good citizens, in giving it all on occasions their effectual support..." It was a strong reminder that America's national character must include all its citizens, no matter what their religious persuasion.

Thanksgiving only became a regular, annual holiday in 1863. That was thanks in large part to one woman: Sarah Josepha Hale, editor of America’s most popular journal, Godey’s Ladies Journal.

Hale was a progressive idealist. Each year, starting in 1846, she published a public appeal in Godey’s, asking the government to establish a national day of Thanksgiving across the entire country. Notably, she called for a day of Thanksgiving in which all Americans, including Jews, could take part. Hale made specific reference to a key Jewish holiday in her annual appeal, “Pentecost,” which is a Greek name for the Jewish holiday of Shavuot, the day God gave the Torah to the Jewish people at Mount Sinai. 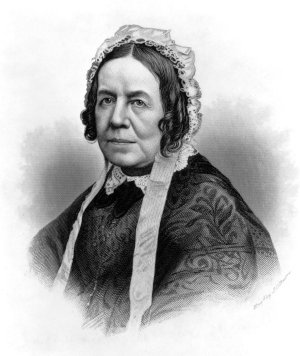 Hale saw this Jewish holiday as a time for family gatherings and giving charity so that no poor household would be left out of the national celebration. (Hale lived in New Hampshire, which had a small Jewish population, It's possible she observed the ways that Jews support their communities with charity, ensuring that all members have the resources to celebrate festivals such as Shavuot and other Jewish holidays.)

“The noble annual feast day of our Thanksgiving resembles, in some respects, the Feast of Pentecost, which was, in fact, the yearly season of Thanksgiving with the Jews,” Hale insisted in the pages of her magazine, year after year. Fixing a regular Thanksgiving day "would then have a national character.... It is a festival which will never become obsolete, for it cherishes the best affections of the heart – the social and domestic ties. It calls together the dispersed members of the family circle, and brings plenty, joy and gladness to the dwellings of the poor and lowly."

President Lincoln finally listened to Hale’s entreaties – and those of her many readers and admirers – and proclaimed the final Thursday in November to be an annual holiday of Thanksgiving across the United States. Deep in the Civil War, it was the hope of many that a national day of Thanksgiving could help heal the country’s wounds.

4. The Jew Who Changed the Date of Thanksgiving

For years, Thanksgiving was celebrated on the last Thursday in November: until a Jewish businessman helped alter the date – and provoked a firestorm across America.

In 1939, there were five Thursdays in November and Thanksgiving fell on November 30. With the economy in depression, merchants were worried that a late Thanksgiving would mean an unusually short Christmas shopping season, as in the 1930s it was customary to start decorating stores and promoting Christmas merchandise only after the Thanksgiving holiday. 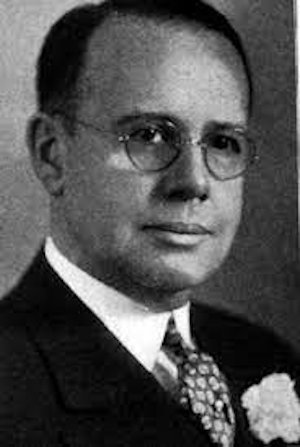 Lazarus’ logic appealed to President Roosevelt, who changed Thanksgiving from the final Thursday of November to the third Thursday of the month in order to help the nation’s merchants. This provoked a swift backlash from conservative states and politicians, some of whom seized on the change to promote antisemitic tinged criticisms of Pres. Roosevelt’s New Deal policies. Critics called the “new” Thanksgiving “Franksgiving” and many states refused to celebrate it.

The backlash fell along party lines. As the New England Historical Society notes, “Republicans called Roosevelt’s declaration an affront to the memory of Lincoln. (P)eople began referring to the ‘Republican Thanksgiving (last Thursday) and the ‘Democratic Thanksgiving’ (fourth Thursday) as ‘Franksgiving’.”

Pres. Roosevelt changed Thanksgiving back to its original date in 1941. Fred Lazarus Jr. went on to contribute to the American war effort, serving as vice-chairman of the Retail Advisory Council of the National Council of Defense. He also served on the Office of Price Administration and the War Production Board during World War II. After the war, President Eisenhower appointed Lazarus to the President’s Committee on Government Contracts, where Lazarus was a voice for fair labor practices. He passed away in 1973.

No Thanksgiving would be complete without watching a Thanksgiving Day Parade, a tradition started by the descendants and business partners of a Jewish immigrant named Adam Gimbel. 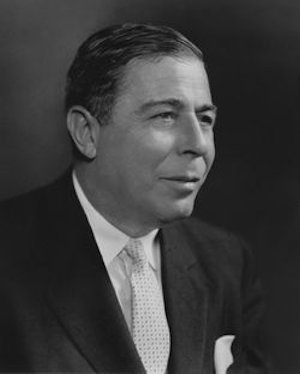 Born in 1817 in Bavaria, Gimbel moved to America where he worked as a dock hand and then a travelling peddler. He soon gained a sterling reputation as a scrupulously honest businessman who treated all people fairly, no matter what their background. Gimbel founded Gimbels Department Store in Milwaukee. He later expanded to Philadelphia; after his death, he sons expanded Gimbel’s further, opening a store in New York City.

The iconic green bean casserole topped with crunchy fried onions that many Americans enjoy on Thanksgiving has a remarkable story, and was popularized in the 1950s by the Jewish food writer Cecily Brownstone. In 1955, Ms. Brownstone wrote a story about a journalists’ dinner she’d attended at the home of John Snively Jr., a pioneering citrus grower in Florida.

At the dinner, Mrs. Snively served a delicious green bean casserole – and shared a remarkable story about that signature dish. The Snivelys had recently hosted the Shah of Iran and his wife, and Mrs. Snively made her delicious green bean casserole. The Iranian Queen was so taken with the dish that she kept asking about its ingredients. The Snivelys’ butler answered each question, until he finally lost his patience and told the royal, “Listen, lady, it’s just beans and stuff.”

Cecily Brownstone realized this would make a great food article. She wrote it up, but wanted a recipe to go with her story. Ms. Brownstone reached out to the Campbell Soup Company to see if they could help her develop a fool-proof green bean casserole that was similar to what she’d eaten at the Snivelys. Campbell complied, creating the iconic recipe featuring cream of mushroom soup that’s still popular today.