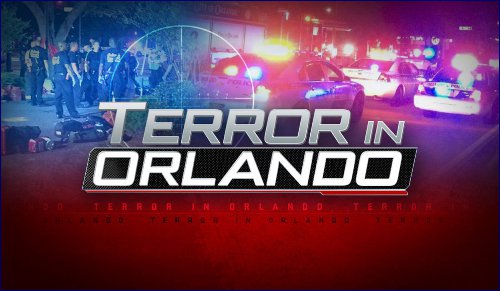 We must feel the horror of every terror attack, whether it’s Tel Aviv or Orlando.

The morning was supposed to be perfect.

It was the holiday of Shavuot when Jews celebrate receiving the Torah. I’d woken my kids up early, made sure they were dressed in their holiday finery, and we’d all enjoyed the weather as we walked to synagogue.

On Shavuot, I don’t listen to the radio or read the newspaper, so I was blissfully unaware that morning that a horrific terrorist attack had taken place the night before. As I sat down in synagogue, an elderly congregant leaned in. She lived in a busy apartment complex and had heard the news earlier that morning.

“Did you hear what happened in Florida?” she asked, then shook her head in sorrow. “Terrible” she said, “just terrible.”

She lapsed into silence and as I leaned in to ask what had happened, I hesitated. Instead, I gazed down at the scene below.

My son was leading the morning service and I savored listening to him sing. The synagogue was decorated with flowers for the holiday. Everyone was dressed in their holiday finery. I was looking forward to having lunch with friends, then attending a class.

The last thing I wanted to do was disturb this feeling. I didn’t want whatever monstrous news that had so disturbed my elderly companion to dispel my peace, too.

But turning away was not an option.

The Torah compels us to be responsible for the world and for one another. It teaches us that all people are created in the image of God, that each and every person is infinitely valuable and unique. It demands that we never stand idly by while our fellows are in danger. We must work to pierce our bubble of self-absorption and care, to reach out to others and feel their pain.

Steeling myself, I asked my elderly companion what happened and was shocked to hear the devastating news.

I instantly thought of another Islamist mass shooting that had taken place just days before the Florida massacre. On Wednesday, June 8, 2016, two terrorists had opened fire in a crowded Tel Aviv restaurant, murdering four people and wounding many others. It was the same terrorism by radical Islamists, killing innocent civilians.

My heart had felt raw after that attack and I wondered why more people around the globe hadn’t condemned it. Why it had received so little attention in the world’s press. Where was the spontaneous show of solidarity with the victims? Perhaps people were, like me, caught up in their own lives, their own beautiful moments, and didn’t want to spoil their joy by allowing themselves to feel another’s tragedy.

The Torah demands that we put ourselves in other’s shoes, that we never turn away and ignore the pain of others. It is the antidote to callousness. Years from now people will remember where they were when they heard the news of the Orlando massacre, much the way people talk about what they were doing when they heard of the Sept. 11, 2001 attacks. I was in synagogue on Shavuot, accepting the Torah – and the demand for empathizing with my fellow human beings.