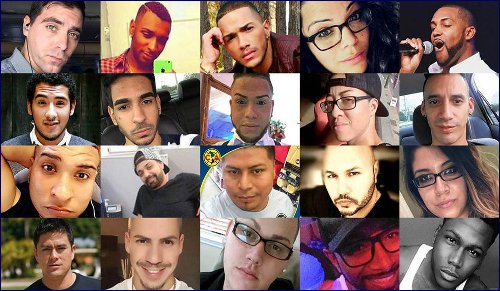 Omar Mateen unwittingly chose the very day on which God first proclaimed “Thou shalt not murder” to carry out his barbaric executions.

The Orlando massacre is the worst shooting massacre in American history and the most horrific act of terrorism on American shores since 9/11.

As America collectively weeps and mourns, Jews cannot help but notice a striking symbolic message in the timing of this ghastly act of carnage.

The day when a laughing killer calmly took the lives of 49 partygoers was for most people just a plain Sunday. But for Jews around the world it was the holiday of Shavuot, commemorating the most important moment in Jewish history, the day on which we received the 10 Commandments to serve as beacons of ethical and moral behavior for all of mankind. Omar Mateen, the Isis sympathizer who announced his allegiance to Islam in the midst of his killing spree, unwittingly chose the very day on which God first proclaimed “Thou shalt not murder” to carry out his barbaric executions.

The Talmud long ago warned us of the profound meaning of the third commandment. It is commonly translated as “Thou shalt not take the name of the Lord thy God in vain.” In the original Hebrew the phrase does not read “in vain” – it says “to that which is vain or false.” It addresses the source of so much of man’s sin: to take God’s name to rationalize evil; to commit atrocities in the guise of serving a holy cause; to desecrate the very meaning of the Almighty’s goodness by distorting it into justification for cruelty and brutality; in short, to commit the ultimate crime of taking innocent human life while at the very same moment reportedly shouting Allah Akbar.

And yet, Omar and all too many other Muslim extremists persist in promulgating the delusion that they are acting in a holy cause. In just the first seven days of their holy month of Ramadan, jihadists have carried out attacks in Tel Aviv, Baghdad, Damascus, Idlib, Beirut, Orlando, and Paris.

The number of Omar’s victims is also striking. Jews annually count the days leading up to Shavuot from Passover, the time of their Exodus from Egypt. We need to prepare ourselves spiritually. We need to ascend, every one of us, to the peak of our own Mount Sinais. So we count 49 days, the time it took both for our physical as well as our spiritual journey from slavery to the place where we would receive our instructions for achieving holiness.

The number of victims brutally murdered was 49, another link with the holiday of Shavuot on which the massacre took place.

To me this points to an additional way in which we are meant to reflect on the Shavuot massacre; it is not only a wake-up call for greater gun control or any other political or social cause. The attack was nothing less than a spiritual desecration, a sacrilegious violation of Sinai itself. And just as at Sinai the sound of the shofar was heard, and its blast grew louder and louder, so too we must hear its message and forcefully respond to religious terrorism and to all those who threaten humanity with evil horrifyingly committed in God’s name.

When a Loved One Has Depression