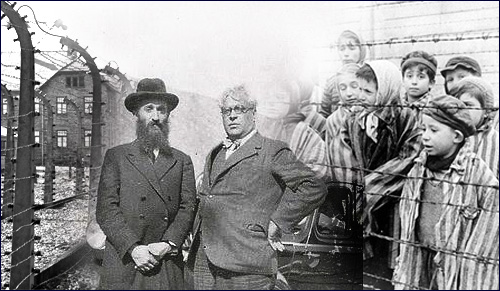 In May 1940, Rabbi Haim Kruger escaped Brussels with his family and fled to Bordeaux in southern France. He joined thousands of Jewish refugees who were running from the advancing German army and believed France was a safe haven. Soon enough, though, it became clear that the Germans were overcoming the French army as well. On June 14, Paris fell.

Rabbi Kruger hoped to cross the border into Spain, a country which kept neutral but was on friendly terms with the Nazis and was therefore considered safe. But passing into Spain required a visa to Portugal, and Portugal was no longer willing to provide these visas. A few months before the Nazis launched their offence on Western Europe, the Portuguese government instructed all its employees to stop issuing visas to refugees, especially to Jews, unless they had a UK citizenship.

Stranded in Bordeaux, with their last hope for escape destroyed, the Jewish refugees felt despair and doom. 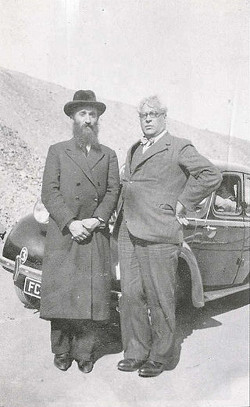 One day, a large, official car stopped near the local synagogue where most of the refugees camped. Aristidies De Sousa Mendes, the Portuguese consul, got out of the car. He approached Rabbi Kruger who was standing nearby and asked him about himself. Rabbi Kruger told him how he had escaped from Brussels with this wife and five children. The consul invited them to stay in his own house, but Rabbi Kruger refused thinking it unseemly that he would stay somewhere more comfortable while the rest of the refugees remained crowded and struggling. 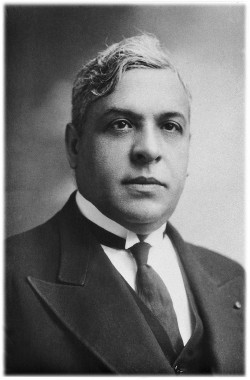 Rabbi Kruger told the consul the terrible fate that awaited the Jewish refugees if they didn't manage to escape, and begged him to issue visas for everyone. After some hesitation, Mendes agreed.

For 12 days in June, Mendes, assisted by his wife and two oldest sons, worked tirelessly to issue visas to tens of thousands of refugees, at least 12,000 of whom were Jews. People slept on the consulate floor and skipped meals, giving up everything in order to get a visa. One wealthy person offered Mendes two bags full of gold for a visa. Mendes refused the offer and issued him a visa anyway.

For 12 days in June, Mendes, assisted by his wife and two oldest sons, worked tirelessly to issue visas to tens of thousands of refugees.

The frenzied issuing of visas could not have last forever. Soon, the Portuguese government, headed by the dictator António de Oliveira Salazar, discovered what their consul in Bordeaux was doing. On June 24, Mendes was recalled to Portugal by Salazar. On his way back to Portugal, he continued to issue visas for refugees.

The disciplinary process against Mendes was severe. He was forced to retire, stripped of his lawyer's license, and became subject to social blacklisting that made it impossible for him or for his children to find a job. Eventually, all of his children emigrated from Portugal. De Sousa Mendes himself died in 1954, never regretting his wartime behavior. To his lawyer he wrote: "In truth, I disobeyed, but my disobedience does not dishonor me… Above the order, for me, there was God's law, and that's the one I have always sought to adhere to without hesitation."

"I disobeyed, but my disobedience does not dishonor me… Above the order, for me, there was God's law."

Luís Felipe Mendes was the last of Aristides de Sousa Mendes’ children to leave Portugal, immigrating to Canada in 1948. His son, Gerald, who lives in France today, was 10 years old when he first found out that his paternal grandfather was a hero.

"It was 1966 and Rabbi Haim Kruger, along with other people saved by my grandfather, had invited my father and all of his siblings for a special event in New York, in honor of my grandfather," he recalls. Only when he came back did Gerald's father tell his son the full story about his grandfather, Aristides de Sousa Mendes.

"Before that trip, my father hadn’t told anybody except my mother about his father," Gerald explains. "He was made to understand that nobody wanted to hear that story. Once, when he first arrived in Canada, he tried to tell a Roman Catholic priest about his father's deeds. The priest told him never to mention that subject again. The Catholic church believed that Salazar was a good Catholic, they didn't want to hear anything against him."

For years, Gerald's father had kept quiet. But after the event in New York, Gerald started hearing a lot about his grandfather. "As a kid, I thought what he did was really cool," he says with a smile. "I was very proud of him." 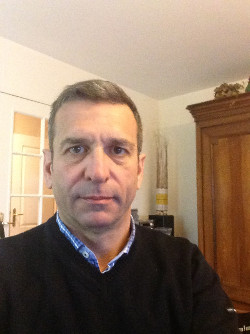 The children of Aristides de Sousa Mendes never stopped seeking justice for their father. Eventually, in the eighties, a combination of media exposure and political pressure on the new Portuguese government achieved that goal. When the president of Portugal visited the U.S. in 1987, he met the family and apologized for the treatment de Sousa Mendes had suffered. He also awarded him the Order of Liberty posthumously. In 1988, the Portuguese parliament voted to dismiss all charges against de Sousa Mendes and restored him to the diplomatic corps.

But that is not the end of the story. A few years later, a group of descendants of survivors who escaped the Nazis with the help of de Sousa Mendes' visas established a foundation in his honor.

"The foundation has located more than 4000 people who escaped with those visas," says Gerald Mendes. "Some of them didn't even know my grandfather was disobeying orders. They thought the Portuguese government was saving them. Others, who did know my grandfather's courage, didn't know about the price he had paid."

Through the foundation, Gerald Mendes has met many descendants of survivors who were saved thanks to his grandfather. "It is amazing to meet all these people, productive citizens of many different countries. I have forged personal friendships with many of them, and I am grateful to my grandfather for going to the lengths he had gone to save these people's ancestors."

"I believe the story of my grandfather needs retelling again and again," says Mendes. "We live in a time where some far-right groups try to deny the Holocaust, deny acts of rescue like my grandfather's. We need to tell the story."