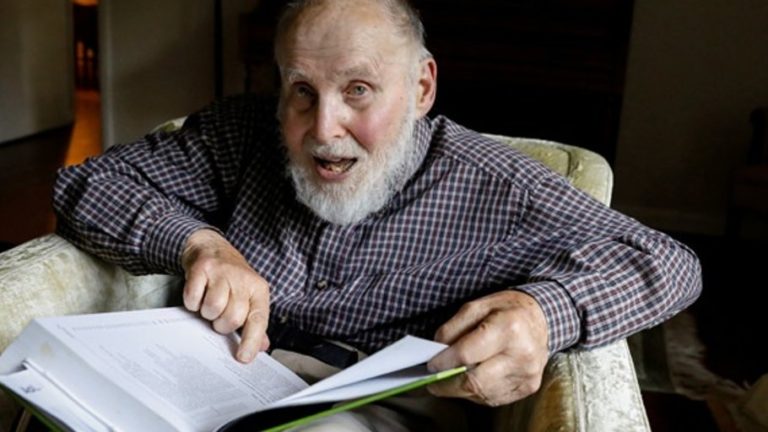 Jewish physicist Arthur Ashkin has become the world’s oldest Nobel Prize winner. On Tuesday, October 2, 2018, Sweden’s Academy of Sciences said that Dr. Ashkin’s revolutionary work with lasers had made real “the stuff of science fiction” and announced that he would share this year’s Nobel Prize in physics with fellow researchers Gerard Mourou of France and Donna Strickland of Canada.

Dr. Ashkin, 96, developed laser beams that can act as “tweezers”, gripping and moving microscopic items such as atoms, cells and viruses. His work, along with that of his co-winners, enabled doctors to use lasers in eye surgery and to move and cut cells. A former researcher with Bell Labs, Dr. Ashkin also has worked on photo-refraction, fiber optics and many other scientific innovations and holds 47 patents.

He grew up in a Jewish home in Brooklyn; his parents were immigrants from Ukraine. Dr. Ashkin received his Ph.D. in Nuclear Physics from Cornell where he met his wife of 62 years, Aline. The Ashkins have three children and five grandchildren. 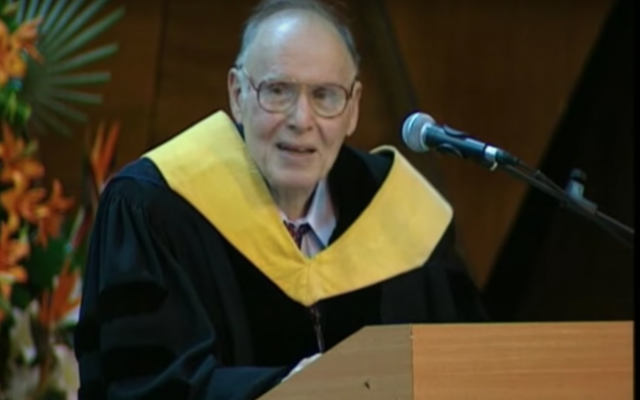 While Dr. Ashkin might be the oldest recipient of the Nobel Prize, he doesn’t seem to be slowing down. “I’m very old and had given up worrying about things like Nobel Prizes,” he explained. Instead, he’s remained vitally busy, looking forward to new research and trying to answer ever more scientific questions. He even told the Nobel Prize committee that he may not be able to grant any interviews after their announcement because he is “very busy” working on a new scientific paper.

While few of us can understand the details of Dr. Ashkin’s scientific work, we can all appreciate his driven attitude. Who wouldn’t want to think that we’d filled our life with valuable work and remained active and vital well into old age?

In fact, maximizing our time and our years is a Jewish ideal. We each are given a unique task to do in our time on earth, the Torah teaches: we’re also given the tools we need to accomplish our goals. Wasting time is sometimes compared to theft in Jewish thought: our hours and days and years are too precious not to use and enjoy. 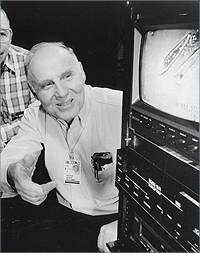 It seems that Dr. Ashkin took to heart Hillel’s warning against procrastination and wasting time: “Do not say ‘When I am free I will study’, for perhaps you will not become free” (Pirkei Avot 2:5).

This prescription can be difficult in our fast-paced world. Tony Crabb, author of “Busy: How to Thrive in a World of Too Much” points out that today there is always more that needs to be done – more phone calls, emails, more projects, more texts and social media posts. Being connected all the time only adds to our pressure and makes us feel overwhelmed. We’re busy but without a sense of what we are working so hard for.

One clue to finding out our life purpose can be learned from the life of Alfred Nobel, who founded the Nobel Prize in 1901.

Alfred Nobel was a Swedish arms manufacturer whose invention of dynamite had made him a fortune. He never married, had no children, and had known tragedy in his life: one of his brothers died in an accidental explosion in one of Nobel’s factories.

In 1855, when Nobel was 55 years old, another brother Ludvig died and a French newspaper mistakenly thought it was Alfred who’d passed away and printed his obituary. It made grim reading: Nobel was a “the Merchant of Death” who’d become rich by figuring out methods of killing people faster and more efficiently than ever before. 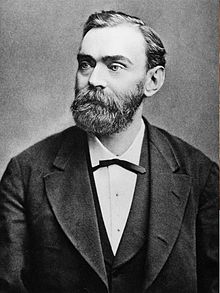 We can only imagine what horror Nobel experienced reading about his life and legacy in such cold, unforgiving terms. Nobel wished to leave behind something of beauty and meaning in the world. Reading his obituary brought him face to face with the realization that he’d wasted his talents and his time on earth.

He vowed to change immediately. Using his vast fortune, he endowed a series of prizes that would award excellence in literature, medicine, chemistry, physics and the pursuit of peace – the Nobel Prizes that reward the world’s greatest figures to this day. Nobel worked tirelessly over many years to establish the prizes that would bear his name, refusing to take no for an answer. He died in 1896 knowing his name would be associated with excellence and building the world.

The Nobel Prizes remind us what can be accomplished when we identify our life’s work and stop making excuses why we can’t work on what’s truly important to us. It’s not always easy, but look at Dr. Arthur Ashkin who is still going strong at age 96, driven to accomplish his life’s goals.

Murmurs in the Dark
Should I Break Up, Get Engaged or Keep Dating?
Time Is Your Precious Commodity
A Constant World in Flux
Comments
MOST POPULAR IN Current Issues
Our privacy policy