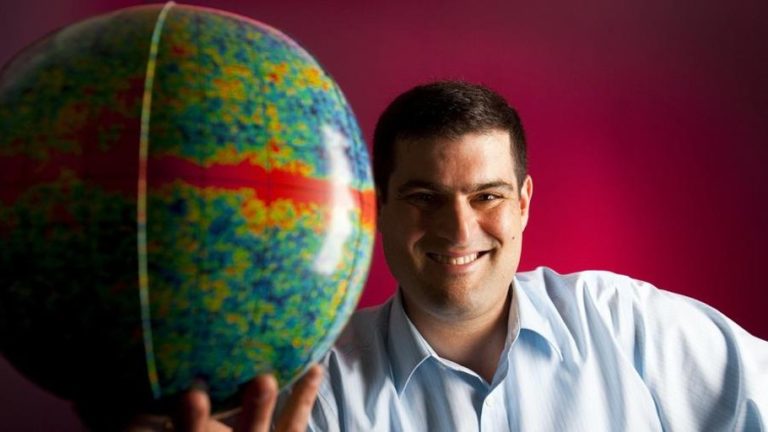 “If you can’t explain something to a six-year-old,” Nobel Prize-winning physicist Richard Feynman once supposedly said, “then you don’t really understand it at all.” This (likely apocryphal) quotation is consistent with Feynman’s famously elegant and straightforward lectures. It has taken hold in the popular imagination because of our underlying sense that for all its byzantine complexity, physics provides fundamentally simple answers to humanity’s profoundest, millennial-old questions: what are the universe’s origins? What is our place in the cosmos? How can we know if we’re alone?

Although not a physicist or philosopher myself, my physicist father channeled his inner Feynman and explained these concepts to my six-year-old self (and to my children’s six-year-old selves) in clear and compelling fashion. And now, in this witty, engaging, highly readable, and generously illustrated exposition of cosmology and Nobel Prize politics, decorated University of California San Diego physicist (and my personal friend) Brian Keating stakes his claim to be a Feynman for a 21st century audience – up to and including consideration for the discipline’s highest distinction.

As Keating posits at the outset:

Like a coin, the Nobel has three sides. Its obverse, or positive side, corresponds to the respect and admiration it brings to science and scientists. Its reverse, or negative side, reflects how it punishes collaboration and causes ferocious competition for scarce resources. Lastly, the gilded medallion’s unstable rim evokes the prize’s uncertain future in the modern scientific era. Many young scientists now ask: Is the Nobel Prize a fair coin?

Keating’s personal quest transcends our notion of time and space. “What has always tantalized me,” he explains “is another question: could the tools of modern cosmology, computers and telescopes, human brains and ultra-sensitive detectors – real observations and real data – ever tell us whether or not time itself began?” 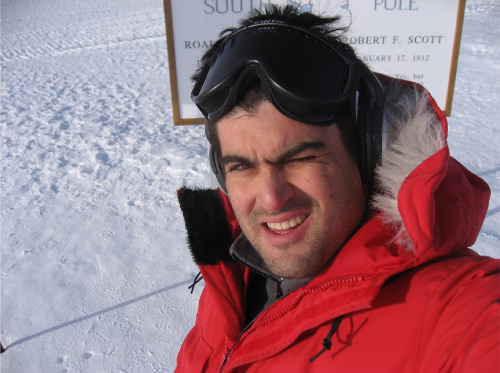 Brian Keating is the only human being to observe Shabbat, keep kosher, and wear tefillin at the South Pole (not all at the same time).

After recounting his unusual family history and spiritual journey, which included paternal estrangement and religious conversion to Judaism, Keating gives us a concise, lyrical history of modern astronomy. He begins with the telescope’s originator, Galileo (or, more precisely, with an anonymous Dutchman whom Galileo copied), and continues through the “great debates” over heliocentrism, Earth’s precise location within the Milky Way, whether other galaxies exist, whether the Big Bang or Steady State theory best encapsulated the universe’s origins, and whether we reside in a universe or multiverse.

On these latter debates Keating lavishes the most attention, critical as they are to the origins of his own personal development story. Beginning in the 1930’s, the Big Bangers postulated an infinitely dense “singularity” containing all of the elements in the universe that expanded, at first rapidly and then more slowly; in contrast, the Steady Staters posited a timeless universe that was continuously expanding and developing at an incremental rate.

Keating traces the technological developments in recent decades that have progressively allowed cosmologists to measure the universe’s cosmic microwave background (CMB). CMB serves as a proxy for dating the universe’s origins and earliest development and thus gradually has settled the debate in favor of the Big Bang.

And it is here that Keating’s personal cosmological story intersects with the broader one, as he describes his efforts in the mid-2000’s to develop, fund, build, and deploy a new observational tool – the first major refracting telescope in over a century – called BICEP, for background imaging of cosmic extragalactic polarization. He parallels his journey to the South Pole to install BICEP to the fateful 1904 race between Roald Amundsen and Robert Falcon Scott: “winning, in science or exploration, confers international glory and everlasting fame. Both endeavors lie at the extreme of human intellectual and physical capability.”

BICEP enjoyed enough early success in detecting hints of the CMB that Keating and his colleagues soon embarked on the development of BICEP2, which would magnify its predecessor’s observational power. But with many cooks in the cosmological kitchen, Keating unfortunately found himself and his UCSD team unwillingly reduced to sous-chefs, even as the telescope made what appeared to be a breakthrough discovery. This experience, coupled with the trauma of significant evidentiary criticisms of BICEP2’s observation, largely inspired Keating’s mission to reform the way the Nobel prize is awarded.

The Nobel’s first major problem, Keating asserts, lies in the committee’s 1974 “posthumous stipulation” – its refusal to issue awards to the deceased, or as Cornel West once memorably and euphoniously phrased it, “You have to be alive to win the prize.” 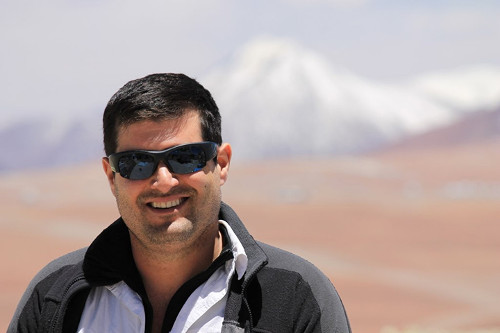 Keating labels this stipulation “cruel, almost heartless,” as well as distortionary, as it tends to force researchers to hasten – at times prematurely and haphazardly – the publication of their results. He proposes that awarding a Nobel to certain recently deceased physicists, especially master female physicists like Vera Rubin, “would set a wonderful precedent; it would reassure scientists that it is the discovery that matters most, no matter how long it takes.”

The second major problem with the Nobel lies in its reward mechanism: “demanding high return on investment and fast turnaround may be stymieing revolutionary discoveries in the future.” Instead, Keating calls for public-private partnerships to “leverage the greater resource of the national agencies with the agility of private foundations” and for truly serendipitous discoveries to earn more plaudits.

Finally, Keating decries the merciless competitiveness afflicting the Nobel chase, contending that “excessive competition leads to wasted resources, the impetus…to publish prematurely, and a ruthless winner-take-all battle to get there first.” By arbitrarily limiting the number of annual Nobel winners in a given field to three, the committee deeply devalues the merits of collaboration, especially because contemporary breakthroughs require increasingly enormous supporting casts.

Losing the Nobel is at its strongest when detailing the history of Big Bang theory and experimentation. Keating elegantly and simply presents deeply complex concepts, but he is never simplistic. His folksy witticisms – an explanation was “as unsatisfying as being a vegan at a Texas barbecue”; cosmological problem solving is “like killing cockroaches…you can kill one, but there’s another right around the corner”; “the CMB seemed like a Stockholm slot machine paying out in Nobel Prizes” – further leaven his prose.

At times, however, the book veers into disorganization, with storylines merging and diverging anachronistically; Keating’s ambitious scope sometimes leads him astray. And his contention that successful science results from collaboration, not competition, neglects ample counter-evidence. In any event, experimental endeavors can never fully be purged of politics.

But more fundamentally, readers may justifiably wonder whether the book’s entire purpose derives not from grand principle but from Keating’s personal disappointment – whether Keating’s Nobel-changing project results from his own Nobel shortcoming.

He squarely addresses this issue, acknowledging that “there will doubtless be those who say my Nobel critique is born of sour grapes” or that “I should have spent less time writing about the Nobel and more time doing science that could win it.” He responds with refreshing candor: “Perhaps they are right. But this emancipation, courtesy of a simple realization, has allowed my future forays within experimental cosmology to be carried out with Nobel agnosticism, free from science’s Stockholm syndrome….The science is the prize, and it’s a divine compensation indeed.” Sure enough, Keating has now embarked on a massive, decade-long collaborative endeavor to build a new, larger telescope in the Chilean high desert that will hopefully record CMB without BICEP’s flaws – and without any serious chance of winning a Nobel.

The pursuit of truth and discovery for its own sake thus becomes the ultimate moral of Keating’s personal cautionary tale – a simple, helpful lesson of which Feynman himself would surely be proud.

This article was originally published at Claremont Review of Books Digital – www.claremont.org/crb

Michael M. Rosen is an attorney and writer in San Diego.

Just Leave Home Without It

Discovering My Grandfather was a Nazi

Slay Your Idols
Is Grease the Word?
Dried Fruit Compote
Scientific Curiosity and the Divine Encounter
Comments
MOST POPULAR IN Current Issues
Our privacy policy
Aish.com Is Looking for Great Writers