The Most Important Letter You’ll Write 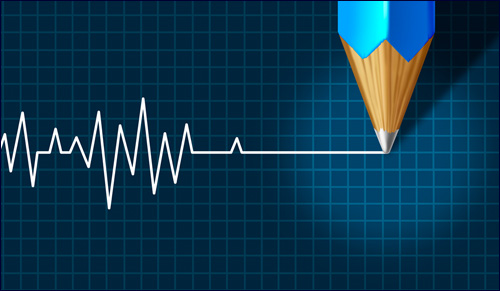 A powerful exercise everyone should do to prepare for the High Holidays.

One of Dr. Periyakoil’s patients was a Marine veteran who had lived a quiet, proud life mostly devoid of emotion. As he was dying, his wife would sit beside him for hours watching him watch television. She told the doctor that in their over-50 years of marriage, her husband had never been much of a talker. But as this Marine combat veteran began to face his own death, he started to speak to Dr. Periyakoil.

He talked about how much he regretted not spending more time with his wife whom he loved dearly. He spoke about how proud he was of his son who had followed in his father’s footsteps. But when the doctor mentioned these sentiments to his wife and son, they looked at her with obvious disbelief. They thanked her for her kindness but they insisted that the patient would never say anything like that.

He couldn’t tell his wife directly how much he loved her, but he was able to record it.

One day Dr. Periyakoil asked the veteran if she could record him when he spoke about his family and then play it back for his wife and son. He agreed and the doctor gave his wife and son the taped letter, which brought tears to their eyes. This man had never been able to tell his wife directly how much he loved her, but he was able to record it.

This moving experience gave Dr. Periyakoil the idea to begin the Stanford Friends and Family Letter Project. It’s a free template that is available in eight languages at med.stanford.edu/letter that allows writers to express forgiveness, regret and gratitude.

The letter helps writers complete seven life review tasks: acknowledging important people in our lives, remembering treasured moments, apologizing to those we have hurt, forgiving those who have hurt us and saying “thank you,” “I love you” and “good-bye.”

One letter-writer wrote to his wife: “Lily, I wish I had loved you more.” Others wrote things to their children that they hadn’t been able to express to them before. Some participants apologize, like one father who told his daughter, “I’m sorry that I wasn’t there for you growing up.” Others forgave people in their lives for both unpaid loans and past insults.

There is also a template for those who are healthy. The letter does not have to be shared, and some people use it as a living legacy document which they continue to update as time goes on. This letter reminds me of the work that we are supposed to be doing in this month of Elul:

Reviewing our lives and our relationships.

In many ways it is too painful to think about how we would say goodbye to this life, to our chance to make a difference here, to the loved ones left behind. But perhaps this last part of the letter is the most important life review task for any of us to complete. Because when we can express what we want to be remembered for, we remind ourselves what we are living for. When we accept that we too will one day have to give an accounting for our lives, we don’t take today’s opportunities for granted. We can take an honest look at ourselves, at what we did, who we became, and the connections we made or failed to make.

The words of one of the letter writers keep echoing in my mind: “I wish that I had loved you more.” I cannot imagine how painful that must have been to write in the days before he died. Because don’t we all wish that sometimes? That we had loved more and criticized less? That we had followed our dreams? That we had forgiven and been forgiven? That we had said thank you and learned how to say goodbye?

Writing a life review letter will probably be the most important letter that any of us will ever write. The hardest part is having the courage to begin.

Rosh Hashanah: The Time Is Now

Bad Attitude: A True Story For Yom Kippur
Bechukotai 5782: Divine Retribution
Behar 5782: Working to Live or Living to Work?
The Wholeness of Being Broken
Comments
MOST POPULAR IN Personal Growth
Our privacy policy