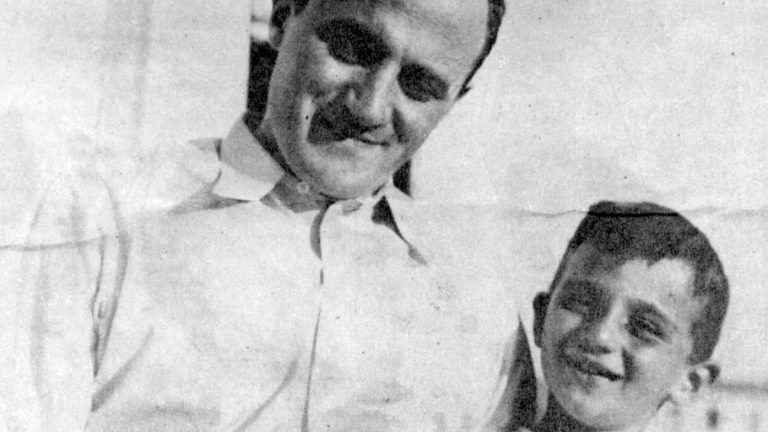 One group was committed to preserving the truth about the Holocaust even if there would be no survivors.

How will we be remembered and who will write our history? This concern was the underlying motivation behind, ‘Oyneg Shabbes’, a group of Jewish rebels of the Warsaw Ghetto who sought to preserve the history and culture of the Jewish people during the Holocaust. Consisting of journalists, scholars, and historians, this clandestine movement sought to fight back against Nazi propaganda through the only weapons they had: pen and paper.

The amazing true story behind the ‘Oyneg Shabbes’ group is the subject of a new documentary, Who Will Write Our History, based on the book by historian Samuel Kassow. Spearheaded by Executive Producer Nancy Spielberg and Director Roberta Grossman, the films tells this incredible story of heroism and survival through the teamwork of preservation and academia, and most importantly, through faith and perseverance. It chronicles the dedication and bravery of the 60 members of the group who sought to keep the memory of the Jewish people alive, long after their own lives were tragically taken. 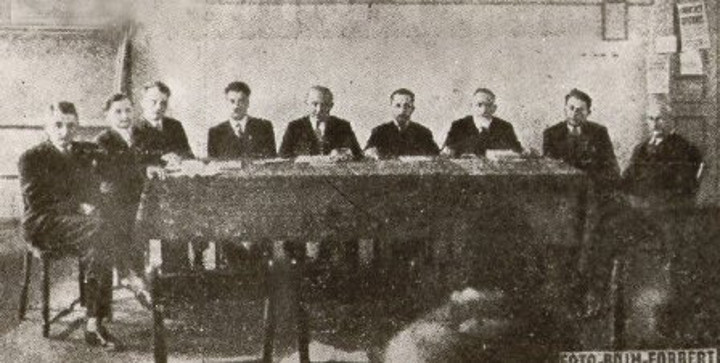 Dr. Emanuel Ringelblum at the head table at a congress of Jewish historians in Warsaw

Led by a young Jewish historian named Emanuel Ringelblum who understood the importance of recording and documenting life in the Ghetto, the ‘Oyneg Shabbes’ group (named for the Hebrew translation ‘the joy of the Sabbath’) collected writings from each of its members and various documents from September of 1939 to January of 1943. Its earliest members were frightened that there would be no Jewish survivors left to share their stories of the brutality of the Nazi regime, or even to continue the heritage of Judaism in Europe. This would leave the Germans with the freedom to rewrite the history of the Jewish people. 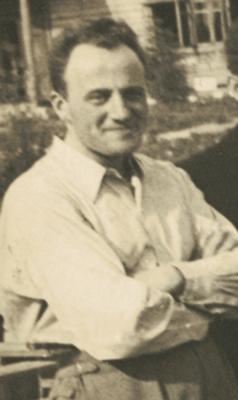 To properly chronicle their terrifying life under German occupation, the ‘Oyneg Shabbes’ group understood that everything about life in the ghetto was of the utmost importance. They began compiling and collecting documents that chronicled Jewish culture and history, and buried these collections deep underground within the confinements of the Warsaw Ghetto, with the hope that they would one day be discovered.

As the group’s leader, Ringelblum collected the personal testimonies from each volunteer and smuggled the documents on the inside of his clothing to three designated burial locations. The materials were hidden inside metal crates and metal milk cartons and buried deep within undetected buildings of the ghetto. Ringelblum foresaw that once the Germans completed their liquidation of the Warsaw Ghetto’s population and sent their surviving members to extermination camps, the ghetto would be likely destroyed. 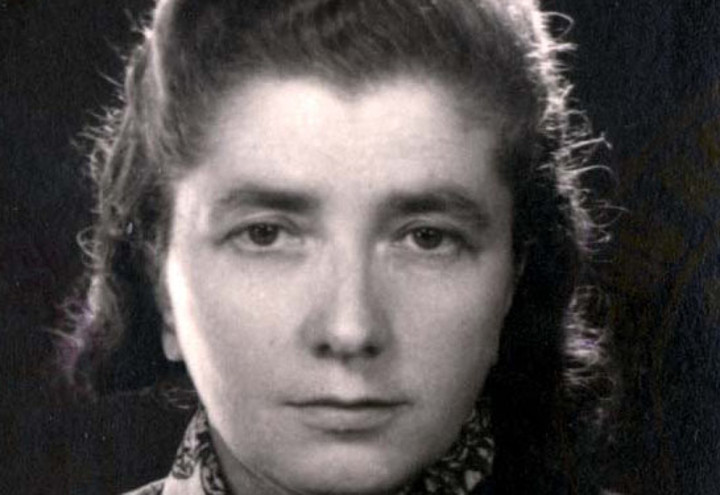 To keep the collections safe, only three of the 60 members were aware of the precise locations of these documents. Should any member be caught by German soldiers, they would be unable to divulge the location, even if tortured. Rachel Auerbach was the surviving member privy to the collections’ location, and one of only three surviving members of the original ‘Oyneg Shabbes’ group. Shortly before the Warsaw Ghetto Uprising in 1943, Emanuel Ringelblum managed to escape the ghetto and remained hidden in a bunker in the Aryan side of Warsaw. Tragically, he and his family were executed in 1944 when his hiding location was later discovered by the Gestapo who had been searching for remaining Jews hidden in bunkers throughout Poland. 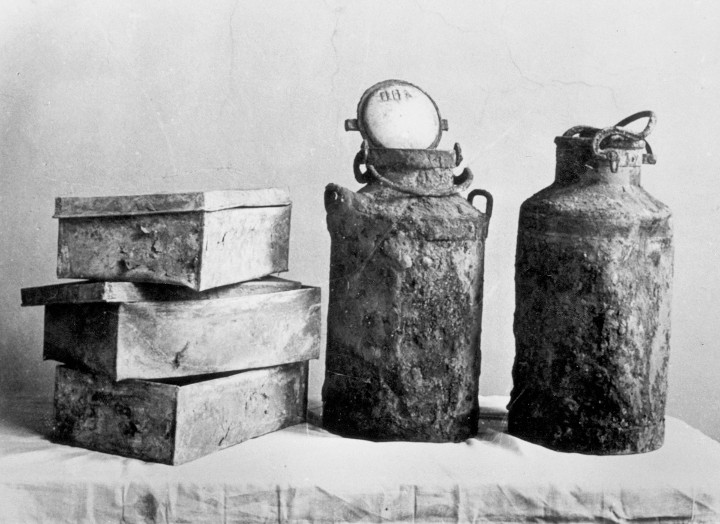 Metal utensils and milk containers in which two part of the archive was hidden.

After the uprising, the German soldiers nearly destroyed the entire ghetto, setting fire to buildings and executing anyone left inside. After the war, Rachel Auerbach began leading an excavation of the ghetto to discover the three lost archives. The team found two of the ‘Oyneg Shabbes’ archives that survived the destruction of the ghetto. The painstaking work of the ‘Oyneg Shabbes’ would not be in vain. 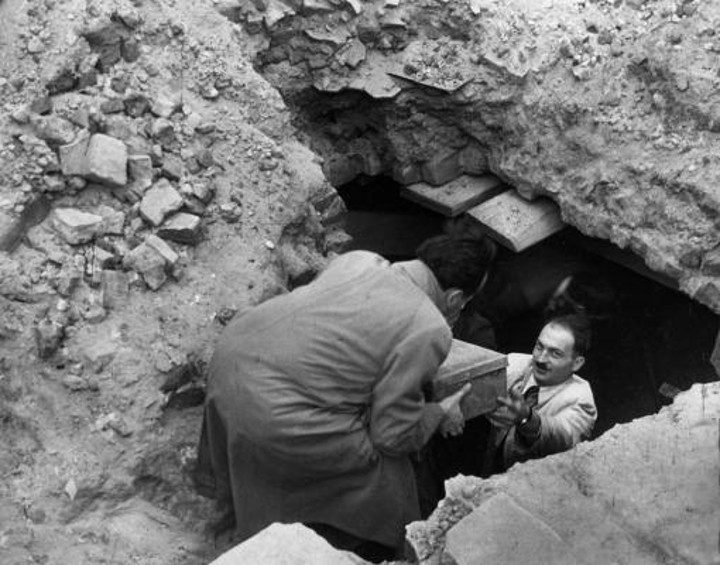 These archives are one of the largest troves of eyewitness documents that describe life during the Holocaust and continue to be an important source for Holocaust studies. The recovered collections are housed at the Emanuel Ringelblum Historical Institute in Warsaw, including approximately 6,000 documents collected between 1939 and 1943. The full scope of this expansive collection has yet to be restored from deep beneath the former Warsaw Ghetto, with the third and final collection hidden by Ringelblum that has yet to be recovered, currently believed to be housed deep beneath the current Chinese Embassy of Warsaw.

The bravery, faith and dedication of the honorable men and women who risked their lives ensured that the truth will be told.

View the trailer below (viewer discretion is advised)

Who Will Write Our History made its debut at the San Francisco Jewish Film Festival and will open in limited release across North America. The book by Samuel Kassow is available to purchase online.

Emma Lazarus, the Jews and Israel

The Courage to be Different