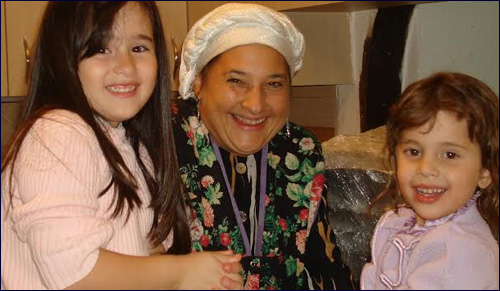 Henny’s loving-kindness, generosity, and exemplary character were the product of a lifetime of striving and working on herself.

It would be easy to think that Henny Machlis was born righteous. Her loving-kindness, generosity, and exemplary character were, in fact, the product of a lifetime of striving and working on herself. The following guide is extracted from my just-released book Emunah with Love and Chicken Soup: the Story of Rebbetzin Henny Machlis, the Brooklyn-born Girl who became a Jerusalem Legend.

At a memorial event for Henny Machlis, who passed away one year ago at the age of 57, Rebbetzin Rena Tarshish testified: “Anybody who ever knew her knew that she was the happiest person in the world. The happiest person. She always walked around with a smile.”

I stayed in Israel for two years after I finished seminary. Over the course of those years, I spent 99% of my time in the Machlis house. And I never once saw Henny unhappy.

Even at 5 AM after being up all night, she may have been tired, but if something had to be done, she did it happily.

Happiness was her big thing. She always said, “Everything is great, amazing.” 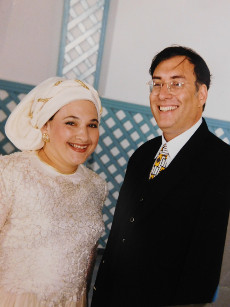 Even at the end of her life, in tremendous pain, she strived to be happy. A few weeks before she died, she said to her daughter Yocheved that

in order to be happy a person always has to reflect on someone who has less than they do. Yocheved quotes her mother as saying, "I was trying to think who would want to be in my position, so sick with cancer and we can't find a cure yet. And I realized that I just heard about a man, a father of ten children, who died of cancer. And I realized that he would have LOVED to be in my position – still alive and able to daven and to try different clinical trials. I'm so lucky!"

Many people are critical. They look at a person or a situation and instantly zero in on the defects. In Judaism, the opposite of this trait is called, “ayin tova – a good eye.” Ayin tova assumes that human beings choose what they see. Since in this world it’s impossible to see the total picture, people make a (usually unconscious) choice whether to see the good or the bad in the people or situations they encounter. 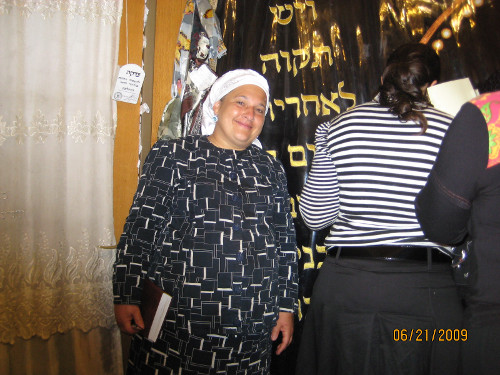 Rabbi Elie Mayer, who knew Rebbetzin Machlis for 22 years, declared: “I've never seen her ever look at any type of demeanor with negativity. Not at any time was she even slightly negative over anything. Even when something negative happened, she had a positive way of looking at it.”

Her ayin tova was unbelievable. She saw that everything is good. It's not like she didn't see the bad. Thank God, I merited to spend a lot of time in their house and I always wondered to myself: Doesn't she notice that this guy doesn't have any manners? Doesn't she notice that this guy doesn't understand at all what she's doing for him? Doesn’t she understand that this guy is making long business calls, back when it was not so cheap, and he's trying to do it only when she doesn't see?

The truth is that she saw everything, she knew everything. She had a very keen insight into human nature, into people. And she knew it all. But at the same time it didn't make any difference whatsoever to her. All she saw was the good. What she did was, she saw a person's good and she honed in on that and then defined the person by his good trait. Everything else that was bad, she would not focus on it whatsoever.

One time I walked into the house and there were broken cabinets and debris all over the place. I received the usual, “Shalom!” but this time it was followed by, “Boruch Hashem, a pipe burst and it leaked downstairs, but the Baal Shem Tov says where there’s water, there’s blessing!”

For Henny, gratitude was the most potent weapon against sadness. She used gratitude not just when facing the ordinary hassles of life, but even when suffering the intense pain of cancer.

Very often we appreciate things, but we don't appreciate things individually. We throw everything together. What does that mean? Instead of taking one bowl of whole-grain rice and chewing it 36 times and thinking, Wow, this is delicious; this is how God is putting nourishment into my body, instead we eat rice and meatballs and sauce and salad and dressing, so many things together that we can't appreciate each separate thing.

I was thinking that Jewish law says you're not supposed to take off two articles of clothing together, like a shirt and a sweater. Why? It says it makes you forget. Forget what? God wants you to appreciate every single garment. You also have a shirt. You also have a sweater. Don't take it all off like one thing. Don't forget the chesed Hashem does for you with every single garment.

One of the most prevalent human weaknesses is blaming other people. Whenever something goes wrong, the default response for most people is to look for someone to blame. 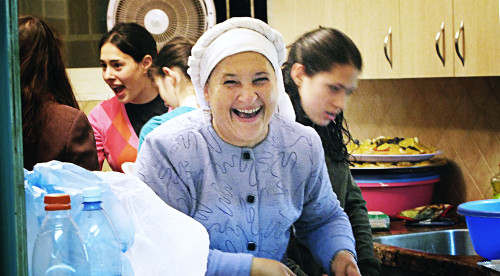 Henny, by contrast, truly believed that everything that happens comes – directly or indirectly – from God. Therefore, blaming a human being is like the rabbinic metaphor of a man beating a dog with a stick and the dog bites the stick, not the man. In Henny’s view blaming anyone is a repudiation of emunah, faith in God.

My mother worked on her temper her whole life. You’re amazed that my mother had a temper? This was her #1 thing that you would never know.

She worked her whole life on not screaming because she had a tendency to scream. When she would be upset, she trained herself to talk in a quiet voice. She would learn Rabbi Pliskin’s book on anger. My younger siblings don’t even know it was a challenge for her because she worked on herself so much.

When I was young, she would yell with annoyance, “Let’s go already! Get the stuff! What’s taking so long?” Then she would stop herself and say, “Hashem, please help me to not scream. Hashem, please help me to not get upset.” She would say it out loud in front of her kids. That’s how we learned that it’s normal to have shortcomings and to work on them.

We should get used to thinking before we speak and asking ourselves, “Should I say it?” When we're passionate about something, when we're excited, when we're angry, we should think, “God, should I say this? Is this what You would want me to say?”

You have to remember that machlokes, arguing, is fire. You never ever win by arguing. Never. Never.

There are three things to do when you feel upset and angry. The first thing is to be quiet and to say, “God, it's You.”

In order to say, “God, it’s You,” you have to be quiet, because if you're busy screaming back then you can't say anything to God. If you're defending yourself or you're putting the other person in his place or her place, so then you can't be focusing on God. So first thing is to be quiet and say, “God, it's You.” 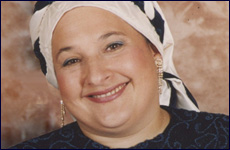 The second thing is to give thanks. Rav Avigdor Miller describes a situation. Let’s say a husband comes home and says, “I can't believe supper's not ready and look at you and look at the house and look at the kids. Everything's a mess!”

The third thing to do is to daven for help in not getting angry.

My Aunt Henny never ever got angry at me. Once, when I was 19 years old, she gave me a list of errands to take care of. It was erev Sukkot, a very busy day. She sent me to buy various foods and challah, and, the most important thing, she asked me to pick up Uncle Mordechai’s suits from the cleaners. She reminded me several times that all of my uncle’s suits were at the cleaners, all of them. She told me, “Please, Eliyahu, the cleaners close at 2 o'clock. Don't forget the suits.” I took their car to do the errands.

When I came back in the afternoon, Aunt Henny asked me, “Where are the suits? Did you leave them in the car?”

It was after 2 PM. Everything was closed. She just said, “Okay, b’seder.” She reacted with total calmness. She didn’t get angry at all. She was in total control of herself. 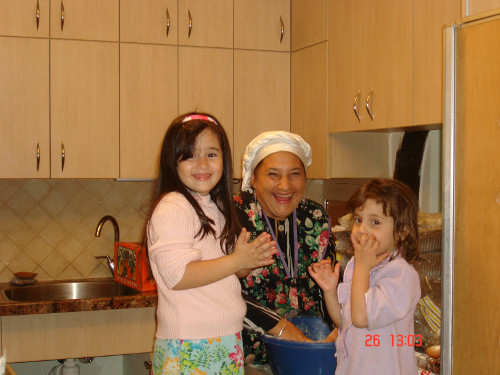 Uncle Mordechai didn’t have a single suit to wear for the holiday. So Aunt Henny looked up the home number of the owner of the dry cleaners in the phone book, and she called him. He came back and gave her the suits.

More than once, I saw people totally blow up at her, yelling and screaming, and she just took it calmly. I never saw her lose it.

She told me a lot toward the end of her life that there’s no point in getting upset, because God is in control. 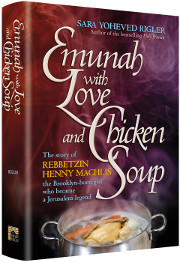 Click here to order your copy of Emuna with Love and Chicken Soup: the Story of Rebbetzin Henny Machlis, the Brooklyn-born Girl who became a Jerusalem Legend.

“I’ve read over 10,000 books, and this is the most powerful book I’ve ever read.” Mindy Stern, proofreader at ArtScroll

Two Brothers and a Sister: A Timely Story about Uniting as Family

Queen Esther Cleans for Pesach
Deep Breaths
What Happened to the Truth?
The Japanese Everything Bagel Spice Recipe
Comments
MOST POPULAR IN Spirituality
Our privacy policy