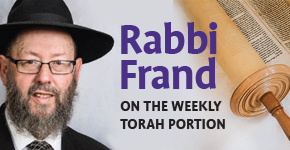 Stealing from anyone is forbidden, but stealing from a ger, a righteous convert, is an especially despicable sin. Our Sages tell us (Sifrei 5:13) that the Torah considers such people “very faithless to God.” Why is this so? Sforno explains that stealing from a ger is also a chillul Hashem, a desecration of the Name.

One can just imagine the scene. A gentile has come to the realization that the Torah is the truth and that the Jewish people are the chosen people. His heart is burning with a desire to join this exalted elite. He works hard. He envelops himself in the holiness of the Jewish people. He studies. He learns. And finally, he is accepted as a convert and comes under the wings of the Shechinah, so to speak. He walks into the shul for Minchah, puts down his briefcase and joins the congregation. He feels wonderful. He finishes his prayers and goes to retrieve his briefcase, but it is gone, obviously stolen by another Jew! What a humiliation for the Jewish people, for the Torah, for the holy Shechinah! This thief, whoever he was, did not only commit a crime of theft against the owner of the briefcase. He made an awful chillul Hashem.

People tend to think of chillul Hashem as a transgression of major proportions, but it is not. The Talmud tells us (Yoma 86a), “What is considered a chillul Hashem? Rav said, ‘If I were to buy meat from a butcher and fail to pay my bill right away.’” The greater the Jew, the greater the potential for chillul Hashem in his deeds. For someone of Rav’s stature, all it takes to make a chillul Hashem is a small thing like not paying the butcher on time. People look up to our great rabbis. They measure all the Jewish people and all of Judaism by the behavior of the great. Therefore, people of stature have an additional responsibility to act with great care and forethought. Hashem’s honor depends on what they do.

The Rambam writes (Yad, Hilchos Yesodei HaTorah 5:11) that not only a great rabbi such as Rav but “any great person renowned for his piety” who transgresses even slightly is guilty of chillul Hashem. If the people of his generation look up to him, he bears the same responsibility as Rav in his generation.

Taking this reasoning a step further, Rav Yaakov Weinberg, my Rosh Yeshivah, suggested that in our times every Orthodox Jew is considered a “great person renowned for his piety.” Whether we like it or not, whether we agree with it or not, millions of nonobservant Jews see all of us as holy rabbis serving Hashem all day every day, and they measure our actions accordingly. A nonobservant Jew would be shocked and scandalized if he would be cut off in traffic by a car whose driver has a beard and is wearing a black hat, and perhaps a bumper sticker promoting Shabbos or protesting lashon hara. This is as bad or worse than not paying the butcher on time. It is a bona fide chillul Hashem.

This obligation also includes treating all people with appropriate courtesy. If you work in a place together with gentiles, you most certainly should not socialize with them, but you have to say, “Good morning.”

Every Bar Mitzvah boy's nightmare is to have to read Parashas Naso, which has one hundred seventy-six verses, more than any other parashah in the Torah. At least, that is what I used to think when I was a boy. But in fact, Naso is not such a hard parashah after all. The end of the parashah describes the dedication offerings brought by all twelve princes of the tribes, and they are all identical. The bar-mitzvah boy would find himself reading a fairly sizable group of verses twelve times. That shouldn’t be too hard, should it?

But why is it so?

The Midrash relates that the prince of Yehudah, Nachshon ben Aminadav, brought his offering, and then it was Nesanel ben Tzuar’s turn. He was faced with a dilemma. What should he bring? What would be the ramifications of his decision?

Let us use a bar-mitzvah as an analogy. It is not unusual for one shul to have a bar-mitzvah every Shabbos for twelve consecutive weeks. Now let us say that the food served at the first bar-mitzvah was a fruit cup, a quarter of chicken, a piece of potato kugel, glazed carrots and chocolate ice cream for dessert. Everything goes beautifully. Terrific.

Now comes week two. The mother of the next bar-mitzvah boy has a problem. What should she serve? Fruit cup is out, as is a quarter of chicken and kugel as well. Two weeks in a row? She would be a laughingstock in the community. So she opts for the chicken cutlet and the broccoli quiche. Everything goes well. Disaster has been avoided.

Now comes week three. The mother of this boy considers the gravity of the situation. Chicken is certainly out, as are chicken cutlet, kugel and quiche. Forget about the fruit cup and the chocolate ice cream. This situation obviously calls for roast beef and grilled asparagus stalks. And lemon meringue pie for desert.

this went through Nesanel ben Tzuar’s mind. Not bar-mitzvahs, of course, but escalation. Nachshon ben Aminadav had already brought his offering. If Nesanel were to go one up on Nachshon, there would be no end to it. The pressure would mount, as would the anger, the resentment, the jealousy and no doubt the lashon hara as well.

So Nesanel ben Tzuar did a wonderful thing. He brought exactly the same offering as Nachshon. This enabled all those behind him to do the same thing, and thus all their offerings were identical. Nesanel set the tone ¾ all Jews are the same.

The Midrash concludes that Hashem showed His pleasure in an unusual way. A korban yachid, a private offering, is never brought on Shabbos, only a korban tzibbur, a communal offering. The offerings of the tribal princes, however, were brought on twelve consecutive days, including Shabbos, even though they were korbanos yachid.

Since these offerings were deliberately identical in order to avoid hatred and jealousy, since they promoted a sense of community and harmony, Hashem considered them as korbanos tzibbur and allowed them to be brought even on Shabbos.