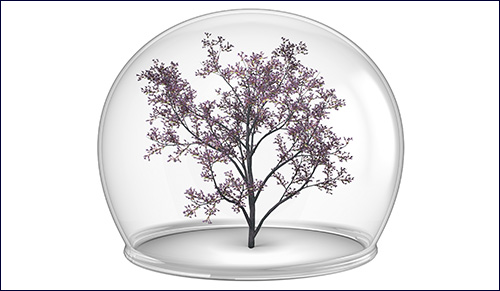 A contemporary lesson from the Torah’s application of quarantine.

A sad but fascinating aspect of the Ebola epidemic is a procedure which has an ancient biblical source, albeit for a decidedly different purpose.

In order to protect their population, the Ebola epidemic is forcing concerned countries to quarantine suspected carriers of this fatal disease. To the question of whether the government can confine people to what is basically house arrest without due process, the law agrees that both states and the federal government have the legal authority to isolate people in their homes or at other locations if they pose a substantial danger to public health.

Historians tell us that the practice of quarantine, as we know it, began during the 14th century in an effort to protect European coastal cities from plague epidemics. Ships arriving in Venice from infected ports were required to sit at anchor for 40 days before landing. This procedure, called quarantine, was derived from the Italian words quaranta giorni which mean 40 days.

But its source is much older. In fact it comes from the book of Leviticus. Long before the world knew anything of germs nor understood the concept of sickness being transmitted from person to person, the Torah established rules for the separation of the healthy from the infected. Those afflicted with what the biblical text called metzora were to be sent outside of the camp, isolated from human contact, until diagnosed well enough to return.

Of course the quarantine of the metzora had nothing to do with preventing the spread of physical contamination. Jewish commentators are agreed that the word metzora, almost always incorrectly translated as “leprous,” was used to designate an entirely different disease – not a physical failing but an ethical corrosion, a disease not of the body but one of the spirit.

A metzora was literally a motzi ra – someone who put forth evil: a slanderer, a gossiper, a spreader of malicious rumors and accusations. His sin was social; that is why his punishment was to be removed from society. His speech caused harm to innocents; that is why he needed to be isolated. His words caused lasting wounds; that is why the Kohen (priest), in his role as spiritual doctor, removed him from the opportunity to cause further harm to others by sending him outside of the camp and separating him from all those he could ethically contaminate.

It was an amazing concept that took the idea of infection far beyond the province of modern medicine. In the very first instance of the Torah giving warning of disease transmission, it chose to stress the pollution of the soul above the plagues of the body. Yet in spite of its different focus it opened the gate to the consideration of isolation as a means of protecting the pure from the impure, the healthy from the ailing, and the potential victims from the “carriers” of the tainted.

Some academics have even suggested that the reason for the choice of 40 days for quarantining was adopted to reflect the duration of major biblical events such as the great flood as well as Moses’ stay on Mt. Sinai. (Foundations of public health: history and development. Baltimore: Johns Hopkins University Bloomberg School of Public Health; 2001).

By acknowledging the biblical source of quarantine in its original context, we can perhaps draw an important lesson from our present fixation with the threat of Ebola. Ebola is indeed deadly. It requires the utmost effort on our part to eliminate it. It justifies quarantine and isolation to prevent its spread. Yet long before the Torah dealt with the fears for our physical health it demanded we be concerned with isolating and quarantining the deadly contagion caused by the cruelty of words coming from our mouths and evil talk given voice by our lips.

Indeed how much more relevant has this become in our day of the internet, the tweet and the twitter, Facebook and the smart phones that have turned gossip and slander into the most voraciously consumed texts of our time.

For our age there is no greater wisdom than the Talmudic proverb that “Slander slays three persons: the speaker, the spoken to, and the one spoken of.”