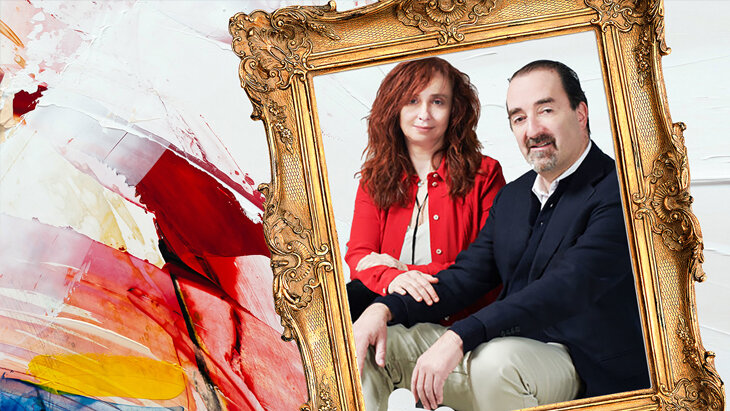 Amid Paris' high-end art scene, Antoine Helwaser embarked on a spiritual journey in the shadow of the Holocaust.

Why did a renowned Parisian gallery owner – whose family had been a fixture in Paris’ high-end art scene for years – suddenly move to New York? News that the renowned Helwaser Gallery was moving from Paris to New York in 2008 caused some surprise in the art world.

Antoine explained to an art journal that with his business increasingly focusing on major American artists – including Alexander Calder, Alex Katz, and Andy Warhol – New York seemed like the logical place to relocate. But that didn’t seem to explain the suddenness of the shift. At the time, Antoine and his wife Anne-Marie had four young children who knew no English. Their beloved family and close friends were living in Paris. The move was a huge rupture in their family life.

What the global art world didn’t know about the Helwaser Gallery’s new location was a deeply personal alteration in the Helwaser family’s life. For years, Antoine had been harboring a growing desire to live a full, Jewishly observant life. "In France, it’s hard to be religious,” Antoine explained in a recent Aish.com exclusive interview. "When you have a kippah on your head, you’re assumed to be some outsider.” Antoine was struck by how much easier it felt to live a Jewish life in New York.

In some ways Antoine and his family were consummate insiders in France. “My father was an art dealer," recalls Antoine, “so I grew up with art around me, and I learned about the art industry as a young child.” He attended the Sorbonne, France’s most prestigious university, where he studied art history and philosophy. “As one would expect,” he notes, “with the prior experience of the art market accumulated through my time at my father’s gallery, I opened my own in 1986.” The Helwaser Gallery soon became a mainstay of Paris’ art scene. 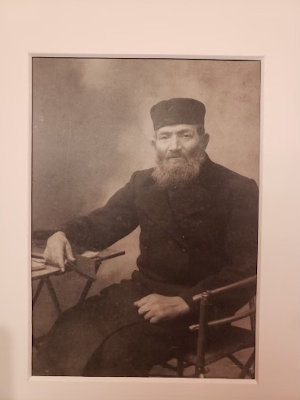 Yet just a generation earlier, the Helwaser family was nearly wiped out, like millions of other Jews across Europe. Antoine’s father, Roger Helwaser, was just a child in 1942 when Paris’ Jews were rounded up and sent to Nazi death camps. Roger's family managed to hide him in the countryside, but his parents, his sister Madeleine and his brother Emile were deported to Auschwitz. Only Emile managed to survive.

Antoine’s mother’s parents were deported to death camps as well. They managed to hide Antoine’s mother Lou, who was only seven years old, placing her with a sympathetic family in the countryside. Her mother managed to survive after enduring Auschwitz.

His parents were traumatized by the Holocaust and rarely spoke of it. “You don’t talk about the Shoah,” Antoine explains, using the Hebrew word for Holocaust, “but it’s more prevalent because you don’t talk about it.” He recalls that before the late 1980s – when there were a few trials in France of former Nazis and public interest began to stir – very few people were interested in hearing the stories of Holocaust survivors and other French Jews.

Antoine was born 18 years after his father’s family was deported to Auschwitz, on the very same date. As he began learning more about Judaism, Antoine discovered that the number 18 has deep significance in Judaism “I realized that 18 means Chai, the Hebrew word for 'life.' I was supposed to bring the life in my family back after all the death from the Holocaust. That really encouraged me during my Jewish journey." 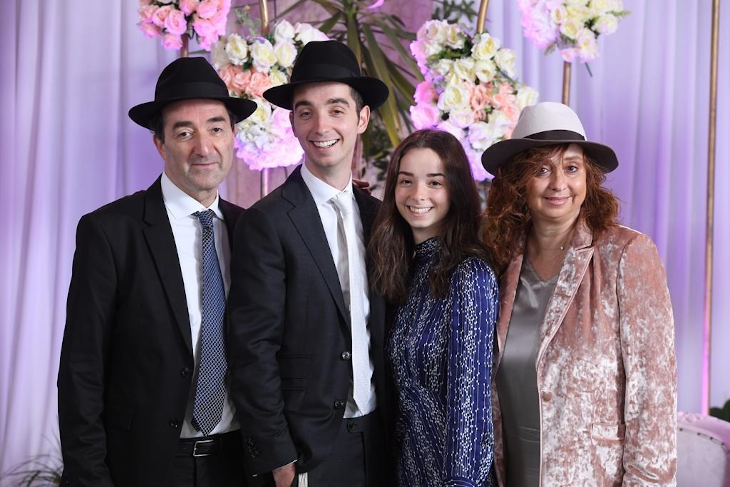 Antoine with his son Shmuel, daughter Devorah, and Anne-Marie at Shmuel’s wedding in Jerusalem

Growing up, Antoine remembers Paris being a welcoming place for Jews. Anti-Semitism wasn’t the same threat it is today, and for much of his life Antoine focused on art, finding his place in French society as an art dealer and later a gallery owner.

With his parents unable to speak about the horrors of the Holocaust, discussing art provided an avenue to connect on a deeply personal level. "Art is another way of escaping from the world,” Antoine explains. “Being connected to art helped me to connect with imagination – with beauty.”

Antoine’s mother founded a Parisian gallery for emerging artists in 1973; five years later, his father established his own gallery, focusing on established artists. Antoine began working with his father when he was 25, learning the family business.

Friends introduced Antoine to Anne Marie Helzer, a fellow Parisian Jew and art enthusiast. “We were in the same circle of friends,” Antoine explained. “Anne-Marie was working as a parliamentary attaché at the time and invited me to the private opening of an exhibition on Impressionism at the Musee d’Orsay. I gave her the exhibition catalogue as a gift and inscribed it with my hope that we would have many more art conversations. A few months later, we were married.”

Anne Marie and Antoine have four children. As their family grew, so did their religious observance. Antoine explains that it took years to realize that something was missing from his life. In his early 30s, he was seeking answers to life’s toughest questions – and began finding wisdom in Jewish sources.

One of the first Jewish thinkers Antoine came across was Rav Eliyahu Eliezer Dessler (1892-1953), the prominent Lithuanian-born rabbi who worked in Britain and Israel and served as the head of the world renowned Ponevezh Yeshiva in Israel. Reading Rav Dessler’s writings and letters gave Antoine a sense of the depth and spirituality that Jewish learning could offer. The writings of the Hassidic master Rabbi Nachman of Breslov (1772-1810) also impacted Antoine.

“Studying Jewish texts gave me a way to connect with my great great grandparents who lived in the shtetl in Poland.” After doing some family research, he discovered that many of his forebears were known for their deep faith and passionate religious observance; some were even prominent rabbis. “I also discovered that I was a Levi,” Antoine notes.

In New York, the Helwaser family – and gallery – thrived in their new home. Anne-Marie took classes in art criticism and marketing and became more involved in the family art business. Their children attended Jewish schools. In 2019, Anne-Marie and Antoine opened a second Helwaser Gallery on Madison Avenue in New York. 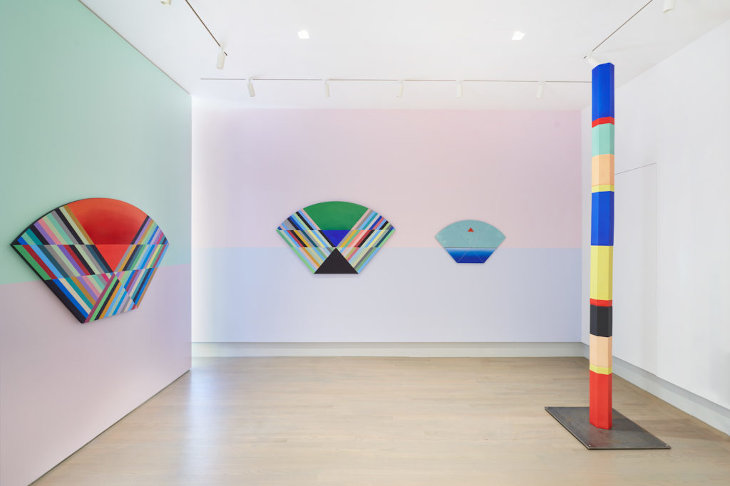 Today, Antoine wakes up at 5 AM to study Jewish texts before going to work, and then studies again in the evening. “I learn Talmud with a friend, every morning and every night,” he explains. "It's invigorating."

Antoine is one of the few Orthodox Jewish art dealers in New York. Keeping kosher and Shabbat can be “complicated” in this rarified field – but it doesn’t hold him back. Despite the fact that many major art fairs are held on weekends, he manages to run his leading gallery without doing business on Shabbat, attending meetings at other times of the week.

Antoine has found that people in the art world respect him for his religious commitment.

“Among the art that I represent there are many Jewish artists – they are among the best of contemporary artists," Antoine notes.

In addition to passionately promoting new art, Antoine is also continuing to grow and learn in his Jewish life. The more he learns the more he realizes there is to know. “The Torah is infinite,” he says. "As with art, all it takes to gain a deeper appreciation of our inner spiritual lives is the curiosity to begin exploring.”

Antoine shares another connection between art and Torah. “If you want to see art, you have to go to galleries. It’s the same with Torah – you have to go to a thriving Jewish community. Then you will feel motivated and more curious. As you begin to learn, your inner questions that you didn’t even know you had come to the fore.”

My Journey from Chinese to Jewish