Adopted: The Search for My Heritage 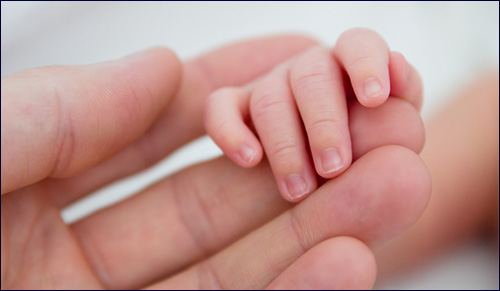 My difficult search for proof of my Jewish identity.

In the fall of 2007, my daughter and her boyfriend were walking along the streets of Manhattan sharing their dreams, hopes, and life stories. Our daughter mentioned that I was adopted, a simple fact that she and I had known all our lives. 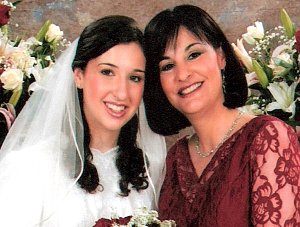 The author and her daughter.

“How does she know that she is Jewish?” her boyfriend asked with innocent curiosity. She answered all that she knew; that I had been told by my adopted parents. Shortly after their date, our daughter called my husband and posed the question to him hoping for a more-detailed response. The ramifications were very clear. With the young couple on the brink of engagement, it was very important to have definitive knowledge of my Jewish status and thereby my daughter’s Jewish status. A frantic, harrowing search for proof ensued.

Throughout my life, I have felt that my adoption defined me in many ways. Neither a negative nor a positive, a fact nonetheless that I felt compelled to share with others. When I was young, my friends and I would often make up stories about my biological mother, the kind of person she was and the reason she could not keep me as her own. I think I enjoyed the opportunity to talk about her and the possibility of her.

The lack of access to my birth information was often a frustration for me.

My wonderful and caring adopted parents chose not to learn or impart any information on my birth other than two facts: I was Jewish, and I had been adopted locally. The lack of access to my birth information was often a frustration for me. Suddenly, it had become extremely problematic. How was I to find definitive proof when I had so little information? Why had this not come up at the time of my own marriage?

Interestingly, the issue had come up when I was married over 29 years ago. I just had not been privy to it. For the first time, my husband told me that the rabbi who married us did indeed ask about my Jewish identity as is the requirement when marrying a Jewish couple. My husband confessed that he had contacted my mother (my adopted mother – the only mother I had ever known) and she told him that she had been informed that I was Jewish by the Jewish adoption agency in town. The rabbi who married us was familiar with the adoption agency, and this was sufficient evidence of my identity for him. The issue had been handled quietly and quickly, without my knowledge.

But times had changed. In 2007, I solicited the counsel of our rabbi and he told me that what I knew from my mother was sorely insufficient. He could not marry our young couple with unsupported facts. I needed to ascertain the Jewish identity of two generations of women, my biological mother as well as my biological maternal grandmother. This was truly a formidable task.

I set to work and I persevered. In my recently published book A Question of Heritage: An Adoption Story, I relate all the details of my search and my incredible revelations. Deep into the story, I share my feelings shortly after finding much of the proof I sought.

Staring at her disjointed notes, she felt a strange connection to the poem by Robert Frost, The Road Not Taken, in which he most eloquently wrote, “Two roads diverged in a yellow wood, And sorry I could not travel both.” From the moment of her conception she had traveled a certain road and path, and in her mind’s eye she could see how two paths met and shortly after her birth, by the adoption, she was set on a completely different path. The reality was that her life would have been utterly unlike the one she had known. At the crossroads, her mother by birth, Jo, had stood and looked down both roads as far as she could see and had made the pivotal decision that set Ellen on the other road, the road away from her, the one less traveled, that of an adoptee. Robert Frost continued in the poem with the stirring words, “Yet knowing how way leads on to way, I doubted if I should ever come back.” Ellen felt she was finding her way back, finding the clues and glimpsing the emerging image of the first road, the road not taken. – Excerpt from A Question of Heritage: An Adoption Story.

Needing to prove my identity was and continues to be a difficult concept for me. It is an idea that does not naturally occur to most people; the need to prove who they are. Emotionally, it added to the angst I had always felt as an adoptee with virtually no information about my birth or biological family.

My experiences solidified my opinion. I believe wholeheartedly that adoptees should have access to the specifics of their births. It is essential to have the opportunity to know from where we come; to know our roots. For Jewish adoptees, it is extremely important to know with certainty the fact of their Jewishness, the fact that they were born to a Jewish mother and a Jewish grandmother.

The search process remains difficult, although some progress has been made. In Maryland an adopted child at the age of 18 may request his/her original birth certificate, the one kept under seal from the time of adoption. This was implemented in the year 2000, but the law was not grandfathered in. It is only applicable to children born in the year 2000 and after. The certificate remains sealed for those born prior to 2000. The law in Maryland further states that agencies and therefore Jewish agencies are not able to begin the search process until the adoptee is 21 and all children in the adopted home are at least 21 years of age.

Unfortunately, this means that the child must grow into adulthood without necessary information about who he/she is biologically. With time and armed with the seminal information that can be gleaned from an original birth certificate, a great deal can be found by searching the web. This is progress.

In my case, I was one of the lucky ones. I found a way to unearth the information closely guarded by the system and provide my daughters and their progeny definitive proof. It was a search of necessity which became a search of love.

Judith Jo Pachino was born, adopted, raised and currently lives in Baltimore, Maryland. Her moving debut novel, A Question of Heritage: An Adoption Story, is a fictionalized version of her adoption story. At its core, the book highlights the angst of those in the adoption triad and the complicated realities of adoption. With passion, she expresses the significant impact adoption has had on her life. Judith's book can be purchased on amazon.com  or as an ebook.

The Jewish Prince of Persia

My Palace, My Sukkah
Morality and Abortion: Three Views
There Are No Limits
Adam and Eve Were Vegan
Comments