Pat Quinn and Regaining the Power of Your Voice 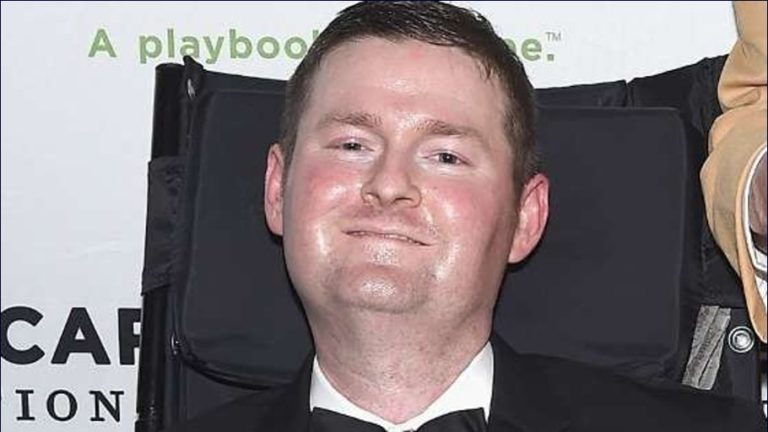 Are we using our words as forces of healing or hurting?

Pat Quinn suffers from ALS. In 2014, Pat cofounded the famous Ice Bucket Challenge that raised over 100 million dollars to find a cure for this devastating disease. Pat championed the cause. “Every August until a cure,” he said with a weakened but determined voice.

This passionate 34-year-old man has since lost his ability to speak, walk or use his hands.

This past week Project Revoice announced that Quinn has regained the power to speak adapting his own voice on the computer. Working with the multiple interviews he had given during the Ice Bucket Challenge, Project Revoice cloned the sound of Pat’s voice.

Surrounded by his family, Pat’s eyes glistened as the computer’s automated voice spoke his words using Pat’s real voice. His voice has been restored.

“It is a sweet feeling saying your first words a second time,” Pat said. You can see the joyful wonder on the faces of family and friends.

“It’s like you don’t even realize how personal your voice really is until it is taken from you,” Pat said. “My voice is how I fought back against the very disease trying to take it from me. Sorry, I am not going out that easy. I will make sure my voice is heard again. Guess who is back?”

Pat vows to use his new found ability as a way to continue and speak up for his cause.

The emotional clip made me think about our own voices. The gift of speech is a blessing but we don’t often give it much thought. We are told that the second Temple in Jerusalem was destroyed because of ‘sinat chinam’, baseless hatred. Gossip, slander, unkind words, all contributed to the raging fire. The physical destruction was an earthly manifestations of the spiritual devastation. This long and tragic exile continues as malice between Jews divides us.

We are now in the season of counting the Omer when Rabbi Akiva’s 12,000 pairs of students died because, the Talmud tells us, “they did not treat each other respectfully.” Theirs was a generation rich in Torah study and wisdom, but they did not properly honor each other. Despite the knowledge they possessed, respect was lacking. Today we still mourn the enormous loss.

Imagine the great power we possess. Just as our words can destroy or make people feel small, we can also use our voice to draw others close and create love. This period is an opportunity to regain the power of speech that we possess. Are we using our words as forces of healing or hurting?

I have met countless adults who are emotionally paralyzed by the hurtful voices they heard growing up. Children have confided to me their deep pain when classmates, siblings, teachers or relatives squash their confidence with belittling words.

God infused within us a gift of speech, granting us the ability to express our soul.

What if, God forbid, that voice was taken away?

Would we pray for one more chance, one more opportunity to fix the hurts we’ve caused through our words?

Let us use these days of the Omer to bring healing to our world. Let’s think before we utter unkindness, malicious gossip, or a sarcastic put down.

Think not only of words, but the sound of our voice, the tone we use. We can try to get rid of the anger, the sharpness that pushes those we love away.

Pat Quinn has promised to take his voice to a whole new level. We can strive to do the same.

What Would Rabbi Noah Weinberg Say?

Opportunity of a Lifetime

The Lady Is a Mensch

Things We Take for Granted
For Every Individual, A Torah Scroll
Allegiance To The Monarch
Meet the Real You: Yom Kippur
Comments
MOST POPULAR IN Spirituality
Our privacy policy
Aish.com Is Looking for Great Writers