Out of Iran, Finding My Voice 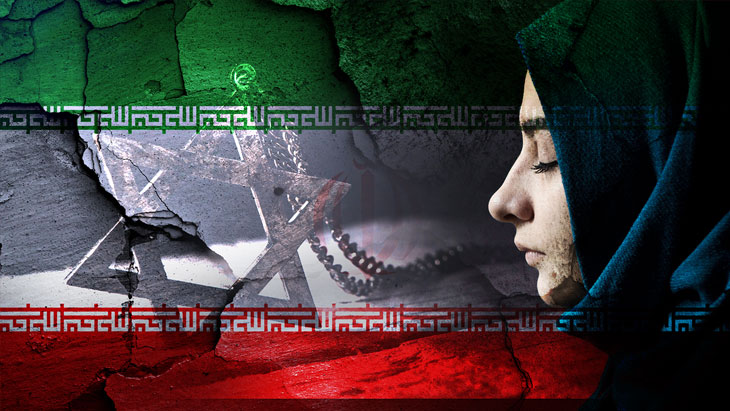 As an Iranian Jewish woman who grew up in Iran wearing a hijab, my childhood and experience of feminism is vastly different than most women.

For the first 13 years of my life, I grew up as a woman completely different than the one I am right now. For one, unlike the young girls of today, I didn’t grow up with pretty little pink bows in my hair, nor did I ever have the strong desire to grow my hair long. In fact, I never really learned to take care of my hair, or play dress up with fancy princess dresses.

Whereas my own daughters, now 14 and 15, grew up with trunks full of pink dress-up clothes and colorful shoes, I didn’t even dream of such things. When I watch girls as young as eight teach makeup and give tutorials about styling hair on their YouTube videos, it's quite strange to me – almost foreign.

I grew up in Iran until the early 1990’s and spent those year wearing the government-mandated hair cover and coat for school and all outings. The navy or black uniform was worn by every school aged girl and older. When people ask me if that was hard for me, I answer in earnest when I say no, it really was not. I was born right before the Islamic revolution – yes, that makes me almost 43 years old! – and the hijab was a part of my life and existence. I never really gave much thought to the drab uniform and was not bothered that as a Jewish girl I had to follow the mandates set by the government. It was the reality I had grown up with and was all that I knew. 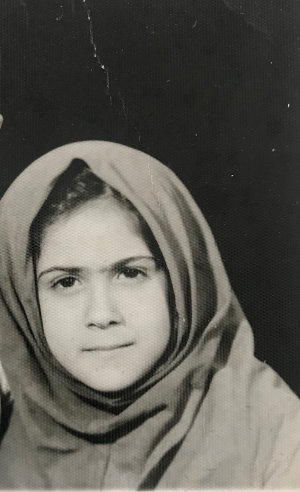 The author as a young girl in Iran

In fact, when I finally moved to the United States, I felt a bit lost. The ambiguity provided to me by the roosarie (headcover) and manto (coat) was one that had shielded me from being noticed. For my shy and introverted personality, the government-sanctioned garb provided a protection that subconsciously helped me stay hidden and blend in to the background of the larger picture. I became a quiet observer, always watching those around me.

Many older family members, and even some Muslim friends, detested the hijab, longing for the days that a woman had a chance to choose how she dressed. At such a young age, I had no such feelings or desires.

Of course, for family gathering and such, we wore out best clothes and my mother helped me with my unruly, frizzy hair. But it wasn't until I went to college, after living in the United States for many years, that I learned to truly embrace my hair and began to develop a sense of fashion. At the age of 18, I finally started to embrace my outer beauty in a way that felt authentic and real to me.

For all the years in Iran, pixy cuts were my go-to style when it came to my hair, not quite knowing how to tame my frizzy, thick hair that’s so synonymous with Mizrahi women. Then I finally began to grow out my hair. Out from under the ambiguity that the roosarie offered me, I started to develop the courage to step out into the light and find my style and my voice.

Not being hidden under the hijab forced me to show a different part of myself. With those limitations lifted, I learned to embrace all of me, not just the quiet. I learned that it was not enough to simply be an observer, but one must have the courage to speak for what she believes in. I learned to embrace not only what’s within, but also what’s on the outside. 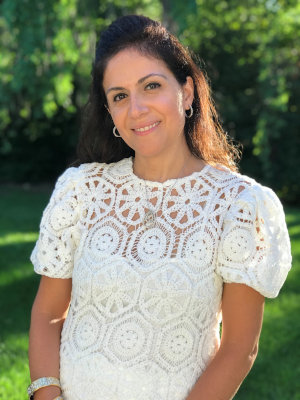 On this International Women’s Day, I salute all women who were encouraged to stay quiet but learned to find their voice to speak. I salute all Mizrahi women, Ashkenazi and Sephardi women, black and white and from all walks of life, who were more comfortable staying hidden and quiet, but were steadfast in their resolve to make the world a better place and to reach within in order to share their strength with their families and their communities.

Aylin Sedighi-Gabbaizadeh is a writer who is working on her historical-fiction novel about the lives and trials of women and children in old Iran. Her articles have appeared on Kveller.com, The Jerusalem Post and Aish.com

50 Ways Girls can Feel Good about Themselves

Lifestyle of a Hasidic Woman

The I of the Beholder