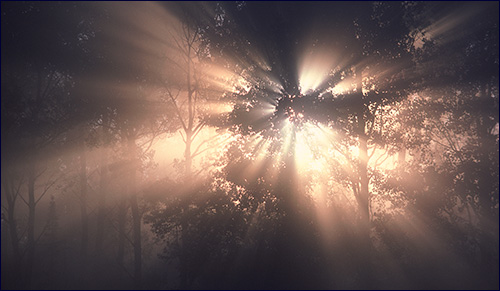 In a dark world, you must be the light.

Hanukkah is here, the season of light. It’s time to celebrate the ancient miracles, our victory over spiritual darkness. But how do we celebrate when things feel so dark? Where is the light?

In our world, righteous men are massacred while wrapped in prayer shawls, their lives snuffed out as they stand before God in fervent prayer. In our world, Jewish women and children walk in fear on the streets of France. Iran gathers strength. Isis raises a black flag of evil. And with all this, life goes on. Catchy holiday tunes keep playing, buy one get one free!

Sometimes I reassure myself. It’s easy to feel this way in December when the day ends at four and the sun shines thinly and the air is cold. I tell myself it’s just a trick of the light. But it’s not just that. It’s the silence where there should be outrage. It’s the tacit agreement that allows evil to flourish. Humanity seems to be turning a blind eye, and the world spins and spins.

But the Jewish people are not complacent. We are fighting back. Just as in days of old, when darkness looms, we fight back with the eternal light of Torah. In shuls and schools we are learning the ancient texts and extrapolating new meanings. In basements and living rooms, free loan societies flourish, medical referrals are made, home-cooked meals are brought to the hungry, visits to the sick, comfort to their families. Money is being raised to support the poor, to support our army. Prayers are said for the sick and injured. We are celebrating Shabbat with renewed vigor and reaching out to our fellow Jews to join us.

In the time-honored way of the Jews, the network of goodness, of tikkun olam, repairing the world, spreads and grows, reaching further and further into the hidden corners of the earth, the darkest corners of our hearts. We are gathering merits and spreading kindness. We are lighting up our world.

But I will also tell them that the light doesn’t shine for free. That just as in days of old, there is a war we need to fight. A battle against complacency, against the slow incremental slide toward darkness, the dimming of our souls and our hope and our faith. It’s a war we fight all our lives with the world and with ourselves. I will tell them that it isn’t hard to get lit up; it’s hard to keep shining. Miracles come to the worthy, to those who earn their light.

It’s Hanukkah, so I will remind them that He who created darkness also created light, and He is still in charge. I will whisper to them, “Let the One who made their lights burn then, do it for us now, bayamim haheim bazman hazeh.” The world changes but He has not changed.

I will tell my children that we are the tiny lights. We are gathering the kindling. We are fanning the sparks. 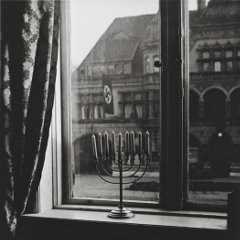 And I will show them the picture taken in Germany in 1931, by the wife of Rabbi Akiva Posner. A menorah standing on the windowsill with a Nazi flag waving in the air behind it. On the back the righteous woman inscribed, “Death to the Jews, thus says the flag. The Jews are eternal, thus responds the light.”

I will tell my children, it’s a dark world. You must be the light.

I will tell the same thing to myself.

The Meaning of the Menorah's Light