The First Druze Attack Navigator in the Israeli Air Force 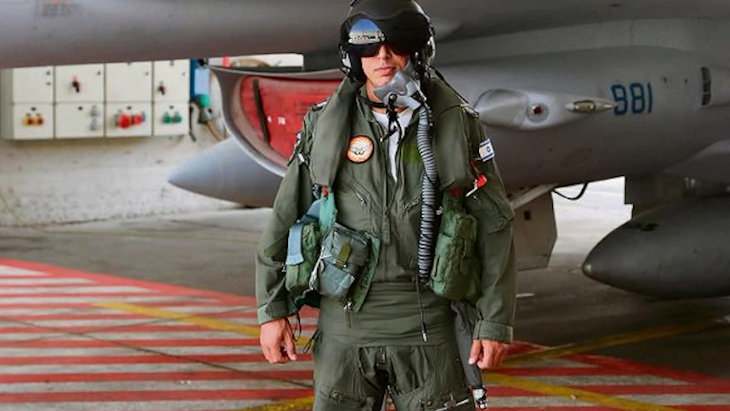 Over a distinguished career, Lieutenant Col. A had fought in the Second Lebanon War, Operations Pillar of Defense and Protective Edge. An exclusive Aish.com interview.

There are around 150,000 Druze Arabs living in Israel, mainly in the Galilee, Carmel region and Golan Heights. A monotheistic religion that dates back to the tenth century in Egypt which contains aspects of Islam and other religions, Druze principles focus on honesty, loyalty, piety, altruism and patriotic sacrifice. Druze Arabs are subject to conscription like other Israelis. Today there are thousands serving in the army, navy and air force.

“There was never any doubt that I wanted to pursue a career in the IDF,” Lt. Col A told Aish.com. He wanted to be an elite combat soldier or Navy Seal, but when he aced his physical and mental tests and was offered a place on the prestigious pilots course, he changed his mind. In a highly selective, grueling training course, each year only 40 pilots and navigators graduate to the air force. In 2003, Lt. Col A made history and became the first Druze attack navigator, beginning his combat service on the IAF’s F-16 fleet. 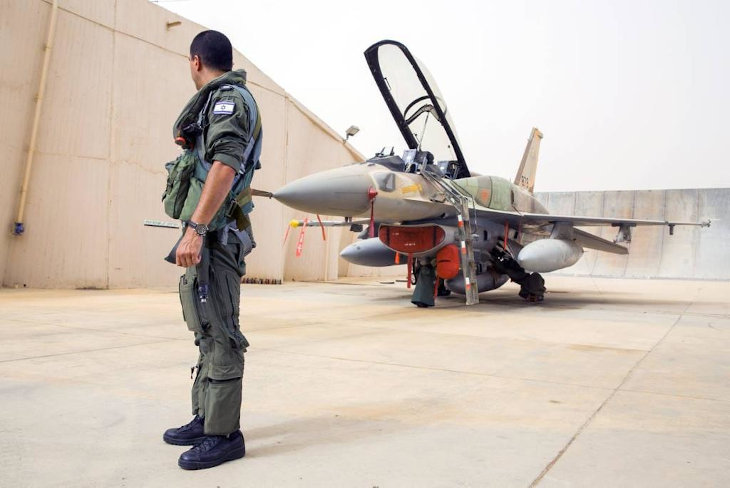 Lieutenant Colonel A, pictured with an F16. “The covenant that exists between the State of Israel and the Druze community is very strong; we are an inseparable part of Israel.”

“My community made a huge party with all of the local sheikhs and hundreds of guests. From my community’s reaction I understood that it was a big achievement.”

Now 38 years old, and a father of three, Lt. Col A, lives with his family at the Hatzerim Air force base in the Negev desert. Originally from the Carmel region, he is following in his father's footsteps defending Israel’s security. His father was a Brigadier General in the Police Force, while his grandfather, although born in Syria, made history becoming the first Druze officer in the IDF.

Lt. Col A's grandfather was originally a commander of Druze soldiers aligned with the Syrian army who invaded the newly-created State of Israel in 1948. He dramatically changed sides in the war.

“At first, my grandfather thought it was an ambush, but then he believed what he had been told and returned to Syria. When senior officers heard he had refused to follow his orders, he was sentenced to hang.” 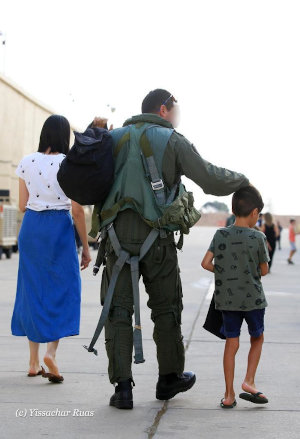 With his wife, and son. Lt. Col A has three children and lives with his family at the Hatzerim air force base in the Negev Desert.

His grandfather managed to flee across the border to Israel.

“The Druze community took him in, kept him safe and taught him some Hebrew. Soon after, he was made an officer in the IDF.” Lt. Col A's grandfather fought in the Six Day War, and was awarded a medal of bravery.

His grandfather died ten years ago. “We were extremely close,” he says. “I would go to him every day after school to drink coffee and talk together. When I finished the pilot’s course, he said it was the happiest day of his life. He said it was like a dream and closed the circle for him.”

“I always try to tell my family’s story to the other soldiers I meet. I feel it brings the soldiers closer together.” He adds, “The covenant that exists between the State of Israel and the Druze community is very strong; we are an inseparable part of Israel.”

During the Second Lebanon War in the summer of 2006, Lt. Col A was called to defend the north of Israel. “I was defending my own home and my family. I was part of missions destroying Hezbollah rocket batteries and launch pads. It was a great feeling of pride to be able to do this.”

Over the years, Lt. Col A has defended Israel in multiple operations and wars including Operation Pillar of Defense in 2012 against rocket attacks from terrorist groups in the Gaza Strip and in Operation Protective Edge two years later. 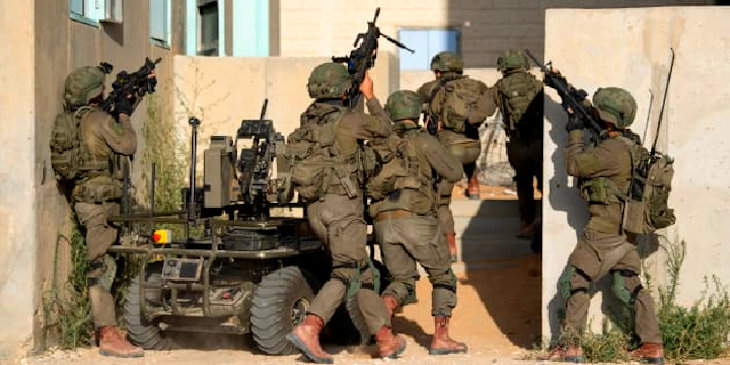 With communities also in Lebanon and Syria, Israel’s Druze soldiers have often found themselves in situations fighting against family members.

“It is complicated,” Lt. Col A says. “My grandma lives in Lebanon, but I have no dilemma. One of the major tenets in our religion is an absolute commitment in defending the land where you live. Druze soldiers will give their life for this country.” 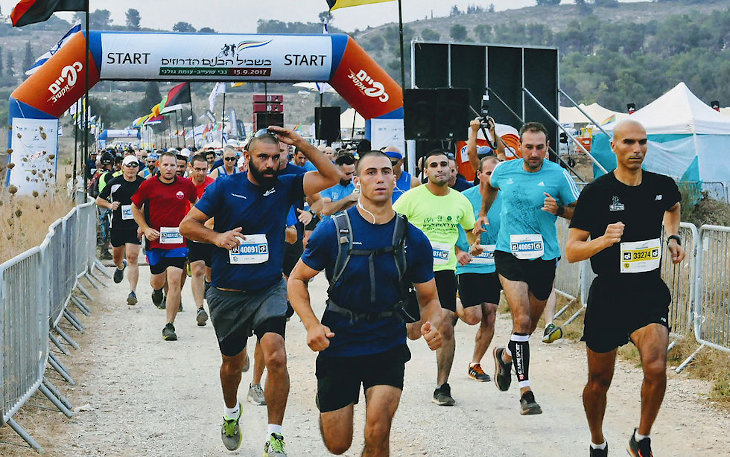 With a wife and three children aged 9,10 and 11, Lt. Col A acknowledges, “It’s not easy to be a family man during war times. The Israeli air force is one of the safest in the world, but like all things in life, there are dangers and I try to keep some things from my children.”

After several years of intense active duty, today Lt. Col A is now the Commander of the IDF Flight School. His responsibilities include overseeing the courses and training which prepare junior and senior officers for operations and for war.

In this role he has helped to establish several military academies within the Druze community which serve as feeders from schools to the air force.

“It sounds strange, but my best friends in the air force are religious and traditional Jewish soldiers. We share a love of tradition and that brings us together. I also have some friends who are Muslim Arabs. Most of them really respect what I do and an increasing number are choosing to enlist to the IDF and take more of a part in the country.

“As Druze soldiers, we certainly feel a sense of appreciation from other Israelis." Lt Col A concluded. "I am so proud to be Israeli, that I have reached such a high rank in the air force, and that we are now such an integral part of the army.”

Death of a Hero

The Candle of God
It Takes A Lot Of Faith To Be An Atheist
How Instagram Brought Back This Nostalgic Soup
What Makes Eli Run?
Comments
MOST POPULAR IN Israel
Our privacy policy