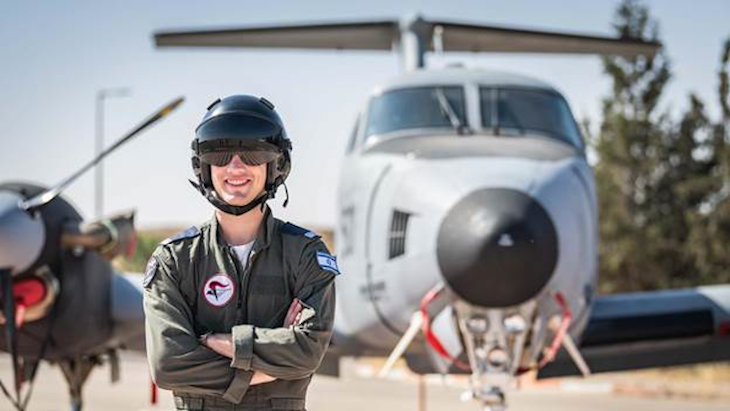 For Lieutenant C, one of Israel’s newest air force graduates, a poem written by a 13-year-old Holocaust victim about flying an airplane to the Holy Land has been a source of daily inspiration ever since he read it nine months into his training.

“When I am twenty years old,” Abramek Koplewicz wrote in his poem entitled Dream, “In a motorized bird I’ll sit, and to the reaches of space I’ll rise. I will fly, I will float, to a beautiful faraway world…” 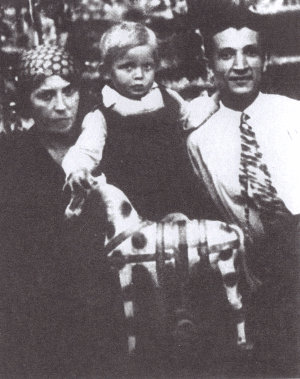 Abramek, aged 1 with his parents Mendel and Yocheved Gittel

The only son of Mendel and Yocheved Gittel Koplewicz, Abramek was ten years old when he and his parents were ordered into the Lodz Ghetto by the Nazis in 1940. A talented writer who wrote stories, poems and a diary in a notebook his parents gave him, he was deported to Auschwitz in 1944. Dream was written in 1943 when Abramek was just 13 years old and is now displayed in multiple languages in Yad Vashem’s gallery dedicated to the Lodz Ghetto. 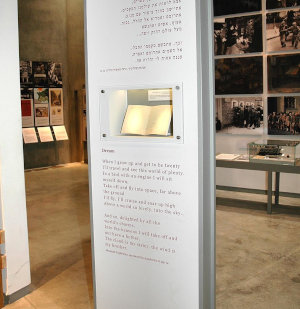 Lieutenant C’s father moved to Israel from South Africa at age 18 and served in an IDF combat unit. “I definitely grew up with the understanding that others were defending me and that one day I would be one of those doing the defending,” C says in an Aish.com interview. “I never really had particular ambitions of being a pilot.”

Growing up in a religious home, C points to the values that have shaped his decisions. “I grew up with a feeling that you should always try to do your best in life, and that wasn't only about which career to choose, but also about what you do for the world and having a good heart. Every week my mother would make coffee and cake for the cleaner of our building and my father and I would give it to him. Small acts like this have motivated me to be the best I can, and I also try to do that for the betterment of the Jewish People.”

When C was 16, about to begin the last two years of high school, his family moved to New York for his father’s work. “Living in New York was great and I really enjoyed meeting new people, but it was obvious to me where my home was.” When he turned 18, despite his family staying in New York, C returned to Israel to enlist as a lone soldier.

“I would have been happy serving anywhere in the army as long as I was doing my best,” C says. “I was asked if I wanted to try out to be a pilot and thought why not give it a shot.” Passing psychometric and physical tests,  was admitted to the flight academy and began an intensive three years of training. 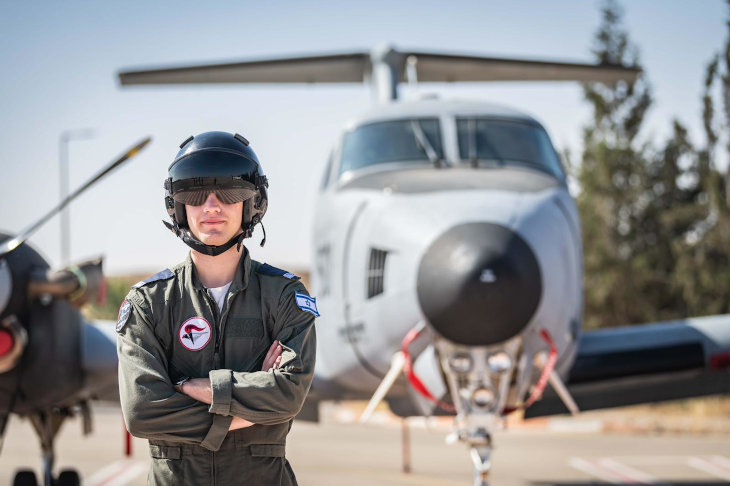 “The army needs people everywhere in so many different units,” he reasoned, “It was only after reading Abramek Koplowicz’s poem that I felt the magnitude of why and how I was serving Israel. As I read this boy’s dream about flying, I could see a reflection of myself in the uniform of the air force academy.”

Along with the other air force cadets, C had taken a week out of combat training for a weeklong IDF educational seminar. One of the days included a trip to Yad Vashem.

“I don’t know how long I stood there reading it but I was literally shaking and weeping as I realized I was living out his dream. I couldn’t speak.” 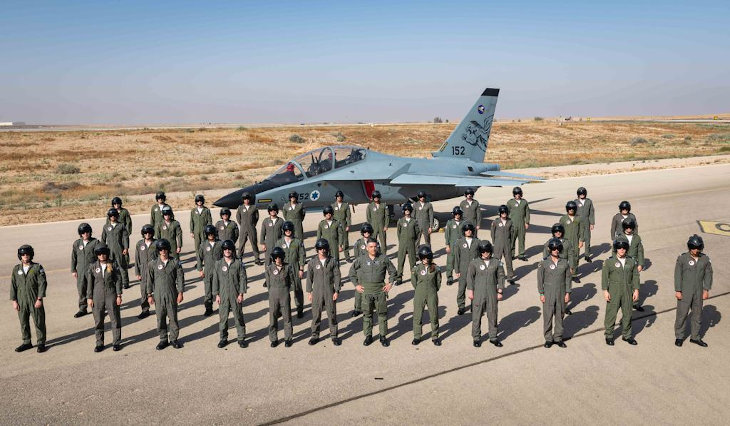 C is pictured among Israel’s newest class of pilots, who will serve the Jewish People from the skies for the next 7 years.

“In the air force, the planes are named after birds. So when I read those words 'I’ll sit in a bird with an engine,' I felt even more connected to this little boy’s dream. He wrote down the poem and memorized it. “When I first began flight training, I said over the poem before takeoff and every time since I have stepped inside a cockpit to fly. It reminds me that I am living his dream every time I fly.”

A phone call from Abremik’s family

As part of his training, cadets were asked to write about something meaningful to them. C wrote about the poem and what it meant to him. His words were later published on the official website of the IDF. 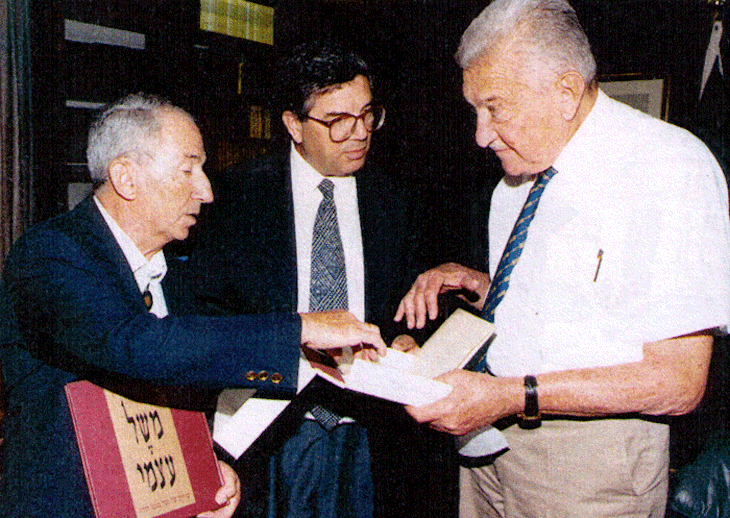 After the article was published, C received a phone call from Adam Grunfeld, the son of 96-year-old Lolek Grunfeld, Abremik Koplewicz’s half-brother. “Adam explained how Lolek had spent much of his life educating about Abramek and his writing, ensuring his memory stayed alive.”

He explained that when the Koplowicz family had been deported from Lodz to Auschwitz in 1944, Abremek’s mother Yocheved Gittel had been sent to the gas chambers straight away while he and his father were sent to to forced labor. Mendel would leave his son in the barracks in order to protect him from the ordeal, but one day he returned and his son was gone. The Nazis sent all those inside to their death. 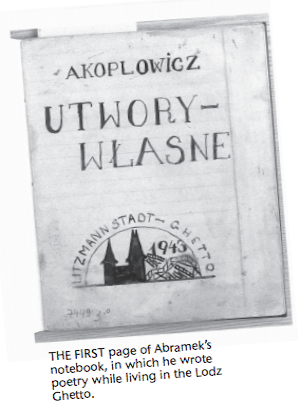 Mendel survived the Holocaust and later moved to Israel where he published his son's writing, eight poems in total. After Mendel’s passing in 1983, the task of preserving Abramek’s memory passed to Lolek, who officially presented Abremek’s notebook to Yad Vashem in 1995, where it has been displayed since.

“It was the most incredible phone call and a feeling of being so connected. Adam wanted me to know how much it meant to his father that I had helped preserve Abramek’s words.”

Perhaps sensing his brother’s dream has finally been given its wings, Lolek passed away two months after C graduated.

“I hope very much to be able to meet Adam and the other members of Lolek’s family very soon.” 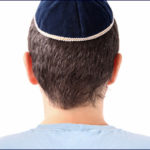 One Town, 7 Churches, No Synagogue & My Son’s Kippah4 min read 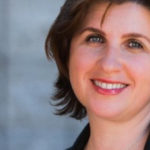 In the Shadow of Chernobyl, I Found Out I was Jewish at Age 1615 min read 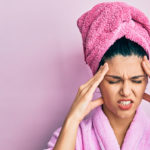 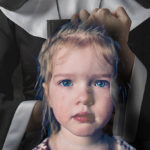