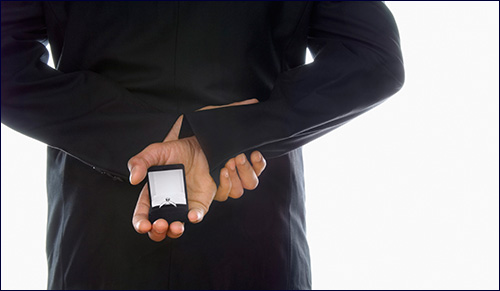 With abiding love, my husband designed my unique ring. I opened the box and was aghast. I hated it.

I was tempted. Newly engaged, my fiancé had taken me to New York’s Diamond District to look at rings. The place was a wonderland of jewelry; store after store all selling the most dazzling creations. But we weren’t shoppers today. This trip was for strictly ideas, my fiancé explained. He knew a jeweler – a friend of the family – who would make up a ring for me, and my husband would design it. All he needed to know was what sort of ring I liked.

I looked at the ring the dealer was offering. It glowed in the sunlight. It was everything I’d dreamed of – a small sapphire, old fashioned and sweet. Mistaking our silence for bargaining, the vendor dropped his price lower and lower. It was beautiful. For years afterwards, I thought of it as the engagement ring I should have had.

“It’s nearly ready!” my fiancé called and told me a few weeks later. He’d been to his friend the jeweler and designed my ring. I was so touched. This was the nicest thing anybody had ever done for me, choosing a stone and making a beautiful ring – just for me! For weeks, I was fairly bursting with excitement – about getting engaged, about planning our wedding – and also anticipating my ring.

I opened the box and the crowd applauded. My husband beamed. I stood there one moment – aghast.

The big ring moment came one evening as we walked to dinner. We’d just left my apartment and as we crossed the street, I noticed my purse wasn’t closed. Looking into it, I saw a jewelry box. My soon-to-be husband’s eyes glowed and a grin broke out over his face. I took the box out of my bag. Some pedestrians stopped on the corner near us, watching us, then more joined them. Soon a small crowd was watching me open the small box – I’m sure they all thought he was proposing to me right there in the road. I opened the box and the crowd started applauding. My husband beamed. The strangers around us beamed. More passers-by stopped – they all beamed at us too. I stood there one moment – aghast.

I quickly pasted a big smile on my face too. “It’s beautiful!” I cried, my voice ringing hollow in my ears. “Gorgeous!” I said, as I slipped the ring. “Thank you!” I said as the crowd started to disperse.

As we sat at dinner, I kept glancing worriedly at my ring – which didn’t resemble what I wanted in the slightest. He read my ogling of it as pleasure, but one thought desperately kept running through my mind: Can I ask him to take it back without hurting his feelings? One glance at his proud, smiling face told me: no. This ring, which wasn’t what I wanted, was mine.

“Oh,” said a colleague at work the following Monday, gazing at my newly-bejeweled left hand. “Is it old?”

“No,” I replied through gritted teeth. “My fiancé designed it.”

My boss was blunter, taking one look and asking if I was going to get a different engagement ring after I was married. Clearly, my ring was unusual-looking and not just to me.

For years, this troubled me – I’d gaze down at my hand and remember the shining sapphire engagement ring I’d once dreamed might be mine. But life got busy very quickly – within a year we had a baby, then another and another. I still wore my ring, but it often had bits of dried baby spit-up on it, like the rest of me. I no longer expected it to glow, to light up my room. It became part of the landscape. After a while, I hardly noticed it any more.

Until years later, a dear old college friend came to visit. She had a high-level corporate job now, and looked the part -- incredibly put-together, with gorgeous clothes and jewelry. For the first time in years, I looked at my appearance critically. As we chatted away, I told her what I’d never said before: that I’d never gotten used to my engagement ring, that it still rankled me, that I’d love to change how it looked. I gazed at my friend’s tasteful, classic jewelry and longed for a moment to be so elegant too.

“Oh really?” she asked mildly. “I’ve heard that women who change their engagement rings for something nicer have a higher divorce rate.”

Among those who’d said they were willing to change their rings, a staggering 81% were divorced!

Turns out my friend was right. In 1988, Diamond Cutters International conducted a poll, asking brides whether they would consider “trading up” their engagement ring diamonds for bigger gems once they were married. Fifteen years later, those answering no had a divorce rate of 22%, while among those who’d said they were willing to change their rings, a staggering 81% were divorced!

In a flash, a line from the Ethics of the Fathers came to me: “Who is rich? One who is happy with his lot” (4:1). I needed to start appreciating my ring. I glanced at it again. For the first time I thought of it not with disappointment but gratitude: the ring my husband designed, the expensive, personal gift he gave me, this token of his love. I looked at my ring, abashed. I’d lived with it so many years, barely appreciating it, and at that moment I decided to make the decision to love it.

It might not have been the ideal ring I dreamed of years before, but it’s the ring I’m wearing in the pictures when I’m holding my new babies. It’s the ring I’m wearing in photos from vacations through the years, from photos of my birthdays, school plays, anniversary dinners, my son’s bar mitzvah. It’s the ring I wore while I was in the hospital with my husband when he had surgery; it’s the ring that was on my finger as I took my father to doctors’ appointments. This ring, I realized, has become part of me. And I actually started appreciating its unique style. Most of all, I now see my ring as something more than another piece of jewelry. It embodies my husband’s passion and hard work and sparkles with his sweetness and love. It is truly something beautiful.

The Spanish Inquisition and Me

Right Where You're Supposed to Be: This Really Happened

How to Maintain Your Connection with a Deceased Parent
Should I Break Up, Get Engaged or Keep Dating?
Time Is Your Precious Commodity
A Constant World in Flux
Comments
MOST POPULAR IN Spirituality
Our privacy policy