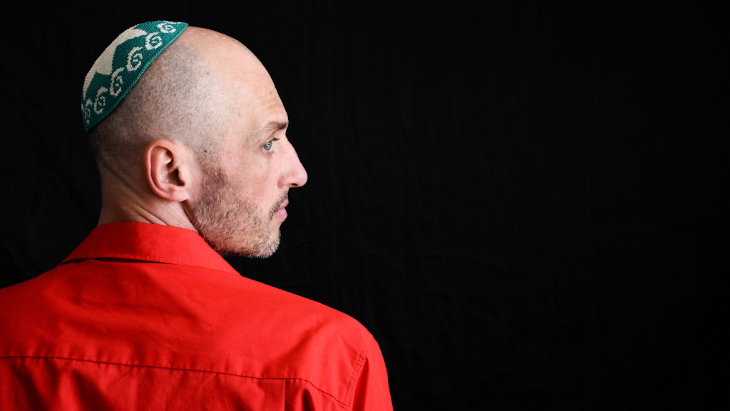 Privilege is not a luxury, it’s a legacy; it isn’t a free pass, it is a weighty responsibility. Privilege shouldn’t breed entitlement, it should demand exceptional behavior.

One of the many important national conversations taking place these days involves recognition and awareness of privilege. To some people, privilege is a negative thing and something to be ashamed of. I don’t see it that way.

Privilege is not a dirty word. To be clear, it is critical to be aware of whatever privileges one is blessed with, recognize and appreciate that others do not share that blessing, and incorporate that awareness and recognition while demonstrating care and compassion for others. Nevertheless, one needn’t apologize for privilege or be ashamed or feel guilty for having it. Quite the contrary, privilege is, well, exactly that – a privilege. One should be grateful for, appreciative of, and most of all feel tremendously obligated by the privileges we have.

We Jews are particularly privileged, but not in the way you may think.

By these definitions, in the context of history, and even now, Jews are among the most underprivileged people. We have been the target of libel, false accusations, assumptions of guilt. These aren’t part of ancient history. A blood libel occurred in Massena, New York, in 1928. We have been denied access and opportunity. As recently as the 1970’s Jews and blacks were unabashedly denied entry into country clubs in South Florida, an area thought of today as “so Jewish.” Many had signs that said “No dogs, no colored, no Jews.” And it wasn’t that long ago that Jews were similarly denied or limited to enter universities and graduate schools. In 1935, a Yale dean instructed his admissions committee: “Never admit more than five Jews.” Harvard’s president wrote that too many Jewish students would “ruin the college.”

The current attention to racism in America and the fight for racial justice is important. Racism is an evil we must actively, categorically reject. We should also be aware, and make others aware, that anti-Semitism is on the rise globally and there remain entire nations and countless individuals who seek the extermination and elimination of the Jewish people. Just last week, what are widely considered A-list celebrities with large social media presences praised Louis Farrakhan, a vile, unapologetic anti-Semite. In 2018, Farrakhan warned his 335,000 followers on Twitter about “the Satanic Jew.” As recently as October, 2018 Farrakhan told his followers in a widely-attended and shared speech, “When they talk about Farrakhan, call me a hater, you know how they do – call me an anti-Semite. Stop it, I’m anti-termite!”

In many places around the world, including too many in the United States, a Jew feels the need to remove a yarmulke or outer Jewish symbols to feel safe. There is no privilege to protect him.

I share this all not to make the argument we are more underprivileged or victimized by prejudice than anyone else, but that even today, access and opportunity, assumption of innocence, and especially safety and security, are not privileges the Jewish people can so readily count on and enjoy.

So what do I mean that we are particularly privileged and should be proud of it?

Privilege is not only about the way you are thought of and treated by others, but about how you think of and behave yourself. Privilege is not how others treat you but how you treat others. It isn’t what others do to you, but what you do with what you have.

For a Jew, privilege doesn’t mean access, opportunity, or favors. It means responsibility to live elevated, meaningful lives, to repair the world, to be of service to others.

God wanted to give a zechut , a merit, to the Jewish people so He charged us with an abundance of Torah and mitzvot. What does zechut mean? When we host a distinguished guest or speaker, they are often introduced with “what a zechut it is to have so and so.” Zechut literally means privilege. God wanted us to be privileged so He trusted us and charged us to live virtuous and righteous lives and to transform His world in His vision.

For a Jew, privilege doesn’t mean access, opportunity, or favors. It means responsibility, an awesome responsibility to set an example, to live elevated, meaningful lives, to repair the world in His image, to be of service to others. It means to rise above how we may be treated by others and to treat all with dignity, respect, and honor.

We have the privilege of studying Torah and being inspired by its timeless lessons. We were given the privilege of the instruction manual to life including the 613 commandments. We bear the privilege of being asked and expected to be at the forefront of fighting for justice, equality, fairness, and truth.

Rav Yitzchak Hutner, the great Rosh Yeshiva of Chaim Berlin, once stood before a Torah U’Mesorah convention, a gathering of Jewish educators from across the country. He suggested to them that he could summarize their entire duty, their task, in five Hebrew words. If nothing else, their job, their role, and their mission of inspiring the Jewish future came down to their ability to communicate to the next generation “asher bachar banu mi’kol ha’amim, (Who has chosen us from among all the nations) – we are to be exceptional.” If a Jewish child walks away with nothing else from their Jewish education, minimally they must be made to feel that we are exceptional, privileged to be charged with being different.

Being privileged should make us feel obligated and bound to live more ethically, act more sensitively, conduct ourselves more honestly, and proclaim our faith in the Almighty with pride and distinction, and never with shame or embarrassment.

A Jew never focuses on his own entitlement, but rather thinks how his resources can be better used to advance good in the world, including for the “underprivileged.”

Part of the responsibility that comes along with our privilege is to use whatever material privileges we have for the good. Despite the many challenges Jews have faced throughout the generations, most of our communities in the 21st century are blessed with the trappings of material and social privilege our ancestors would never dream of. We don’t have to and shouldn’t apologize for that; however, we must recognize that a Jew never focuses on his own entitlement, but rather thinks how his resources can be better used to advance good in the world, including for the “underprivileged.”

Privilege is not a luxury, it’s a legacy; it isn’t a free pass, it is a weighty proposition. Privilege shouldn’t breed entitlement, it should demand exceptional behavior.

I’m proud of my Jewish privilege and I hope my children will be too.

The Tragedy In Toulouse

A Holocaust Survivor’s Last Request
Blocked Goals and Anger
Why the Mezuzah is Placed on a Slant
Faith: the Axis Upon Which the Wheel of Science Turns
Comments
MOST POPULAR IN Israel
Our privacy policy