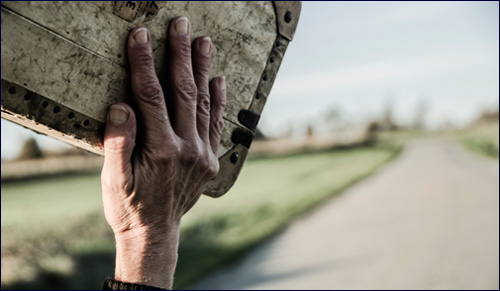 A South African representative offered my mother, a war refugee, a ticket to freedom. “You’re white. That makes you a first class citizen.”

In the summer of 1968, when the Soviets reasserted their dominance over Czechoslovakia, they drove their tanks into Prague, the capital, and into a quiet Slovak border town called Michalovce where my mother lived.

The sound of tanks rolling down the main street woke my mother and she ran into the streets where her fellow citizens of Michalovce tried valiantly, but in vain, to stall the invasion of their homeland. Those who spoke Russian argued and pleaded with the soldiers. Others tried to sabotage the Soviet advance by turning around street signs in an attempt to confuse and disorient the army. All to no avail.

The Warsaw Pact Invasion of 1968 reinstated complete and total Soviet control over Czechoslovakia.

In the first few weeks after the invasion, border control with adjoining countries had not yet been taken over by the Soviets and was still manned by locals. Through a friend of a friend, my mother's family was able to expedite passports for her escape.

At the age of 22, with her parents’ promise that they would follow when they could, my mother packed two suitcases and boarded a bus to Austria, under the auspices of a brief vacation.

Once in Austria, the stress of the escape caused her to break out in painful hives which she endured for the next six weeks. Though fluent in Czech, Slovak, Hungarian and Russian, she studied day and night to learn German so she could navigate the city, the systems, the unknown future. She spent many hours just walking, watching the rich Austrians sit in the outdoor cafes, eating Sacher Torte and drinking coffee, wondering and worrying about her own lack of money.

My mother was regaled with promises of a two bedroom house, a nice yard, fine linens, and a servant.

Through the assistance of a Jewish Agency, to which my mother would always be grateful, she sought options for relocation. Austria offered her permanent residence but she felt it was too close to her turbulent homeland. Australia offered sanctuary, but she felt it too far. There was also Canada and South Africa.

When my mother met with the representative from South Africa, she was regaled with promises of a two bedroom house, a nice yard, fine linens, and a servant.

My mother did not want to seem ungrateful but with nothing to her name and no one to claim her, my mother asked, as politely as possible, why she deserved such generosity.

The representative explained that the social system in South Africa needed upholding. It would not have been seemly for someone like my mother, the representative said, to be poor and destitute. It would have been detrimental to their class system for my mother to live financially on par with the native population.

“You're white,” the representative told her. “That makes you a first class citizen.”

When Communism first came to Czechoslovakia in the late 1940's, my grandfather, grateful to the Russians for having helped liberate the camps, felt it his duty to join. But when he walked into the recruitment office, he saw that the room was filled with former Hlinka Guard. The men responsible for killing his sister, forcing him, his wife and child into hiding, and placing his brothers-in-law into forced labor camps, became the head of the Communist party in his town.

While there were no more death camps, the atmosphere of anti-Semitism in Czechoslovakia did not change. My mother grew up unable to openly claim her Jewish heritage. Once a year in elementary school, the teacher called on students to rise and state their religion. The first would stand and say, “Catholic.” The next, “Protestant.” The next, “No religion.” And on it went around the room. All the children who stated “no religion” were Jewish.

Throughout her childhood my mother saw synagogues razed to build parking lots, and Jewish cemeteries desecrated. She lived through daily humiliations and silent sorrows.

When they had been forced into hiding, this woman had ransacked their home and taken belongings for herself.

One day in her youth, she accompanied my grandmother to visit a non-Jewish friend they'd known before the war. The woman would not let them inside her apartment. They visited repeatedly, always denied entry. Finally my grandmother, suspecting something, forced her way through the door. There, inside the apartment, she saw all her old belongings. Apparently, when they had been forced into hiding, this woman had ransacked their home and taken belongings for herself. The deep rooted anti-Semitism of Czechoslovakia was such that she did not feel the need to return it, nor did my grandmother have any recourse to reclaim her possessions.

My mother sat across from the representative of South Africa, penniless, alone, with only two suitcases of clothes, and a college degree worth nothing. He was offering her a home, financial security, servants, social status.

All because being white meant she could be a first class citizen.

My mother did not hesitate. “No,” she replied.

The representative was surprised and asked why my mother would decline such an offer.

“I just came from a country where I was a second class citizen,” my mother said. “I would never do that to another human being.”

Land of Hope and Dreams

I have spent my life grateful to, and inspired by my mother. She turned away from safety and comfort to be true to her ethical convictions and follow the purest of God's truths: Love your fellow as you love yourself. 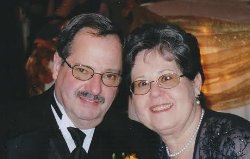 Her simple, yet powerful, decision in that one moment taught me that this truth does not only apply when it is convenient to uphold. It’s in those hardest of times, when our fear and anxiety rise to the surface, that it becomes most important to remember our values and commitments to each other, to love one another, even when we cannot expect anything in return. To love, even when it is frightening or seemingly futile.

Instead of choosing the safe, secure path offered by the South African representative, my mother came to Canada. She spent six months learning English and then emigrated to the United States. She cleaned hotel rooms and worked her way up to bookkeeping. Eventually she met and married my father and went back to school to earn her second Bachelor's, then a Master’s Degree so she could become a school teacher. All while raising three children.

Recently, my eight-year-old daughter wrote a paragraph on her family history for school. She wrote, “My Oma was born in Czechoslovakia. In her country she had no freedom of religion or speech. In 1968, she escaped and came to the United States. Because of her courage, I live in a country where I am safe and free.”

My daughter gave this essay to my mother as a Hanukkah present, a holiday we can openly observe with joy because of my mother's journey. We may not know the impact of sticking to our ethical convictions, but in time God shows us that no act of love is ever insignificant.

Losing Ben
It Takes A Lot Of Faith To Be An Atheist
How Instagram Brought Back This Nostalgic Soup
What Makes Eli Run?
Comments
MOST POPULAR IN Spirituality
Our privacy policy