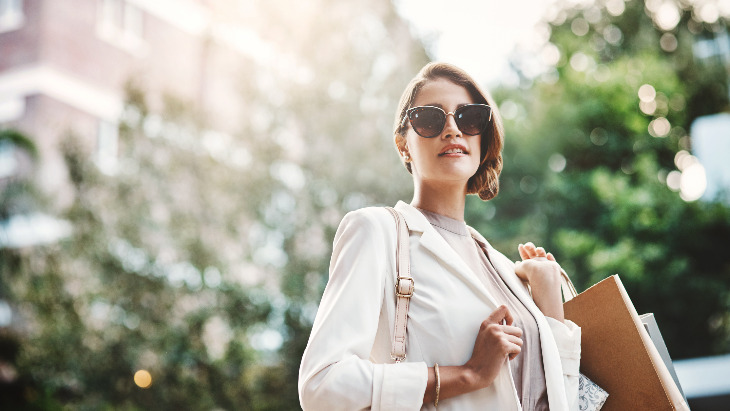 Perhaps it's no accident that the name Karen is very similar to the Hebrew word keren.

The name Karen gets a lot of hate these days.

A Youtube search of the name will return hundreds of videos showcasing white middle class women in the midst of angry freakouts, colossal triggerings, and lengthy tantrums. Most of them aren't named Karen but the name has become synonymous with an entitled and outspoken woman who is itching to use her white privilege to speak to the manager.

The phenomenon seems to have started with memes on websites like Reddit.com and has been referenced all over popular culture, including SNL. Perhaps the most infamous of incidents attributed to Karen-culture was the viral Central Park video where a white woman called 911 when an African American man asked her to leash her dog, as per park rules.

Although it's unclear exactly how the stigma became associated with the name Karen, there is an interesting coincidence that I've noticed in reference to the Hebrew word keren, spelled with the Hebrew letters kuf, reish, nun sofit. The Hebrew word means a ray of light or an animal's horn, and is popular woman's name.

The root of the Hebrew word k-r-n means to project upward. The Hebrew root is the words most inherent form. As grammar, vowels, and other letters are added, the word changes meaning, but always relates back to the root. In modern Hebrew a projector is makren. 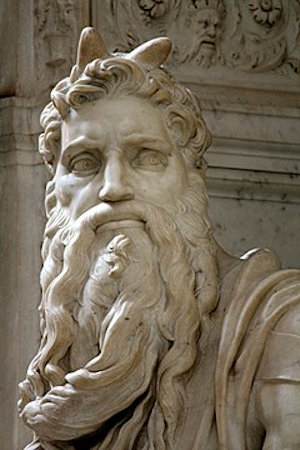 In the book of Exodus k-r-n means radiating or shining and is used to describe Moses’s brilliant face after coming down from Mt. Sinai. (Side note: this was mistranslated by Michelangelo who took it to mean “horns,” which is why he sculpted Moses’s statue with horns, a possible origin for the antisemitic stereotype.) The book of Ezra uses the word to describe how Israel will exalt or blossom.

In the Silent Amidah prayer, we ask that the Messiah come soon to redeem us – "Blessed are You, God, matzmiach keren yeshua, Who causes the keren of salvation to flourish." Artscroll translates keren as pride, Chabad translates it as power.

Most baby naming websites will tell you the English name Karen is of Scandinavian origin and that it means pure. But the rabbis of the Talmud insist that when it comes to words and name similarities, there are no coincidences. So with that in mind, how are we supposed to interpret this similarity between our generation’s most mocked name and the prophesied figure we should all model ourselves after?

Perhaps the connection between the English and Hebrew terms is that they are mirror images of each other.

First off, Karens don’t deserve this. The truth is the behaviors of entitlement, selfishness, and unwarranted outrage could be used to describe so much more of American culture than just white women's privilege. Turning a name into an insult isn't constructive, and in this instance, it’s misogynistic and creates a negative stereotype that denigrates a group of women. In Jewish parlance, this is called lashon hara, derogatory speech, which is a big no-no in Judaism.

The Hebrew word for word is dibur. The same root is also used for the word thing, davar. Our words create a reality. Imagine if you saw someone that you might consider for a job. But then your friend says, "See that person over there? She's a really angry person, you don’t want to get on her bad side." You’re probably not going to hire her, and you’ll likely start interpreting her actions as motivated by anger.

Perhaps the connection between the English and Hebrew terms is that they are mirror images of each other. As a pejorative, Karen symbolizes an outburst stemming from undeserved pride and self-righteous indignation. Their outrage is self-serving; they protest injustices that inconvenience them through victimization.

The Hebrew term keren connotes the opposite. In the context of the Messianic redemption, keren symbolizes the emerging coalescence of a nation's commitment and sacrifice to fulfill its destiny to shine light and justice to the world. It describes a radiance that comes from genuine achievement and hard work.

May all the Karens of the world, whether they're male or female, white, black or brown, channel their outrage and righteous indignation for a cause that is bigger than their own discomforts, embodying the radiant spirit inherent in the Hebrew word keren.

To Parents of the Pediatric Psych Ward

Curiosity Changes the World
Do You Like Slow-Cooked Food? Thank the Jews
Ashkenazi Style Cholent Recipe
Were Adam and Eve Jewish?
Comments