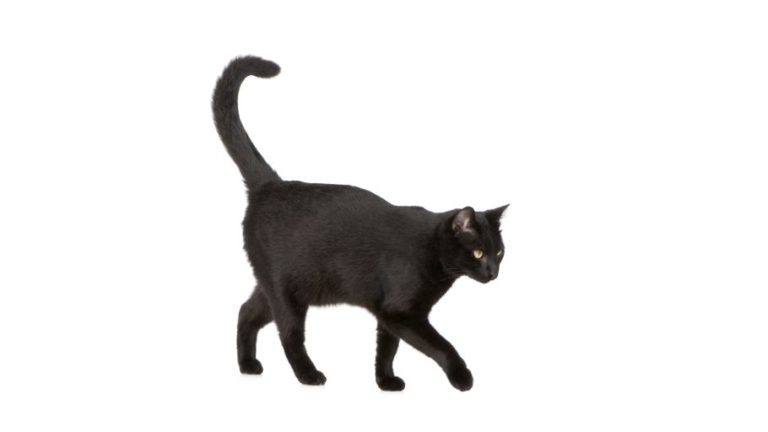 Who’s afraid of Friday the 13th and black cats?

Western culture is full of superstitions, from Friday the 13th to black cats. Yet these fearful customs have no place in Judaism. In fact, the Torah warns us against believing in lucky numbers, superstitious sign and listening to diviners. We are commanded to put our faith in God instead (Deuteronomy 18:9-13).

Here is the background to some common superstitions, along with Jewish views about items that many of us have been conditioned to fear.

The Torah cautions “you shall not believe in lucky times” (Leviticus 19:26). Yet many people continue to view Friday the 13th as a scary day on the calendar. That’s because Friday the 13th combines two western superstitions: the belief that Friday is an unlucky day and a fear of the number 13. Belief that 13 is an unlucky number is so widespread that some buildings in the U.S. don’t contain a 13th floor, with numbers skipping from 12 to 14. There’s even a medical condition called Triskaidekaphobia, meaning an irrational fear of the number 13.

These fears can be traced to Christian beliefs. Jesus is thought to have been crucified by the Roman authorities who ruled Judea in his time on a Friday, and he is thought to have been turned into the Romans by his 12th follower (who joined him for dinner the night before his death, becoming the 13th guest at a feast.) Both Friday and the number 13 began to be seen as sinister for these reasons.

In Judaism, both Friday and the number 13 have very positive connotations. Each Friday, Jews around the world joyfully welcome Shabbat. And there are 13 Attributes of Mercy of God that He revealed to Moses that Jews for millennia have used as a prayer for Divine compassion. Far from being unlucky, in Judaism the number 13 reminds us of God’s infinite mercy.

Throwing salt over your shoulder

This old fashioned superstition believes that spilling salt is bad luck – and that if you do, throwing some salt over your left shoulder will ward off misfortune. In the Middle Ages, salt was extremely rare and expensive, and spilling it was seen as a great loss. Linking spilled salt with bad luck also might date to early Christian tradition which saw spilled salt as an evil omen.

In contrast, salt has positive connotations in Judaism. Salt was a fixture in the ancient Temple in Jerusalem; this tradition continues today when we place salt on our Shabbat tables and sprinkle some over our challah before eating bread. Salt is preserver, and dipping bread into salt signifies elevating the physical and channeling it to a spiritual end, transforming the transient material world into something eternal. The Jewish people are also compared to salt: like salt, the Jewish people never grow stale, but endure forever. So feel free to pour that salt.

The superstition that it’s unlucky if a black cat crosses your path likely has its origins in Medieval Europe: it was thought that cats and other animals assisted witches in casting their spells. Black cats in particular evoked the terrors of night-time and so were thought to portend bad luck.

In Judaism, cats – whatever their color – have positive associations that we can learn from. King David noted that cats pursue their goals without letting up: anyone watching a cat chase a mouse until it catches it will understand what the great king of Israel meant (Perek Shira). Jewish sage Rabbi Yochanan observed that cats, which are so neat and fastidious, are an example of modesty to which we should aspire (Talmud Eruvin 100b).

In western culture breaking a mirror is said to bring seven years of bad luck. Some superstitious people believe this can be averted by burying the broken mirror shards by the light of a full moon. This superstition seems to date back to Roman times when it was widely thought that a part of one’s soul was trapped in a mirror’s reflection. Breaking the mirror was akin to breaking one’s soul.

This belief flies in the face of Jewish thought, which views our souls as perfect and complete, and in no way able to be trapped in a mirror or broken.

Far from being objects of fear, mirrors have been powerful vehicles to do good in Jewish life. When we were slaves in Egypt, many Jews despaired. Yet Jewish women demonstrated their steadfast faith by using their mirrors to make themselves beautiful and attract their husbands’ attention to ensure the continuity of the Jewish nation (Midrash Tanhuma). These mirrors were later used for a holy purpose in the Tabernacle; the copper laver was made out of them.

Judaism, with its powerful testament to the existence of one all-powerful God, certainly doesn’t believe in tree spirits.

While Jews don’t knock on wood when in order to avert bad luck, some Jews do say bli ayin hara, meaning that we shouldn’t be harmed by the “evil eye”. Some Middle Eastern cultures have their own rituals to ward off the evil eye (wearing red amulets, sporting a picture of a blue eye, spitting three times, wearing a hamsa, or picture of a hand), in Judaism the “evil eye” is commonly understood to be not some mysterious evil force, but the jealousy that can be aroused if we flaunt our good fortune.

Thinking about the “evil eye” – the envy we might arouse in others – can serve as a powerful reminder to not take blessings for granted. By saying bli ayin hara we’re re-centering ourselves, remembering to be humble and grateful and to keep in mind that others might not be so lucky.

Don’t walk under a ladder

There are many theories about the origins of the superstition that it’s bad luck to walk under a ladder. Some historians point out that ladders look like gallows. Some ancient people even believed that the spirits of those executed on gallows lingered at the base. This superstition is prohibited in Judaism, but carefully walking around a ladder in order to not disturb a busy workman or to avoid running the risk of falling paint or tools may be a prudent thing to do.

The belief that a rabbit’s foot brings good luck likely dates back to the ancient Celts who thought that rabbits – who spend much of their time burrowing underground – could communicate with spirits in the netherworld. The custom of carrying a lucky rabbit’s foot arose in the 19th century; some historians speculate that believers were influenced by the custom of some African slaves to make talismans out of animal parts.

The idea that an object can bring luck is completely foreign to Judaism. Central to Judaism is the idea is that God runs the world and that it is up to us to make the most of the opportunities we have to fulfill our unique goals. Prayer and Jewish rituals are tools to help us achieve our goals, but not because they contain any magical powers, but because they help train us to access and appreciate the spiritual side of the world.

There is nothing to fear about scary dates like Friday the 13th, and also nothing to be gained by carrying lucky charms. Perhaps the best way of summing up Judaism’s views of superstitions came from Jewish film producer Samuel Goldwyn who quipped, “The harder I work, the luckier I get!”

An Open Letter to Aish.com Readers from the Chief Editor of Aish.com