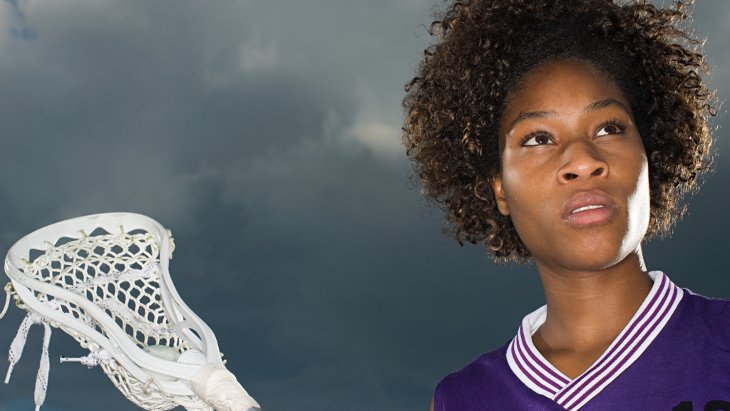 Israel’s players showed what it means to be a mensch.

The team recently competed in the 2019 Women’s Lacrosse U19 World Championship in Peterborough, Canada. In the playoffs against Kenya’s national team, Israel won handily, 13-4. But instead of rejoicing in their victory, the Israeli players left the game disturbed. They realized that they’d enjoyed an unfair advantage: while the Israeli players wore state of the art sports shoes with cleats, their Kenyan opponents wore plain old gym shoes.

After the game, three of the young Israeli players called their parents asking if they could help pay for new shoes for the Kenyan players. Without proper cleats, the Kenyan players found themselves sliding in the muddy parts of the field. One Israeli player, Ella Duvdevani, in particular was in a position to help. Her father Michael owns a ped-orthic clinic in the US. He was concerned about long-lasting damage the Kenyan players might be doing to their feet by playing in improper shoes.

That night, Michael Duvdevani called the team’s coaches, committee members and some other parents, and soon the parents of the Israeli players were all pitching in to buy new shoes for the Kenyan team. They asked the Kenyan coach for a list of each player’s shoe size and asked them to keep the gesture secret overnight.

It wasn’t easy to find so many specialty shoes at such short notice. The Israeli team turned to a specialty store which stayed open much of the night in order to source the shoes and fill the order quickly. By the following morning, the Israelis had bought shoes for each member of the Kenyan team. The next day, the Israeli team surprised their Kenyan friends on the field; each team member gave a bag containing a brand new pair of shoes to their Kenyan counterparts. It was an emotional moment, with the Israeli and Kenyan players hugging and crying together.

The bond they formed was lasting. Lielle Assayag, Israel’s goalie, said, “This is what I’ll remember in 20 years: my friends. My old ones and my new ones.”

The athletes didn’t seek publicity but Kenya Lacrosse posted a video on Twitter of the Israeli women delivering the new shoes to the Kenyan team on the field the day after they played. “Yesterday we played @Israel_Lacrosse and had no cleats...after supporting their game today, Israel surprised the whole Team on the sideline with brand new cleats!” Kenya’s team announced.

Even though Kenya’s Women’s Lacrosse Team only has a few hundred followers, the moving video went viral. Within days, hundreds of thousands of people had watched it.

After donning their new cleats, Kenya went on to win their second game in the championship, beating Belgium 16-9. “1 game in cleats today = 1 win!” they Tweeted, adding “You can’t help everyone but everyone can help someone.”

That comment resonates with Hillel's statement in Ethics of the Fathers, “In a place where there are no leaders, strive to be a leader” (Pirkei Avot 2:6). We each have to make a difference wherever we find ourselves. As the Israeli Women’s Lacrosse Team just showed, sometimes even a small gesture can make a huge difference in the lives of others.

Our Soldiers
Vayelech 5783: Regret and Repent
Rabbi Sacks: Focus On the Important, Not the Urgent
Put Your Foot Down: Are Human Feet Poorly Designed?
Comments
MOST POPULAR IN Israel
Our privacy policy
Aish.com Is Looking for Great Writers