In Search of a Kidney Donor 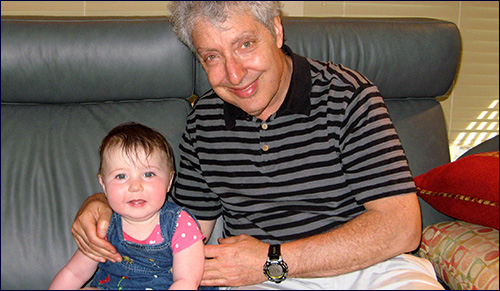 Jeffery Borenstein, an active member of Temple Beth Zion in Brookline, Mass., is suffering from kidney failure. Although dialysis is keeping him in reasonably good health, Borenstein needs to find a kidney donor soon. Dialysis is not a cure, just a life support system with a limited time frame. Each passing day lessens the prospects of a long-term solution.

After going through the traditional channels – hospital lists, websites and word of mouth – he is ramping up his efforts and trying a new strategy that relies heavily on social media. Borenstein has launched a website, www.jeffreyneedsakidney.com, and a Facebook page. With the help of a publicist, he is contacting the local newspapers and seeking radio and television interviews. He is hanging up posters around town and encouraging friends and family to do the same. 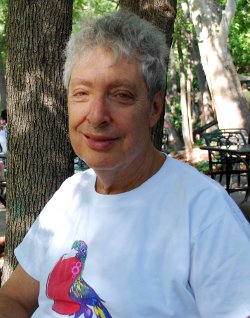 “It’s a very frustrating process,” says Borenstein, 68, who reads the Torah at services and is a member of several Temple Beth Zion committees. “People have come forward and volunteered to be donors but have not been a match for me, medically, so we go back to square one. I have tried family members and friends but they were disqualified for medical reasons or were unable to become donors.

“Just about every day I spend several hours searching websites, sending e-mails and making phone calls. I have had prospects but no one has made it to the finish line.”

He is hoping that his new campaign will yield better results. “It’s a different approach and it might work.” says Borenstein, who was born at Newton-Wellesley Hospital and lives a few blocks away. “All I need is one compassionate person who is a match, someone who wants to provide the ultimate gift of life.”

There is a history of limited success with this type of project. Melrose resident David Shakespeare took the same route last year and, after 10 months of pursuing social media, local publicity and poster-hanging, matched up with a living donor and had a successful transplant.

Borenstein’s health problems have been linked to a side effect from medication. Doctors first noticed diminished kidney functioning in 2000 and his condition steadily worsened over the years. He taught physics at Harvard Extension School from 1999-2012 but his deteriorating health forced him to leave the position two years ago and since May, Borenstein has undergone dialysis treatment three times a week.

Each dialysis session is four hours long and leaves him physically drained. At times, complications with the treatment have serious side effects and land him in the emergency room.

Missing even one session could have serious medical repercussions so he needs to stay close to his Newton home at all times. Borenstein and his wife, Lilly, enjoy socializing, traveling and being outdoors but these events need to be carefully planned to allow for the next dialysis treatment.

At one time, Borenstein led an energetic lifestyle that included skiing and other outdoor activities but, in addition to his diminished vitality, he can no longer tolerate cold weather. With a transplant, he can reclaim his life and his passion for the outdoors.

“It really takes a special kind of person, and I am optimistic that someone is out there who wants to help me,” says Borenstein, who lives in Newton, Mass.. “We’re all praying that this new campaign will help find that person.”

For additional information, see www.jeffreyneedsakidney.com. Borenstein can be reached at 508-216-0617or jborenst@verizon.net.

Click here to read about one woman’s experience donating her kidney to a stranger.

The Spin on Fidget Spinners